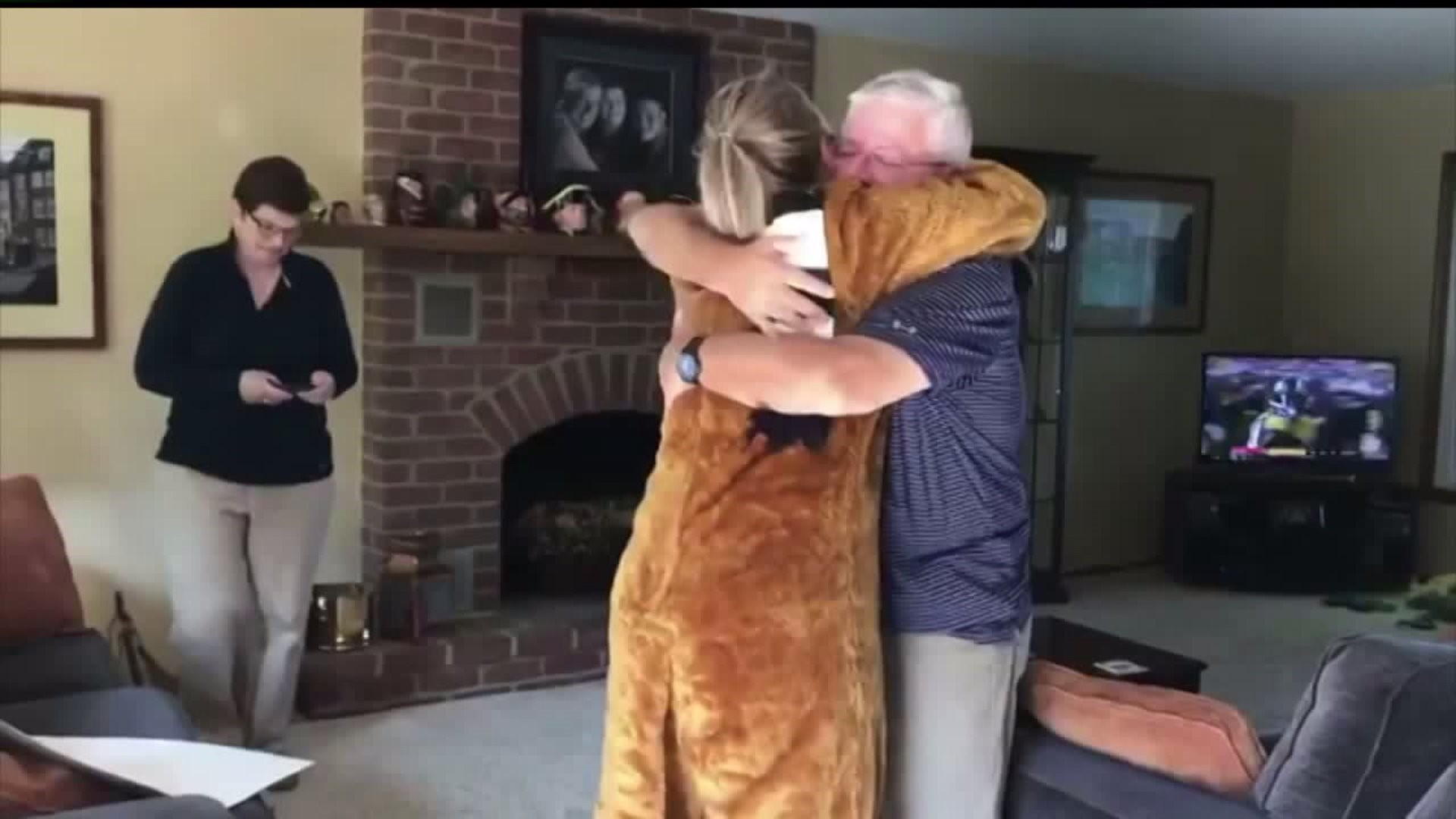 NEW CUMBERLAND, CUMBERLAND COUNTY, Pa. - Essentially strangers a few weeks ago, but now they're two people who have a bond they'll share forever.

Diagnosed with stage IV kidney disease in 2017 and put on the kidney donor list the following August, George Labecki's option moving forward was simple - wait for a kidney donation, that would likely take about five years. Trying to be proactive, the former Cedar Cliff teacher took to Facebook six months ago asking if anyone he knew would be willing to part ways with one of their kidneys.

"I'd been alerted that there were people in the pipeline but because of HIPPA laws they don't let you know very much," said Labecki. "I knew there were four people that were possibilities and there were two that were very strong possibilities but that's about it."

Labecki was hoping by Christmas he would find a match and would be able to receive a new kidney. As several people got tested to see if they could be a donor for Labecki, Lindsay Wenrich, a Cedar Cliff alum was one of them.

"I think at Cedar Cliff even if you haven't had a certain teacher, it feels like a really close knit family," said Wenrich. "So it just feels right even though we weren't close and we were acquaintances at best."

After weeks of testing, at the end of September Wenrich found out she was a match. With the big news she had to figure out a big way to tell Labecki.

"He's a really big Penn State fan," said Wenrich. "Why don't we try to get the Nittany Lion Costume?"

Wenrich, an Ohio State fan, decided to put her differences aside and suit up in that Nittany Lion costume.

"So when I'm sitting in the chair and suddenly the Nittany Lion is in the door, I knew something was different," said Labecki. "It's not your normal Sunday."

In Penn State theme, Wenrich made posters revealing she and Labecki were a match and she'd be giving him one of her kidneys.

"I was truly emotional, truly humble," said Labecki. "And very small feeling because you [Wenrich] were so large in what you brought into my life."

Now, two weeks away from undergoing organ donation surgery at UPMC Pinnacle in Harrisburg, Wenrich and Labecki have formed a lifelong bond.

"It's a friendship and I'm glad he's okay having an Ohio State kidney," said Wenrich.

"I'll have a scarlet kidney but a heart that beats blue and white," said Labecki.

Wenrich and Labecki hope their story inspires even one person to look into being an organ donor and saving someone's life.