COLUMBIA, Pa.– It’s that time of year again… the Mayflies are once again back along the Columbia Wrightsville Bridge, forcing it to go dark fo... 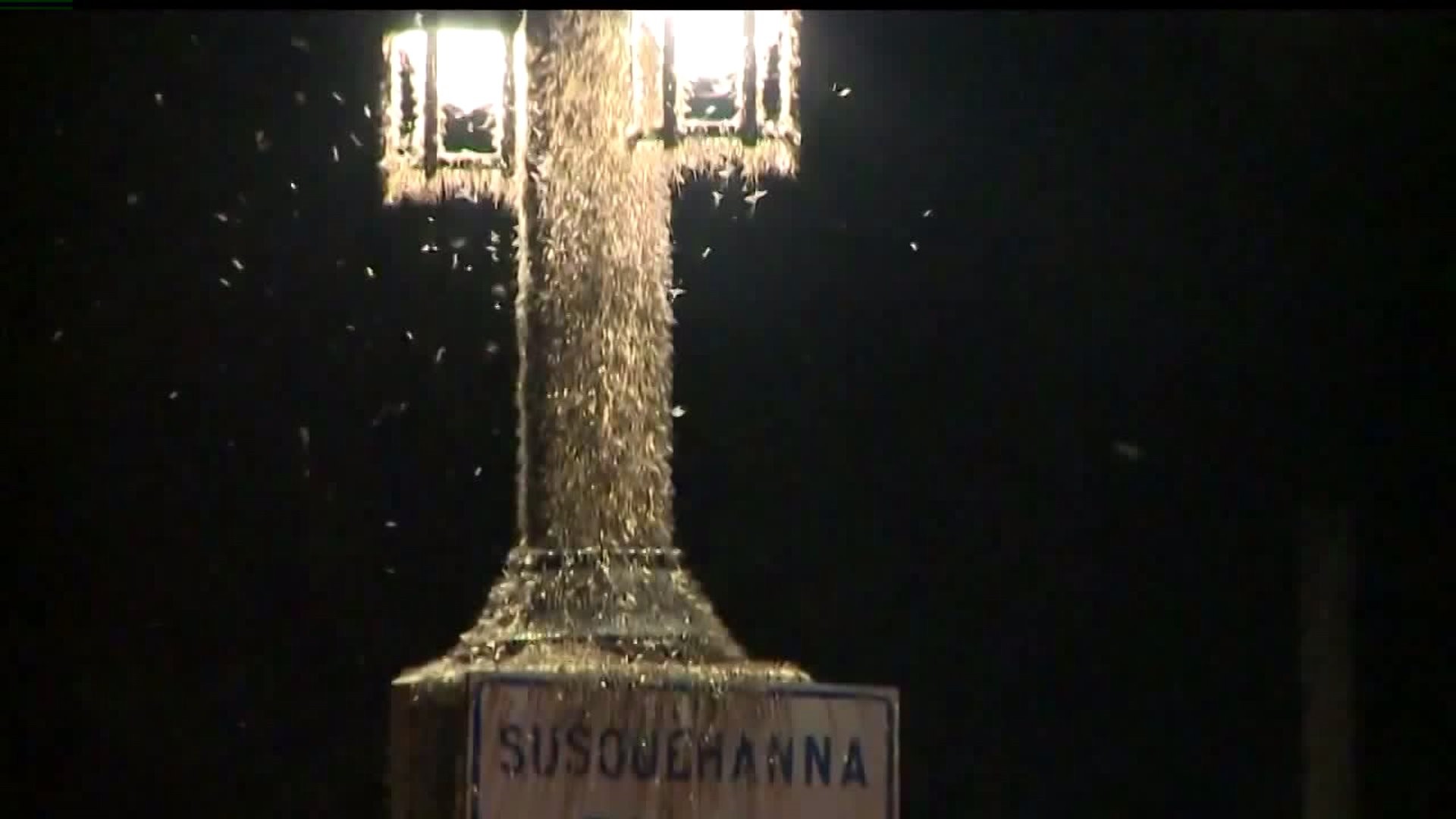 COLUMBIA, Pa.-- It's that time of year again... the Mayflies are once again back along the Columbia Wrightsville Bridge, forcing it to go dark for several days.

Officials just turned off the light on Sunday evening due to the return of the Mayflies. The Columbia Borough Polie Department posted the message on their facebook page warning drivers to be extra cautious over the next few days.

The lights along the Route 462 bridge will remain dark for the days to come, as they are shut off every year around the same time in June. They are shut off each year to keep the mayflies from swarming around all of the lights on the bridge.

Officials compare the swarming mayflies to like driving through a blizzard. They say this is a problem we experience year after year-- however, they say it became more serious when the bridge lights were changed several years ago.

Police and local officials encourage driver to drive with caution when driving over the bridge-- and they say if you are walking along the pedestrian side in the dark to be careful too. They suggest wearing reflective gear and using a flashlight.

Officials say they are not sure how long the lights will be turned off.