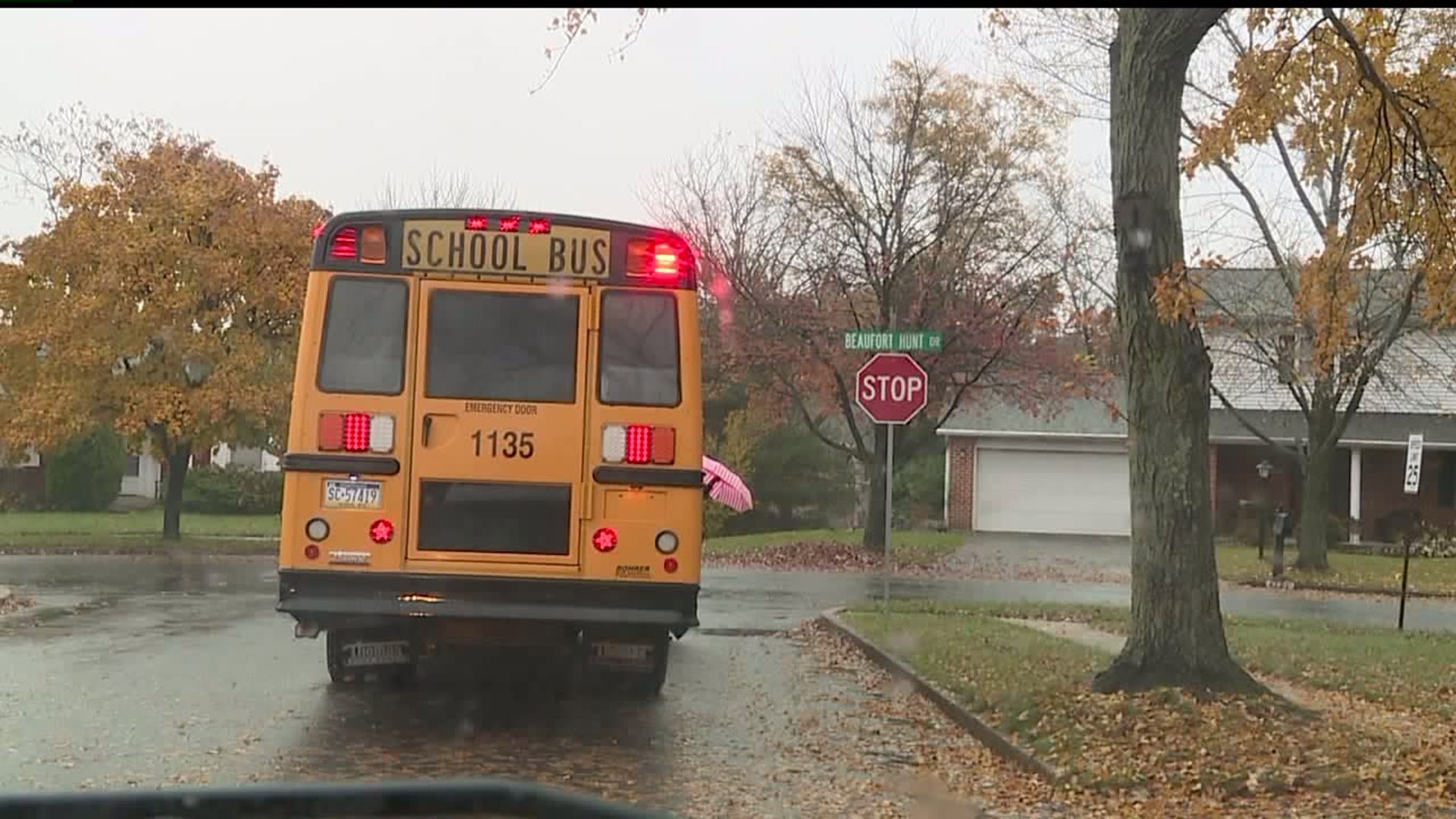 'Red runners' are those people who speed by a school bus when its stopped, has its red lights blinking, and arm extended, and about to let a child on or off the vehicle.

It comes as five kids across the country, including a young boy in Pennsylvania, have been killed during bus stop accidents in the past week.

Officials are really pushing the message - no text and no amount of time saved by speeding by a stopped bus is worth putting a child in danger.

Video shows just how dangerous the roads can be for school bus drivers and their young passengers.

Drivers have nearly hit kids and their parents at bus stops throughout Central Pennsylvania.

"I've seen it right here on Mount Rose Avenue! It upsets me!" said Nicki Vanfossen who lives in Springettsbury Township.

"The fact that citations went up from last year to this year, is appalling," said Fritzi Schreffler, a spokeswoman for PennDOT.

Officials say more people are in a hurry to get somewhere and distracted.

"People are on their phones. They're not paying 100 percent attention to the road," said Chris Raubenstine, Chief of Silver Spring Police Department.

The potential consequences: a $250 fine, a 60 day license suspension, and 5 points on a person's license.

"Some people may go, 'wow, 5 points on my license.' We're talking the life of a child," said Schreffler.

"They have to get up and go to bed everyday knowing that their rush to do something led to somebody's serious injury or death, and that's a situation I wouldn't want to be in," added Chief Raubenstine.

Pennsylvania is taking steps to prevent those kind of situations.