WRIGHTSVILLE, Pa. — Swarms of mayflies caused quite the stir over the weekend after the closure of the Route 462 bridge which connects Columbia and Wright... 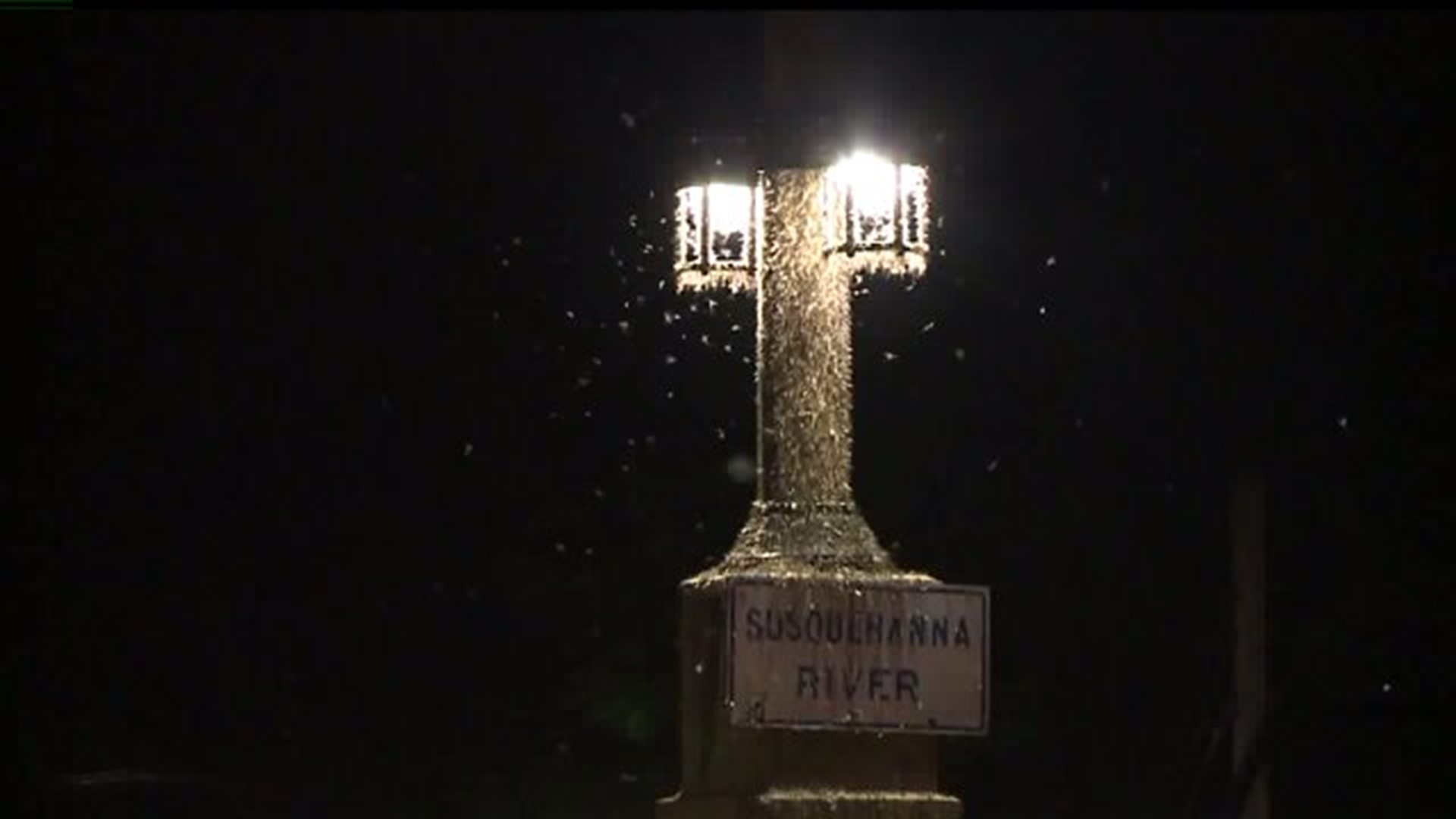 WRIGHTSVILLE, Pa. -- Swarms of mayflies caused quite the stir over the weekend after the closure of the Route 462 bridge which connects Columbia and Wrightsville. It happened two nights in a row as thousands of mayflies massed at the lights on the bridge. The infestation made conditions slick and impossible for drivers to see, and caused several crashes.

"You couldn't see, it was just like a snow storm," said Darvin Shelley who has lived in Wrightsville for 50 years. He is used to seeing the mayflies every year, but never this bad. "Oh my, it smells like manure," he said.

Shelley applauded authorities for shutting down the bridge two nights in a row. "Them darn mayflies aren't worth someone's life or an injury," he said.

Police and the fire department will continue to monitor the situation over the next few days to keep the public safe as the flies continue to hatch.

"A simple way is just to turn the lights off on the bridge probably for like a week or so, but I don't think that's going to happen," said Timothy Abbey, a Horticulture Educator with Penn State Extension. Abbey said it should be over soon. "Most of the species of mayflies only live 24 to 72 hours, so these have been a problem for a couple of nights, maybe at least one more or so, and then they will be done."

The good news, the big hatch is actually a positive sign for the Susquehanna River. "That's a sign that the river is healthy, or at least healthy enough to support that particular insect. The immatures live in the water so if they die off you don't get the adults coming out," he said.

Although the mayflies have long since been considered a nuisance, and smelly, Abbey said they won't harm anyone. "They don't bite, they don't carry diseases, they don't eat plant material, just out to mate that's it," he said. "They’re really a major source of food for other aquatic organisms, at least the immature mayflies are, who live in the water, but then the adults come out they’re food for bats and other fish."