Official numbers coming up short in the PIAA

FOX43 – High school sports contests without officials. That’s a situation that doesn’t seem so far fetched right now in the PIAA. While the cu...

While the current officiating numbers are solid in the state, the clock is ticking to recruit more officials in an attempt to keep pace with expanding prep game opportunities. 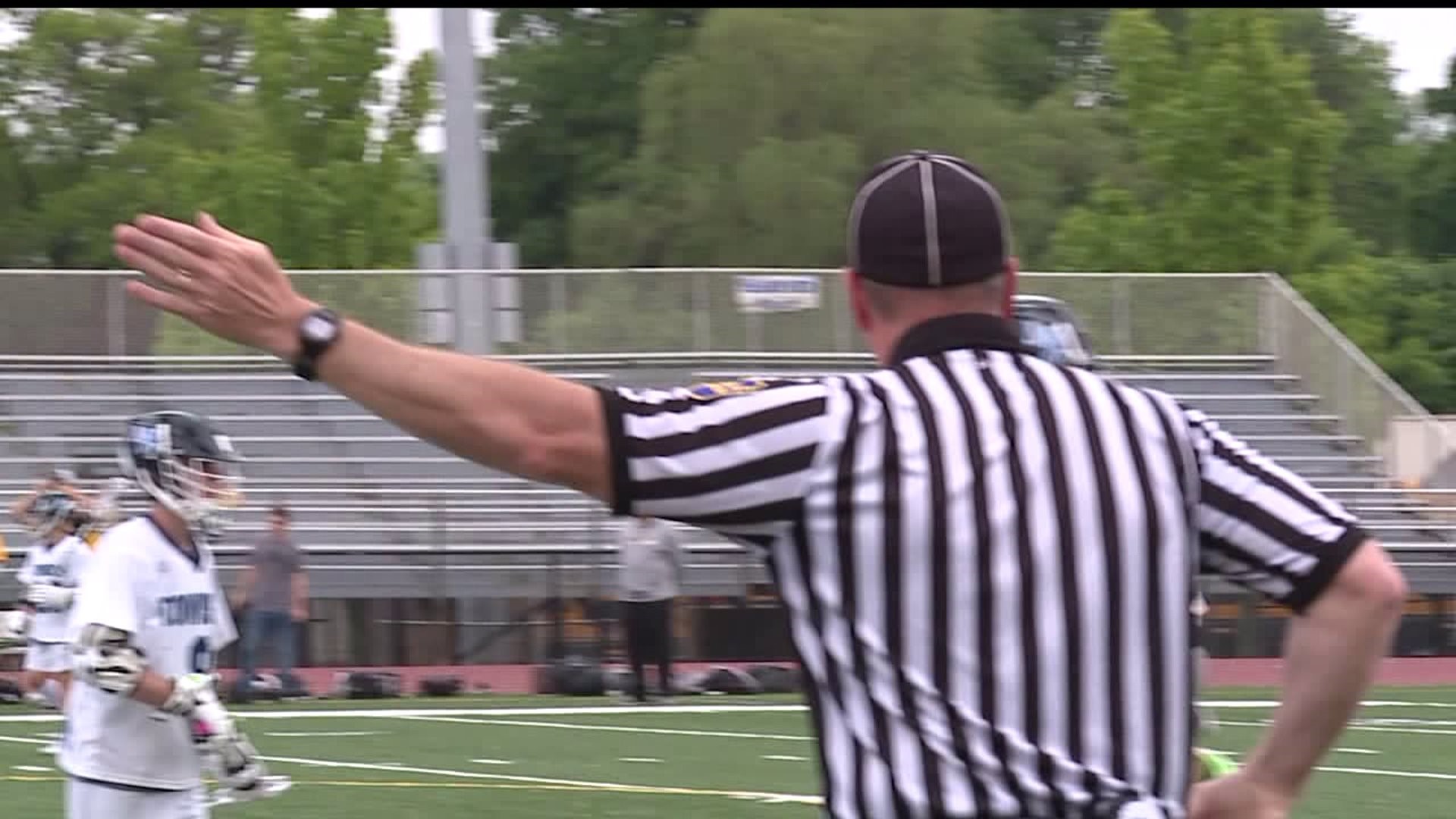 Before you respond 'good' they stink anyway, let's be honest, you probably wouldn't be any better wearing the stripes yourself. And it comes with little surprise that fans' bad behavior is a major factor when it comes to the declining numbers, according to official leaders.

"Yeah, you want me to tell you what the reason is. In all the years I have been doing it," says Rich Czarnecki, who is the Officials Representative for District III. "It is the abuse and the unsportsmanlike behavior that has been inflicted upon the officials, from parents and coaches and even players to some extent. It's just gotten, it has grown dramatically."

Verbal abuse, post game harassment, spitting; these are just a few documented incidents from players, coaches and fans helping to drive the number of registered officials in the state from 18,000 a decade ago to under 16,500 currently, all while there are more games to be administered and it's a problem, according to the PIAA.

"I hate to use the word dire, it could be considered dire when games have to be postponed or maybe even canceled, that is never good," says Pat Gebhart. He would know as Assistant Executive Director of the PIAA.

There are nearly 450 state wide chapters of officials and the problem facing many is age. In an effort to attract more officials the PIAA has moved to testing online year round.

"A lot of older guys and I think that 60 to high 60 or 70 percent of our guys will be getting out in a few year, saw very few younger guys younger kids coming into take the exam," says Czarnecki.

And while age can be seen as a negative, Gebhart finds the positive.

"I don't look at a 50, 55-year-old or a 60-year-old person officiating a basketball game in the afternoon as a negative. I look at it as a positive, every chapter we have should have a mentor program in place. When a new official comes into the fold they are automatically assigned a more seasoned veteran."

According to studies conducted by the National Federal of State High School Sports, only two out of every 10 officials will go past year three officiating.  Abuse is one reason, but there are other factors as well, according to official Nick Petry, who is only 28 years old.

"I think you have a lot of guys telling you different things, sometimes it can get discouraging. Where you kind of don't know what to do ... Somebody telling you one thing another guy telling you another thing."

It's a profession of baptism by fire and you have to try and mesh everything into your own style which can be tough for a young official to stand out in crowd .

"It's talking to those varsity officials, the assigners. There are so many assigners for youth leagues games, games church league, mens leagues. If you stay current with those guys and they have those youth games, they are thinking of you," added Petry.

Now five years into officiating, and currently on the varsity level, Petry says it was all worth it and encourages more young adults to join the ranks.

"When you get in that gym and the crowd is going crazy,  that place is bumping and you got a front row seat,  you got the best seat in the house."