Officers build relationships with teens at Camp Cadet in York

YORK, Pa. – It is summer time and that means it is Delaney Keefer’s favorite time of year, attending Camp Cadet at York College. “It’s a really grea... 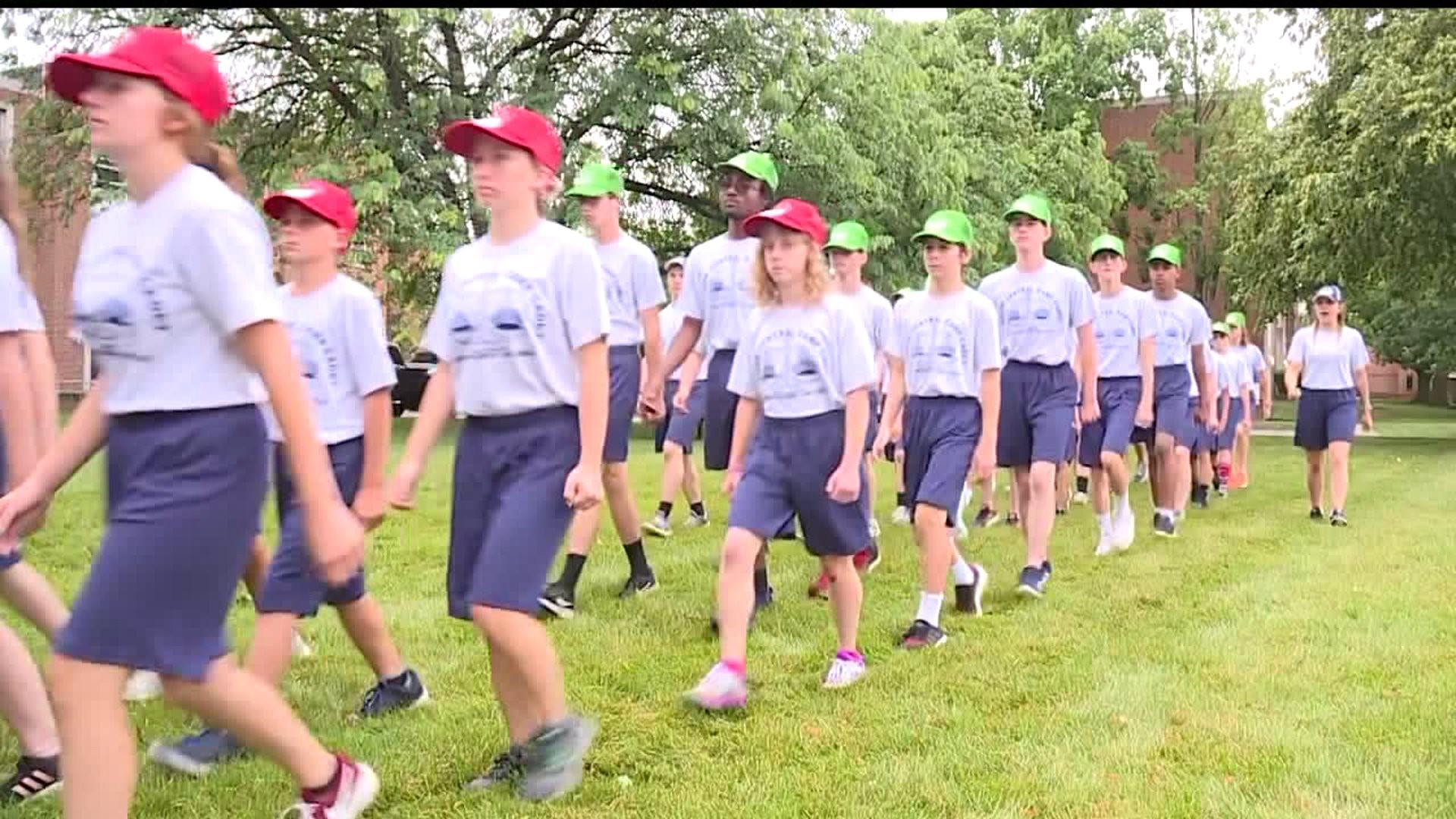 YORK, Pa. - It is summer time and that means it is Delaney Keefer's favorite time of year, attending Camp Cadet at York College.

“It’s a really great way to unplug. You don’t have any electronics. There’s no way to communicate with anybody else outside of the camp and that really helps and build the friendships that you make here.”

Camp Cadet is a non-profit program operated by Pennsylvania State Police. Keefer's dad piqued her interest in the camp.

"My dad was a state trooper [and knows] a lot of the state troopers that are here who run the camp," said Keffer.

"He introduced me to the camp in eighth grade going into ninth grade, and I fell in love with it.”

For six days camp organizers ask campers to put away their electronic devices and learn discipline and respect.

It is Keefer's third year attending the camp where she is now a junior counselor and a leader to fellow campers.

“I march them my days. I look after them [and] make sure they’re taken care of when the SC's [senior counselors] aren’t around. It’s a really good way to show leadership.”

Campers start their days early. They wake up at 6 a.m to march, then they eat breakfast and prepare for a day full of activities.

“The goal of the camp is to build relationships between law enforcement and the youth in the communities that we serve," said Trooper Kelly Smith.

“You have more respect for police officers and just authority figures in general. You make a lot of friends here like really good friends here.”

Keefer believes the officers push campers to be a better version of themselves.

“Just stick it out. It gets a lot better. Like the more you’re here the better it gets.”

Campers will end their week-long adventure with graduation on Friday.