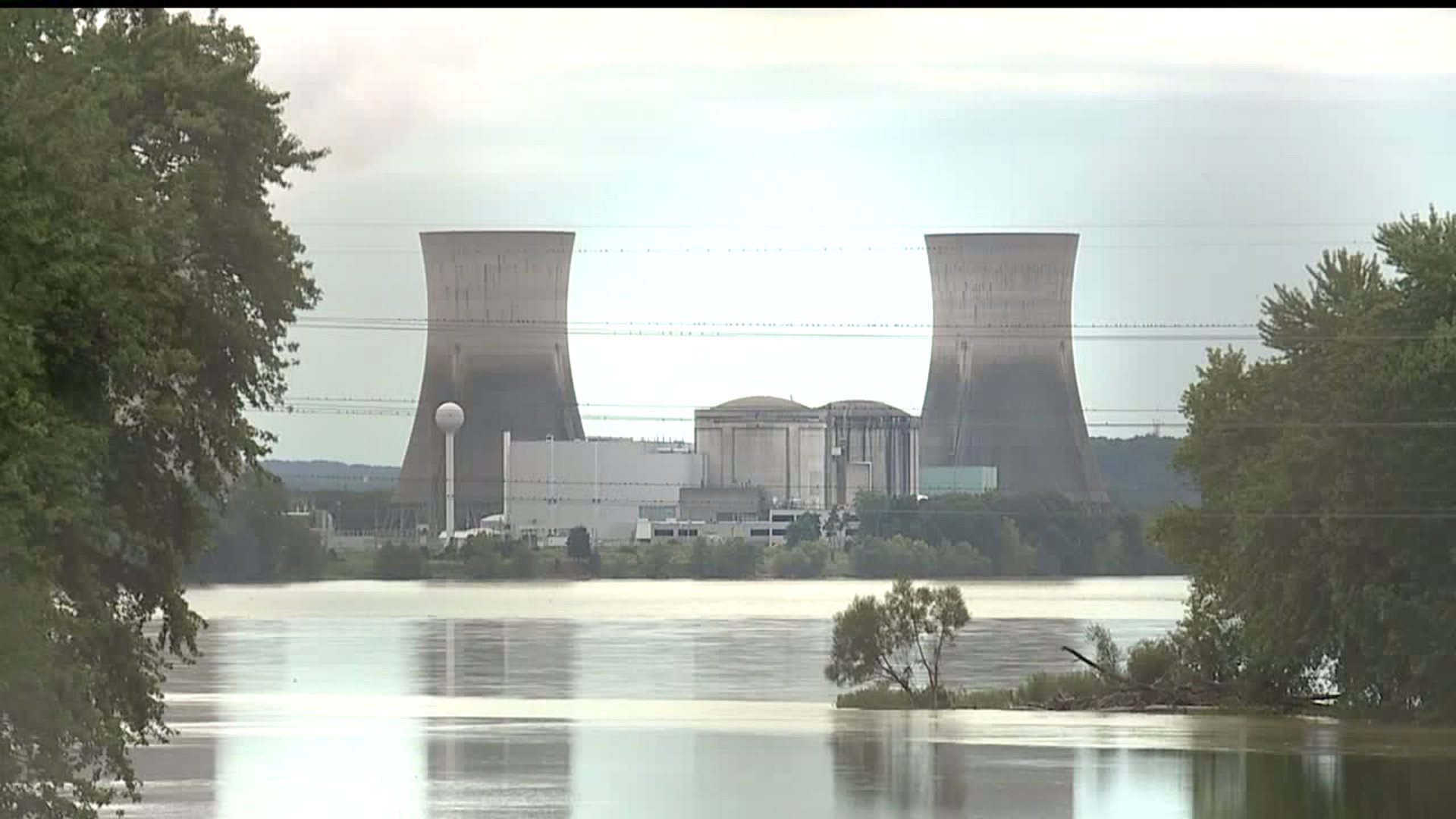 LONDONDERRY TOWNSHIP, DAUPHIN COUNTY, Pa. - State lawmakers revealed their report on ways to keep the nuclear power industry alive. This comes about 10-months ahead of Three Mile Island's closure set for September 2019. Following a two-year study of the nuclear power industry in Pennsylvania, the state's bipartisan Nuclear Energy Caucus unveiled its report detailing the negative effects a shutdown would have.

"It is so important that these power plants stay open , they must be part of the diversity of the grid," said State Representative Thomas Mehaffie. "You know we need to be a diversified grid. We need to make sure that we have resiliency, that we have reliability, we don't have rolling brown outs and black outs to happen."

Citizens against Nuclear Bailouts release this statement following the release of the report:

Our coalition values all sources of power generation; however, regulators at all levels have confirmed that the markets are working and that the electricity grid will remain reliable and resilient, calling into question the need for any policy change that would destroy the state’s competitive electricity marketplace.

State. Senator Ryan Aument, chair of the Nuclear Energy Caucus, says we need to think about longterm energy decisions and that saving nuclear energy is not a bailout. For example, the Lower Dauphin School District could lose $1,000,000 a year in tax revenue if TMI closes.

"We are talking very specifically about valuing each resource appropriately for the value they bring to the system," said Sen. Aument. "And not recognizing the importance or reliability and resiliency of fuel diversity, the environmental benefits, I think that's foolish."

Members of the Nuclear Energy Caucus will now work to propose a bill that could:

This all would not be done until January, once state lawmakers are back in session.