HARRISBURG, Pa. – With chants of “Go nuclear!” filling the state capitol, advocates push for policy reform to help save nuclear energy in the ... 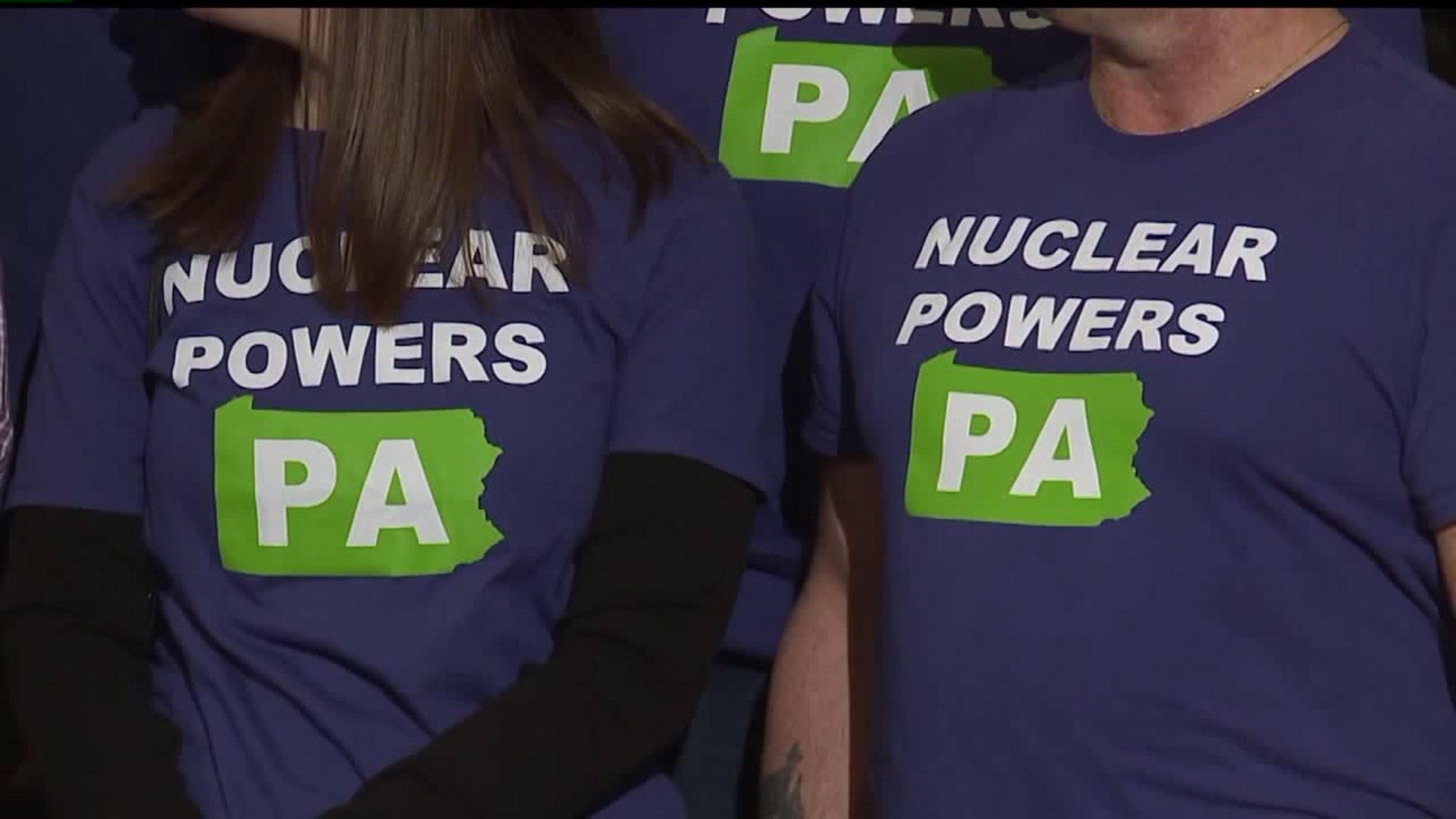 HARRISBURG, Pa. - With chants of "Go nuclear!" filling the state capitol, advocates push for policy reform to help save nuclear energy in the state.

This comes about eight months before Three Mile Island is set to close. State Rep. Tom Mehaffie is working on legislation to benefit T.M.I and the nuclear power industry in Pennsylvania. Mehaffie's plan would essentially re-regulate the state's electricity markets by adding nuclear energy to the Alternative Energy Portfolio Standards Act, also known as AEPS.

"A day barely goes by that I don't have a call or somebody asking me, 'Where are we at on this,'" said Mehaffie. "Or what's going to happen?"

Citizens Against Nuclear Bailouts believe Mehaffie's proposal will take away consumer choice and force consumers to buy nuclear energy no matter what.

"I think we have to understand, we need a diversified portfolio of energy and we need to make sure not one all energy source is the only energy source," said Mehaffie. 'That's been pointed out to us that that could be a national security problem and we just don't want that to happen."

Advocates for nuclear energy say the loss of nuclear power in the state, like at T.M.I would not only have an effect on the workers at the plant, but other businesses like Precision Custom Components in York who manufacture equipment for the nuclear industry.

Mehaffie is working under a deadline as he wants to get legislation passed this spring, a few months before T.M.I is set to shut down in September.