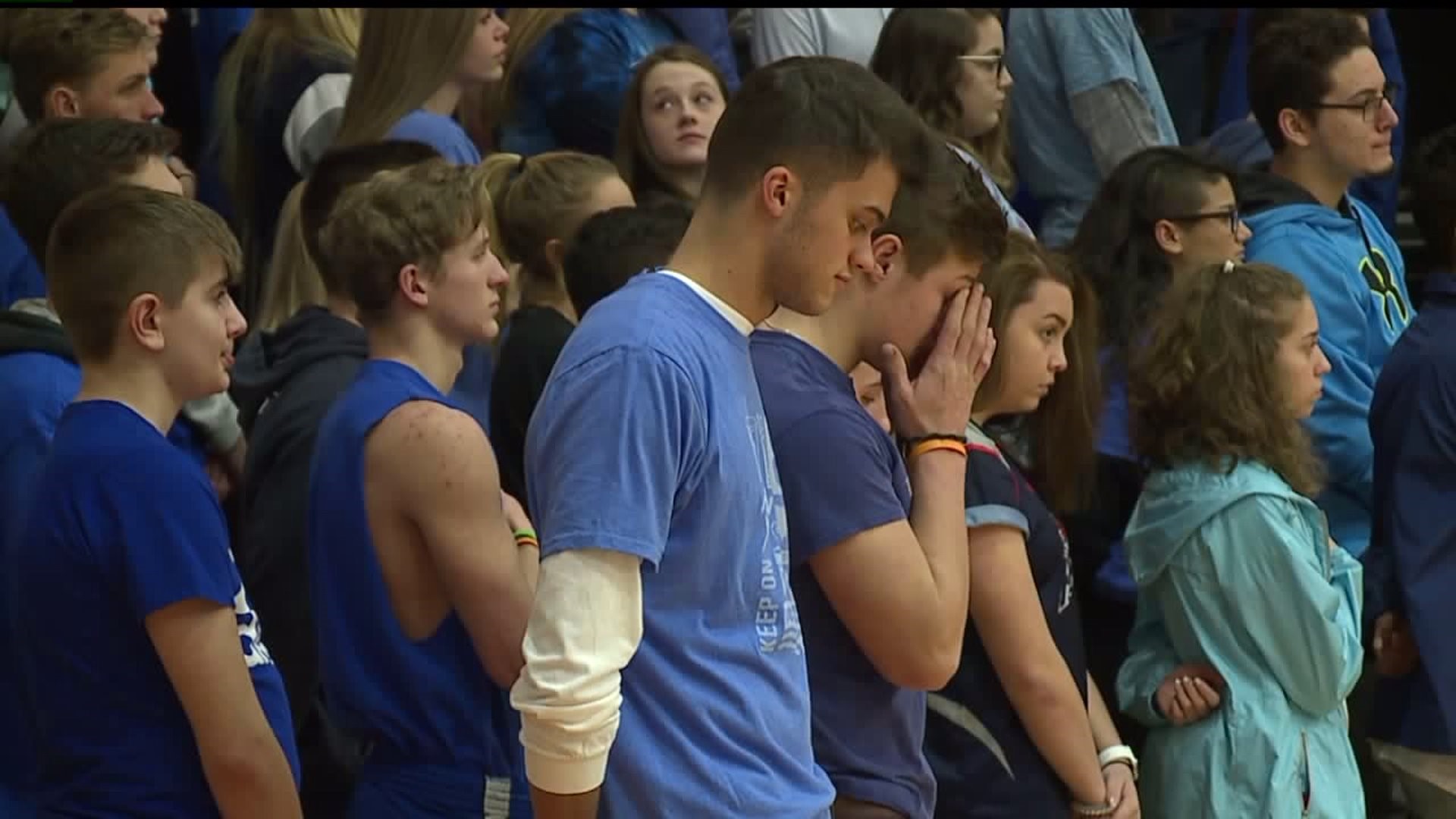 Deputy Hill was killed Thursday in the line of duty while serving a warrant in Harrisburg, and on Friday, students wanted his family to know that they are here to support them by organizing a 'blue-out' and a moment of silence in Hill's honor at Friday night's basketball game against Dallastown.

"[Hill's son has] always been a great friend, he's always been uplifting to everyone, anyone that ever needed anything, and his dad, I know was the exact same way, and I can't imagine what they're going through and I just know that it's tough on him and I know that I'll definitely be stopping in to make sure he's okay," said Kayla Taylor, a classmate of Hill's son.

Although Northeastern's colors are orange and black, wearing blue to honor Deputy Hill and law enforcement was the right thing to do, students said.

Dallastown's students also got in on the tribute.

"We were all for it," said Dallastown senior Nick Parker. "We thought it was a great idea to be able to join together as a community to show support for something tragic that has happened."

Students said they hope this is only the beginning of their support for the Hill family, and would like to organize further efforts.

"They're all amazing people," said Alexandra Versace, a classmate of Hill's son. "They always do their best to look out for others, so it's our job now to look out for them, make sure they're getting the comfort and support that they need through this tough time."