UNIVERSITY PARK – Another reminder that football season is right around the corner as the Nittany Lions host their annual media day in State College.   Pe... 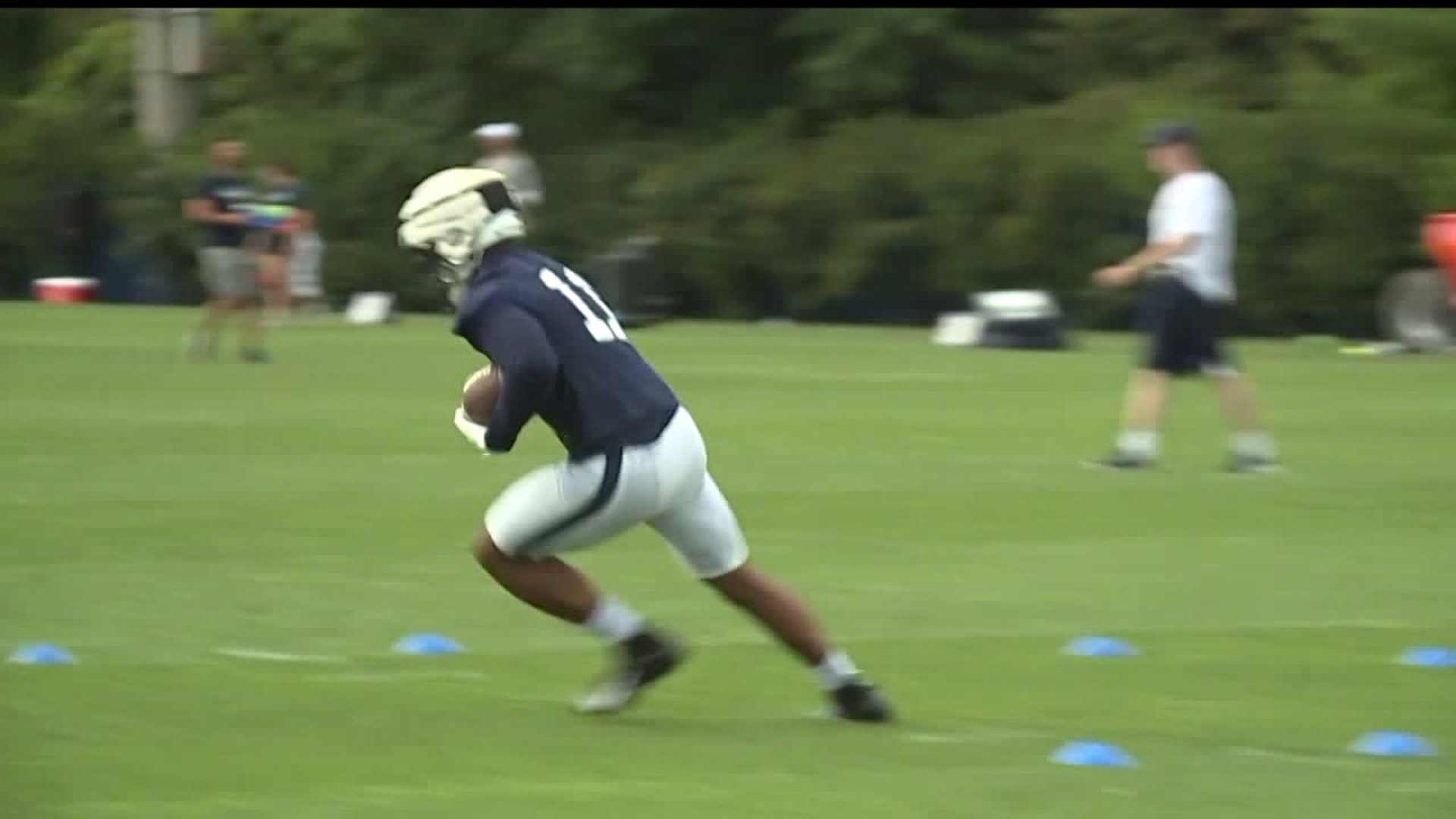 UNIVERSITY PARK - Another reminder that football season is right around the corner as the Nittany Lions host their annual media day in State College.   Penn State comes into the season ranked 14th in the preseason coaches poll.

There's plenty of confidence in the program even though the team is young.  The Lions have a new leadership group in the locker room.   Media Day does provide some light moments,  as Sophomore Defensive Tackle Aeneas Hawkins demonstrated as he laid on the Beaver Stadium turf.

"Doesn’t get much better than this beautiful view very comfortable down on the new turf," Hawkins said.  "A great day (for me) not wasted in training camp  getting some stretches in."

One pressing question is what type of identity will the young pride take on this season?  The leaders are ready to find the answer.

“This team is full of competition right now, ” according to Senior Linebacker Jan Johnson.

Guard Steven Gonzalez who has seen plenty of action as a senior, added ,“this team is well bonded,  there is a lot of chemistry between everyone, no matter what position you are ."

"(We) have to get that killer mentality," says Junior Cornerback Tariq Castro-Fields.  "In the past we have lost games by two points, three points so now we are trying to figure out what little things we can do to get over that hump and finish games out."

Harrisburg Cougar alum Micah Parsons is one of those new young outspoken leaders. The freshman All-American has visions of raising the standard.

We know the offense is talented, but a championship run will be lead by the defense, a unit some predict to be the best in the country.   Just don’t tell defensive coordinator Brent Pry who's aware of the hype.

“Talked about Penn State’s defense being ranked #2 ,  and I read an article to the guys and patted them on the back and threw up the big ghostbusters sign and said this doesn’t mean anything, “ explained Pry.

We will see the Lions first effort of the season against Idaho on August 31st.