YORK, Pa. – Nine-year-old Tyler Bryant got a headache in June. It was about 5:00 a.m. when he woke his mom to tell her. He then started to vomit. She knew... 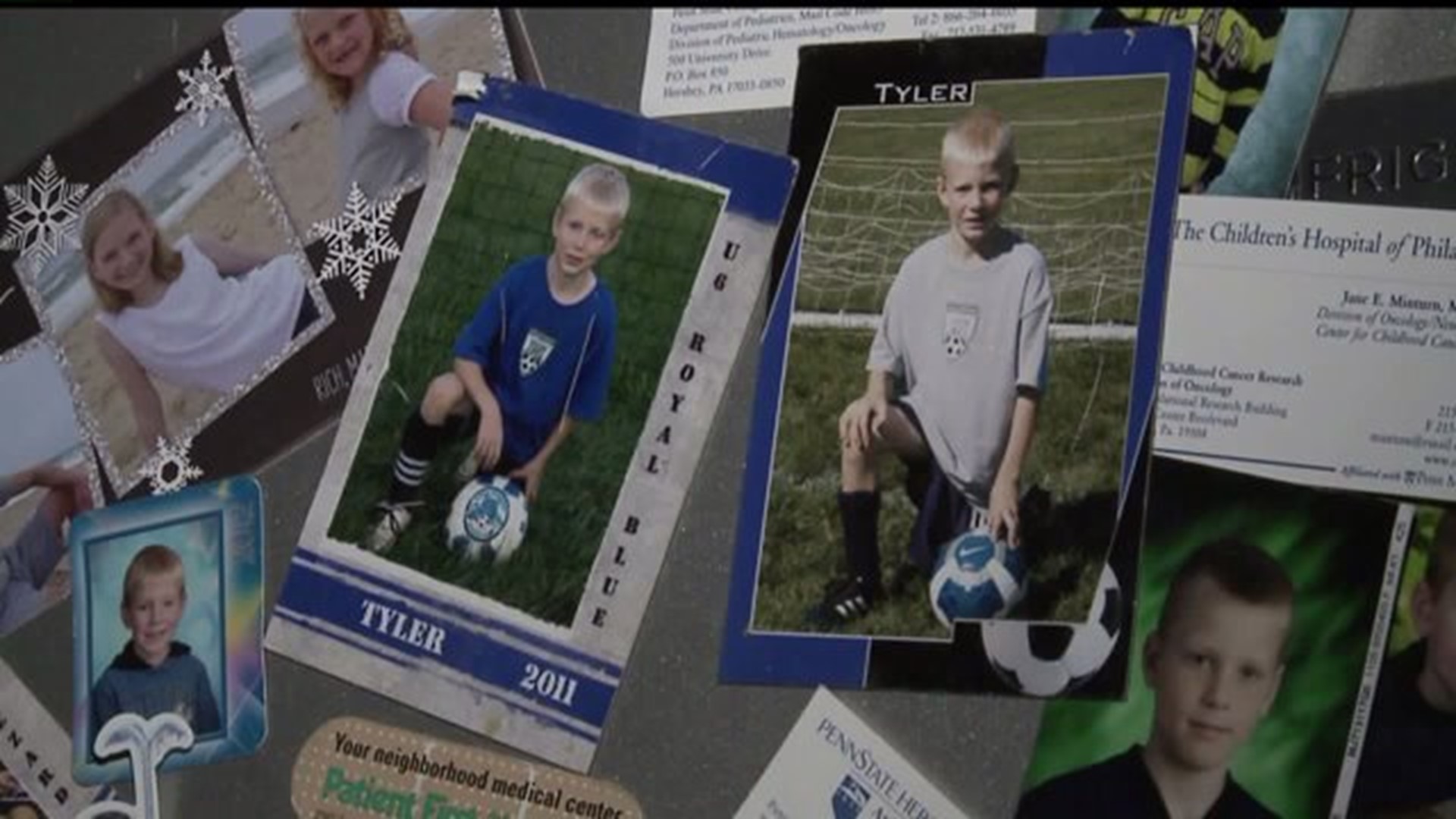 YORK, Pa. - Nine-year-old Tyler Bryant got a headache in June. It was about 5:00 a.m. when he woke his mom to tell her. He then started to vomit. She knew something was wrong. Two weeks later, he was diagnosed with a rare brain tumor.

"It’s a mix of emotions. You know it’s something major, but from that first headache, I just had that gut feeling. I knew something was wrong," said Tyler's mom,  Ashley Bryant.

He has gone through one chemotherapy treatment a month for the last three months.

"Hearing those words, your son has been cleared for chemo, you never thought would be happy words, but the day they said that, we were all excited and alright, we go this," she said.

The chemotherapy has not worked. Next week, they will begin radiation treatments.

"So he will be doing radiation for 6 weeks, 5 days a week and he will be taking a chemo pill for those 6 weeks," said Bryant.

It is one of their last options. Bryant says they are sharing their story for Pediatric Cancer Awareness Month.

"We need to get the word out there and I feel if this is what we do so no other family has to go through this journey, then it’s what we need to do," she said.

Only 4% of U.S. federal funding is dedicated to childhood cancer research.

"No parent should have to worry about burying their child. It shouldn’t be a thought," she added.

The statistics, of Tyler's type of tumor, are not good. It has shifted to the left of his brain. It is now impacting the right side of his face, his speech and his short term memory.

He has not lost his spirit. A gofundme page has been started for donations and so people can follow Tyler's journey.