(CNN) — The NFL has suspended New England Patriots’ quarterback Tom Brady for four games without pay in relation to the “Deflategate” in...

(CNN) — The NFL has suspended New England Patriots’ quarterback Tom Brady for four games without pay in relation to the “Deflategate” incident in which the team was found to have used deflated footballs for an advantage in the playoffs. The team has been fined $1 million and will forfeit its first-round selection in the 2016 NFL Draft and fourth-round pick in the 2017 draft.

The investigation was initiated to determine what was behind the Patriots’ use of underinflated footballs during January’s AFC championship game against the Indianapolis Colts. The Patriots beat the Colts en route to a Super Bowl l XLIX victory.

The controversy over deflategate has damaged the reputations of the team and its superstar, Brady, in the eyes of some.

Ever since Indianapolis reporter Bob Kravitz broke the story late on January 18, there’s been a swirl of questions. 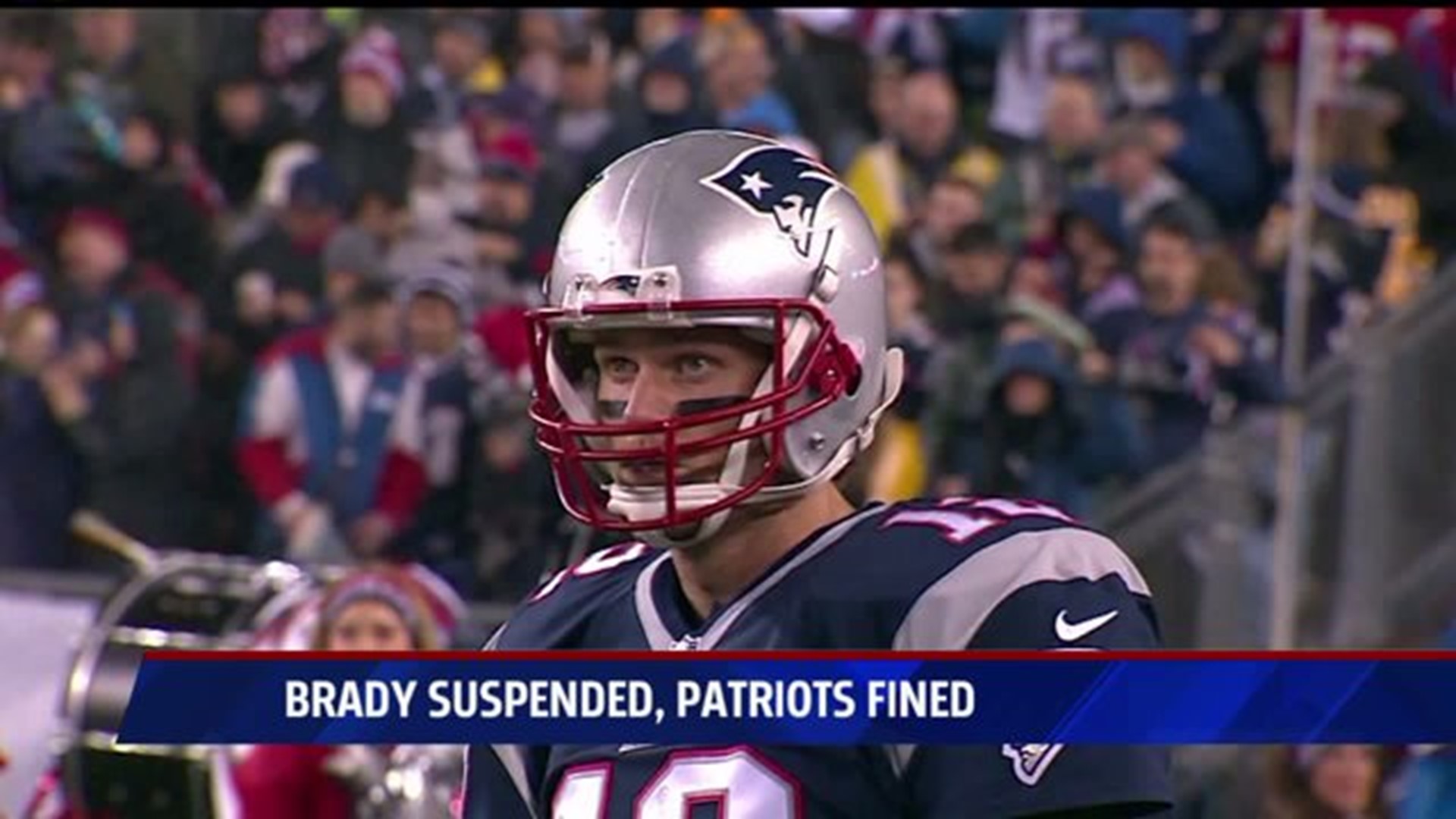 The investigation, led by attorney Ted Wells, found that "it is more probable than not" that Brady was "at least generally aware of the inappropriate activities" of locker room attendant Jim McNally and equipment assistant John Jastremski.

Jastremski has been with the team for 14 years, the past three as the staffer in charge of preparation of the game-day footballs.

The 243-page report said that Brady, who answered questions from investigators over the course of one day, did not turn over personal information such as texts and emails. Furthermore, the report doubted the quarterback's claim that he didn't know the name of McNally, the part-time Patriots employee who investigators think most likely improperly deflated footballs just before the team faced off in January's AFC Championship game.

The document contains a lot of information, but also a lot of words like "probable" and "generally."

In the report, no one said the quarterback tampered with the balls himself. The evidence implicating him comes from texts involving and interviews with New England locker room attendant Jim McNally and equipment assistant John Jastremski, the same two men who investigators assert probably did directly break NFL rules. Neither of them comes off as a saint in the report.

CNN's Rachel Nichols said the NFL also might take action because Brady appears to not have been truthful when questioned.

Brady's agent, Don Yee, told CNN's Anderson Cooper that the quarterback didn't agree to hand over text messages because that would set a bad precedent for other players involved in disciplinary investigations.