NEWPORT BOROUGH, PERRY COUNTY P.A. — Residents are starting to receive a notice from the Pennsylvania Department of Environmental Protection. The notice s... 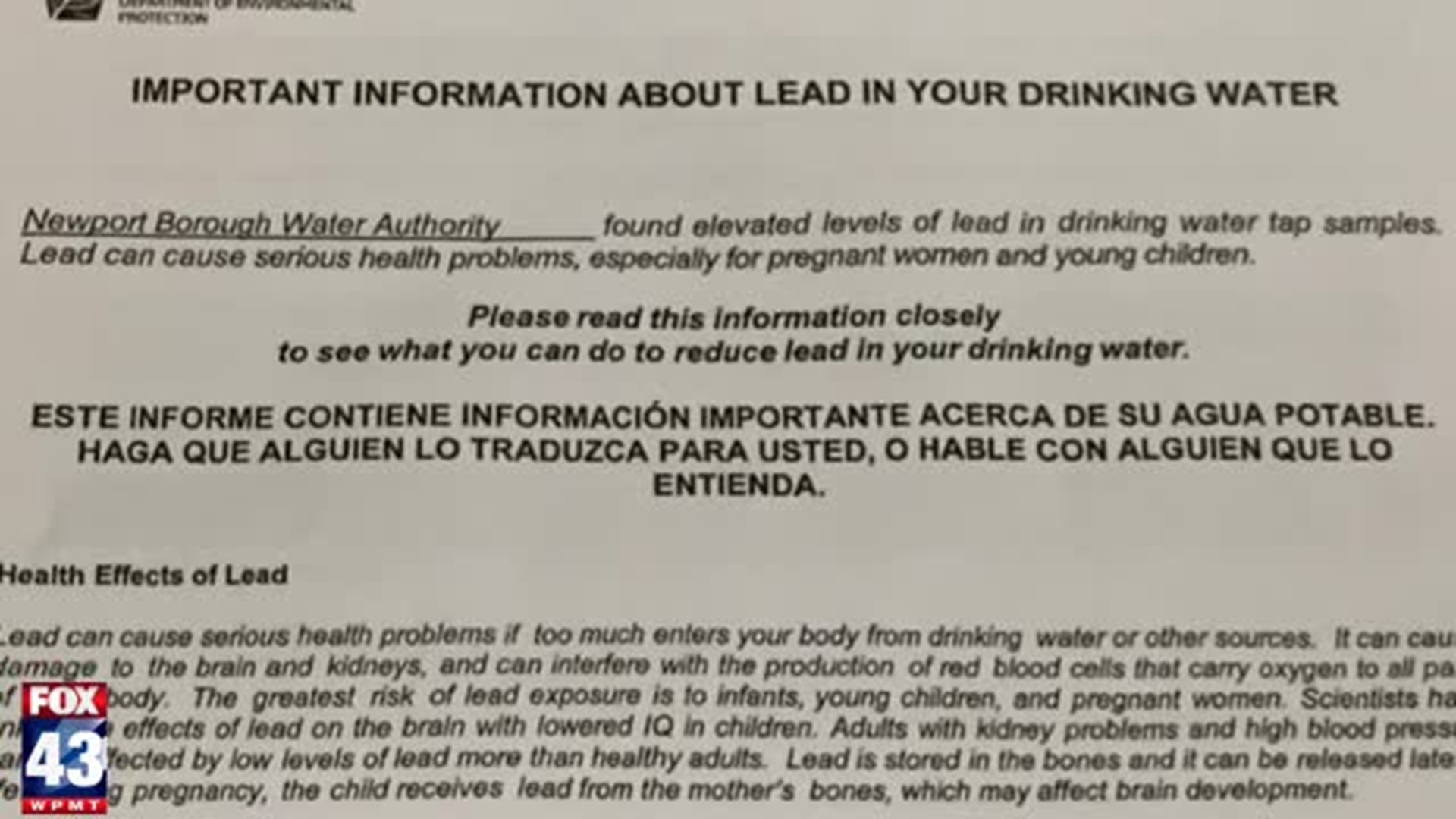 NEWPORT BOROUGH, PERRY COUNTY P.A. --- Residents are starting to receive a notice from the Pennsylvania Department of Environmental Protection.

The notice says lead samples taken in September 2017 came back with elevated levels of lead in drinking water taps.

Resident like Patsy Wieser said it's been complicating how people are being notified of the issue.

"There's still a lot of people in the blind that don't know about and we should've known about it a long time ago," said Wieser.

An alert about high levels of lead in some homes can be found on Newport Water Authority February water bills.

"We got kids...I got grandkids that come and visit me all the time. My landlord gave me a paper when I moved here about the lead paint and everything...Why aren't they telling us about lead in the water?" said Page.

According to the DEP, they found a lead level of 18.5 part per billion (ppb) in more than ten percent of homes sampled.

That number slightly exceeds the action level of 15 parts per billion.

21 homes were tested: Three had an elevated level of lead; Three more had lead, but below the action level; and 15 had no detectable level of lead.

Officials say lead can cause serious health problems if too much enters the body, especially for pregnant women and young children.

"How high are these levels, you know what i mean? They tell us to go get blood tests...Well, that's our insurance and co-pays and all that that we have to do...Very frustrating," said Cox.

"We tested for many, many years on this and did not have an issue before," said Robinson.

He believes the lead issue isn't coming from the Newport Water Authority's supply, but from residents in-home plumbing.

He recommends residents run water for a few seconds before using it.

"Just by simply flushing it briefly and then filling your container should go a long way to alleviating it," said Robinson.

"I guess I'll be going to buy water...ain't going to drink the water here. I make coffee every day...couple pots. They said when they make it hot, it brings it up...well, there I am, poisoning my body," said Page.

A spokesperson with the DEP said "lead is typically not found in source water or in drinking water leaving a treatment facility – it can be found in lead service lines connecting water mains to residences and in-home plumbing. Newport Borough Water Authority is conducting a required feasibility study that will determine how best to make the water less likely to leech lead from pipes, and will submit that study to the department for review and approval."

For more information about lead in drinking water, including tips on how to minimize any contamination, click here.