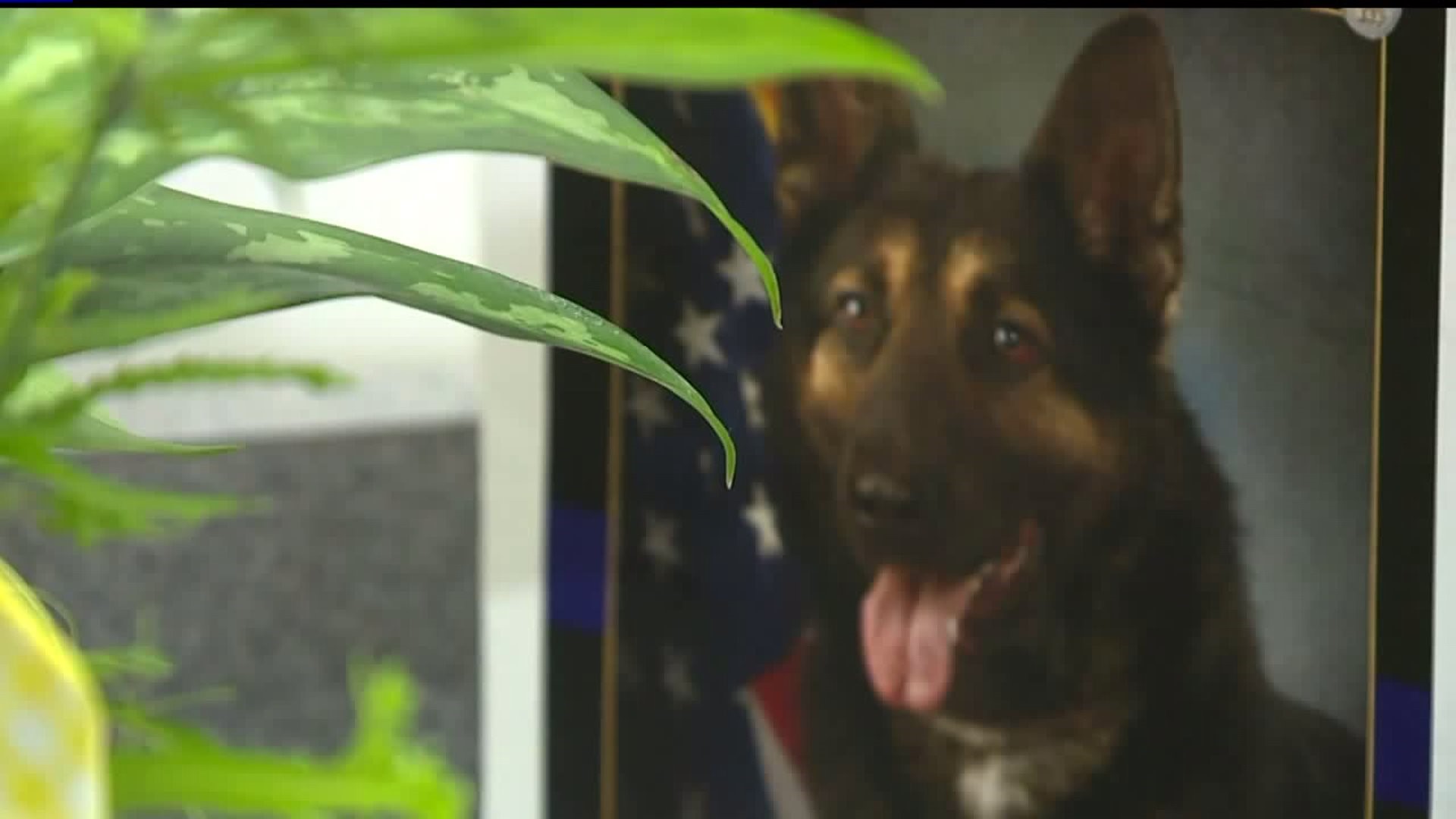 Now, it is looking to continue the K9 program in Tazer’s name.

“Even though Tazer can never be replaced - in my mind - it’s going to take two dogs to replace Tazer," said Chief Steve Lutz.

Chief Steve Lutz had hopes of expanding the K9 program with Tazer leading the way.

"Now that we do not have a dog, a K9, and the county is at a big loss, we are forced to move up our timeline," explained Chief Lutz.

Chief Lutz still plans on having two K9s with the department.

Sergeant Chris Martinez, Tazer's handler, will get one of the dogs.

“His routine is busted because he doesn’t have that partner there," explained Chief Lutz. “Hopefully, this will allow Sergeant Martinez a little bit more time to heal because he’ll be able to put his time and energy into training a dog and making him like Tazer," explained Lutz.

Chief Lutz says he will carefully vet other officers interested in handling the second K9.

In order to get both, the department must raise roughly $40,000 to cover the costs of buying the K9s, training, and certifications.

The department is partnering with Jcar Logo Gear, a local business.

They are selling t-shirts, hoodies, and other clothes in honor of Tazer.

“It is one of those things where you drop everything and make it happen because it’s not about the bottom line for us. It’s about making the customer win, and the customer is the community who is going to benefit," said Andy Rohrbaugh, a partner with Jcar Logo Gear.

Chief Lutz says both K9s will be trained to detect drugs, perform searches, track suspects, and find missing people just like Tazer could.

“Our goal for these two dogs to be exactly like Tazer was," he added.

The chief says ideally the department would bring both K9s on by the end of March. That, however, depends all on the amount of donations it receives.

Citizens and businesses in the area can send donations to the department written to Newberry Township-T.E.A.M. It is located at 1905 Old Trail Road, Goldsboro, Pa 17319.

Anyone interested in donating other resources to the program can contact Sergeant Chris Martinez at (717)-938-2608 or email cmartinez@newberrypd.org.

The police department would like to extend a special thank you to Dr. Wagner and the staff at Valley Green Veterinary Hospital for their continued support of the program.

VGVH provided free veterinary care for K9 Tazer and is a big part of making the K9 program possible.

Chief Lutz says the Veterinary Hospital plans to free care to both K9s in the future.