LANCASTER, Pa. — A pilot program launched this month is trying to help city residents get to work in other parts of the county. Known as the “Lancas... 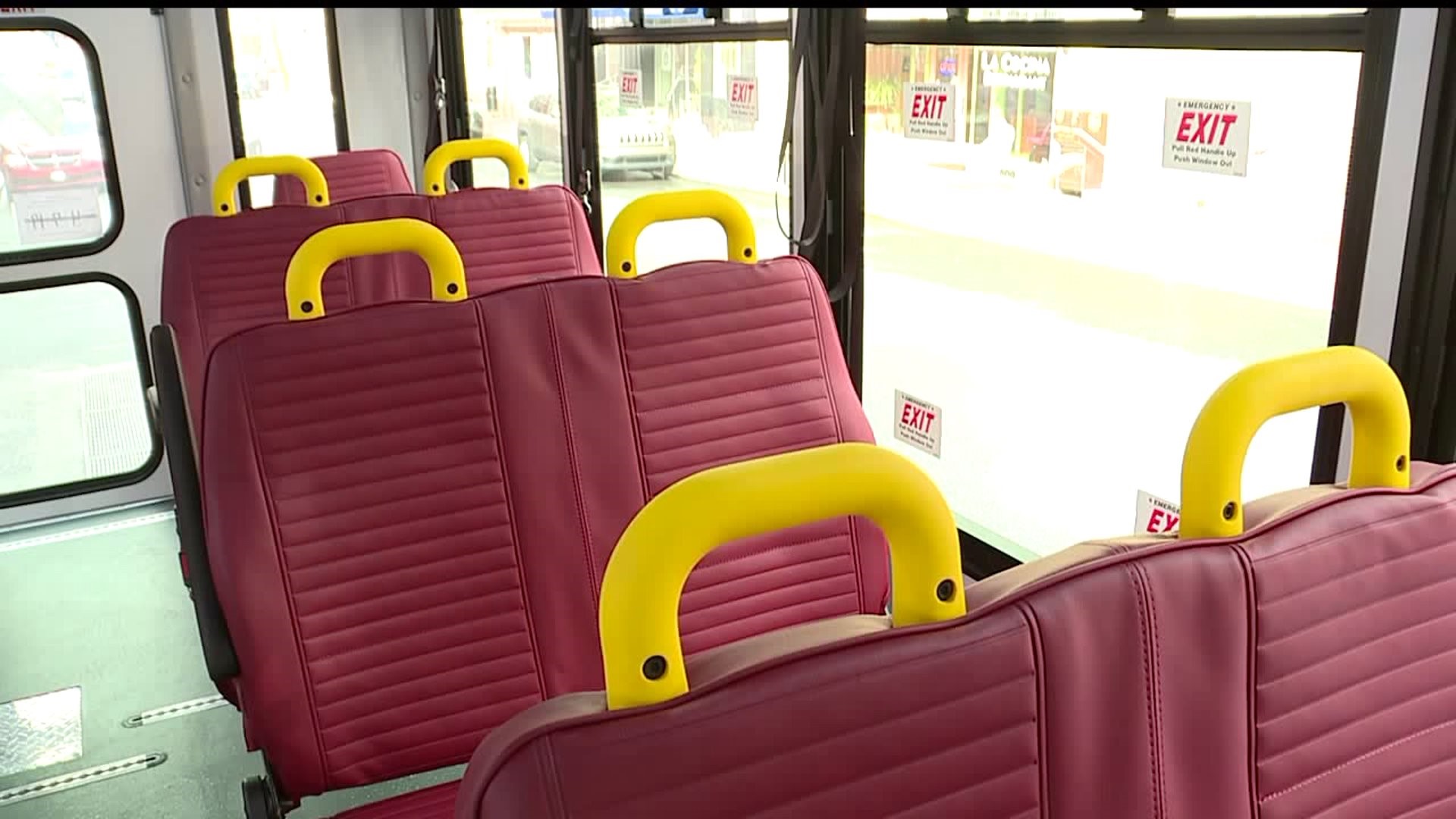 LANCASTER, Pa. --- A pilot program launched this month is trying to help city residents get to work in other parts of the county.

Known as the "Lancaster County Workforce Transportation Service," vans will drive prospective and existing employees for one of two employers: High Concrete and Four Seasons Produce in East Cocalico Township.

Heather Valudes, community impact director with the Lancaster Chamber of Commerce, said the total cost of the trips is $106 per month.

However, she said employers will cover $64, requiring employees to pay $40 per month.

“The person has to have a bus pass that allows them to get onto that van. So, they’ll actually get that through the employment hiring process. Their employers would give them a specific tag that they then show the driver to get onto the bus," said Valudes.

She explained that two buses run in shifts: Approximately midnight to 7 a.m. then starting back again at noon for a 1 p.m.- 5p.m. shift.

The vans will pick up and drop off employees at one of five stops throughout the city:

Valudes said the program capacity would be approximately 160 people.

She said after discussing several options for roughly a year and a half, they concluded a van service provides a more consistent and reliable option than a car-pool or bus scenario.

“We’re really excited to see ridership grow and see more people utilizing the service and we think that will really pick up over the next two or three months," said Valudes.

Mayor Danene Sorace believes the van service can move the needle on poverty rates in the city.

She said it could be the difference in connecting people who are unemployed, underemployed, or working jobs without room for growth to more secure incomes.

“I know just anecdotally speaking with people that the barrier for transportation is real because they end up being in jobs because that’s how they can get to jobs. There are people in the city who are limited by the distance in which they can ride their bike, for example," said Mayor Sorace.

Business Leaders, such as with High Concrete and Four Seasons Produce, say they're suffering from the success of low unemployment in the Lancaster County as they search for people interested in open positions.

“I want employers around the county to really see Lancaster City and our residents as part of the solution to their challenge of filling vacancies. I want city residents to be first,” Mayor Sorace said.

The service launched, officially, on March 4.

Valudes said they hope the program generates enough interest so they can branch the program out to other areas and employers in the county, such as in Columbia or Elizabethtown.

To get connected to the program, Valudes explained that an applicant of High Concrete or Four Seasons Produce should mention interest in transportation during the application process.

She said the companies human resource department will help get them the appropriate resources.

Valudes also said the van service can assist getting potential employees to interviews.

Lastly, she said emergency rides are possible through the program in partnership with Commuter Services of Pennsylvania.