HARRISBURG, Pa. -Law enforcement in Dauphin County will now be using a new tool that revolutionizes the way they investigate a crime scene. County officials unv... 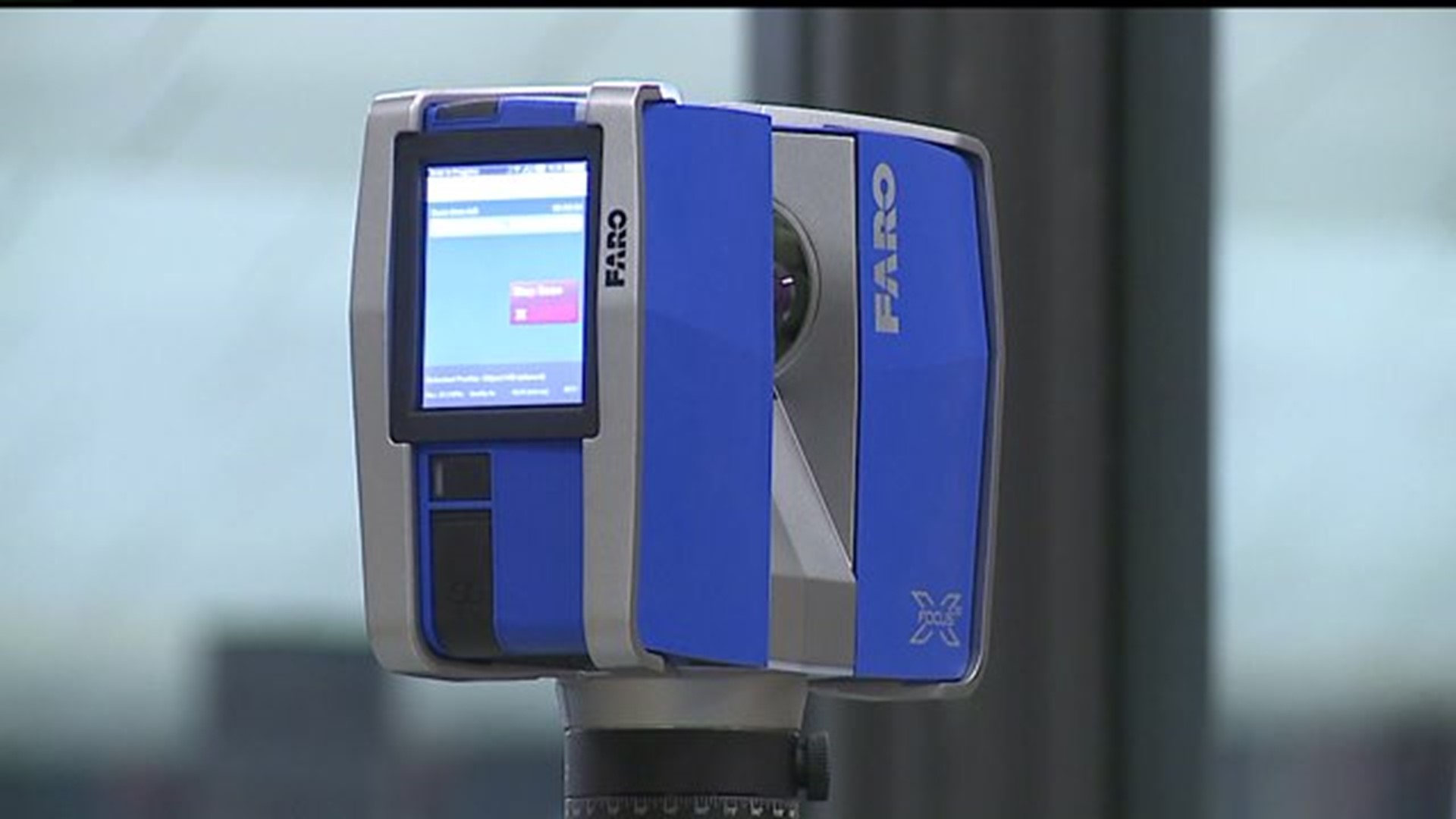 HARRISBURG, Pa. -Law enforcement in Dauphin County will now be using a new tool that revolutionizes the way they investigate a crime scene.

County officials unveiled the Faro 3-D Laser Scanning System at the Harrisburg Area Community College on Friday. The $70,000 dollar portable system that can capture crime scenes and crash sites in 3-D bringing in evidence immediately. That means the work that normally takes investigators hours, will now take minutes. Investigators can even return to the scene as needed, all from their computer or mobile device.

"Normally with crime scenes, we only get one chance,  and if we miss something, we can't get back in there for the most part to take measurement, to get that picture we need," Dauphin County District Attorney Ed Marsico said, "and here if we later find something that was important that we didn't realize at the time of the investigation, now we can go back in zoom in on it and get what we need."

Marsico says the new tool is also helpful in the courtroom because it's able to show jurors aerial views of a scene and offer exact measurements.

Forensic experts say the system, which only weighs 11 pounds, works with a laser light and uses a camera to capture a panoramic image of a scene.

"It's very lightweight," Forensics Animator David Dustin said. "You can place it almost anywhere you can think of to capture evidence. I've seen some very creative people mount them on the end of an engine hoist and insert it into something to capture a scan. It's a very versatile unit. "

Officials say it's more accurate than using a photo and once the scene is captured in 3-D, it's preserved forever.

A similar system is being used in Lancaster County.