New restrictions from China putting a heavy price on recycling 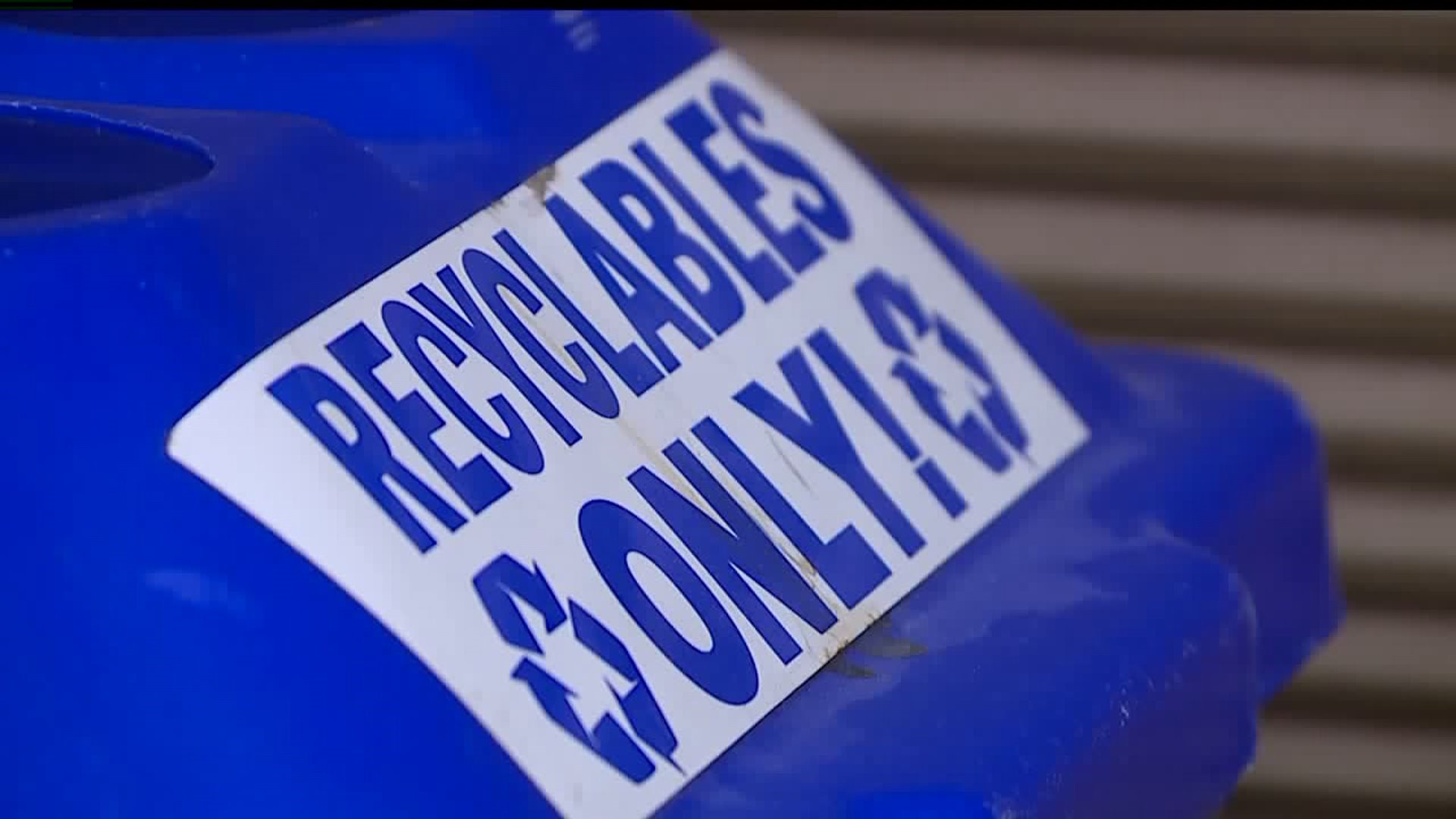 Now, waste management officials are asking you to keep a closer eye on what you throw into the bin because new restrictions from the world's top customer could cost you.

"The largest buyer of recyclable material in the world is no longer buying," said Amanda Davidson with Penn Waste.

With a growing economy and emphasis to improve environmental conditions, Davidson said China is taking a hardline stance on contaminants, or trash, in recycling.

Before 2018, she said Material Recovery Facilities, or MRFs, such as Penn Waste in East Manchester Township, York County, were allowed to have 92 pounds, or five percent, of trash, per bale of recyclables.

Now, China only accepts a half percent of trash, or 9 pounds, per bale.

Davidson said that number is next to impossible to achieve and losing China's business is causing their revenues to plummet.

She said they are now looking for other markets to export recyclables, such as India, Vietnam and South Korea.

But she said they have an unfamiliar relationship with those countries, which puts them at risk for higher transportation costs.

For now, Davidson said it's too soon to tell what the cost increase would look like to the residential customers.

However, they are already adding a sustainability fee for commercial and private customers.

She said their current contracts with municipalities prevent them from adding more fees but Penn Waste is asking for an increase in payment, regardless.

Davidson said if municipalities choose not to now, their next round of contracts could see a substantial increase.

Kathryn Sandoe with LCSWMA said they, eventually, transfer their materials to Penn Waste to be sorted.

She said the ripple effect of increasing recycling costs is hitting them.

"There's environmental importance, we value it as a society. But the reality is the cost is skyrocketing to do something with those materials," said Sandoe.

She said LCSWMA is still working on a balanced solution with their partners to offset the rising costs.

However, she said they believe they're may be a $6, per year, increase, per household, to maintain the ability to recycle.

She said the best way to help from home is be mindful of what goes in the bin.

"That's the biggest way to help save recycling," said Sandoe.

Both Davidson and Sandoe said the new motto among the waste management community is "when in doubt, throw it out."

They ask you avoid "wishful recycling," such as putting plastic bags in the bin, to help keep contamination rates down.

Noah Miller with Neighbors United Lancaster, a group that focuses on community improvement projects, said the issue is important on an environmental and energy use scale.

He said more of an emphasis needs to be put on sorting recyclables instead of just getting it out to the curb.

"Plastics are made of things like oil and if we want to be using that for things like our cars or making products that don't currently exist, recycling is hugely important. We want to make sure those materials can be reused," said Miller.

For more information on the "should" and "shouldn't" materials to recycle, visit LCSWMA website or Penn Waste.