YORK COUNTY, Pa. — A new report has been released by The National Institute for Occupational Safety and Health (NIOSH), regarding the death of two York Ci... 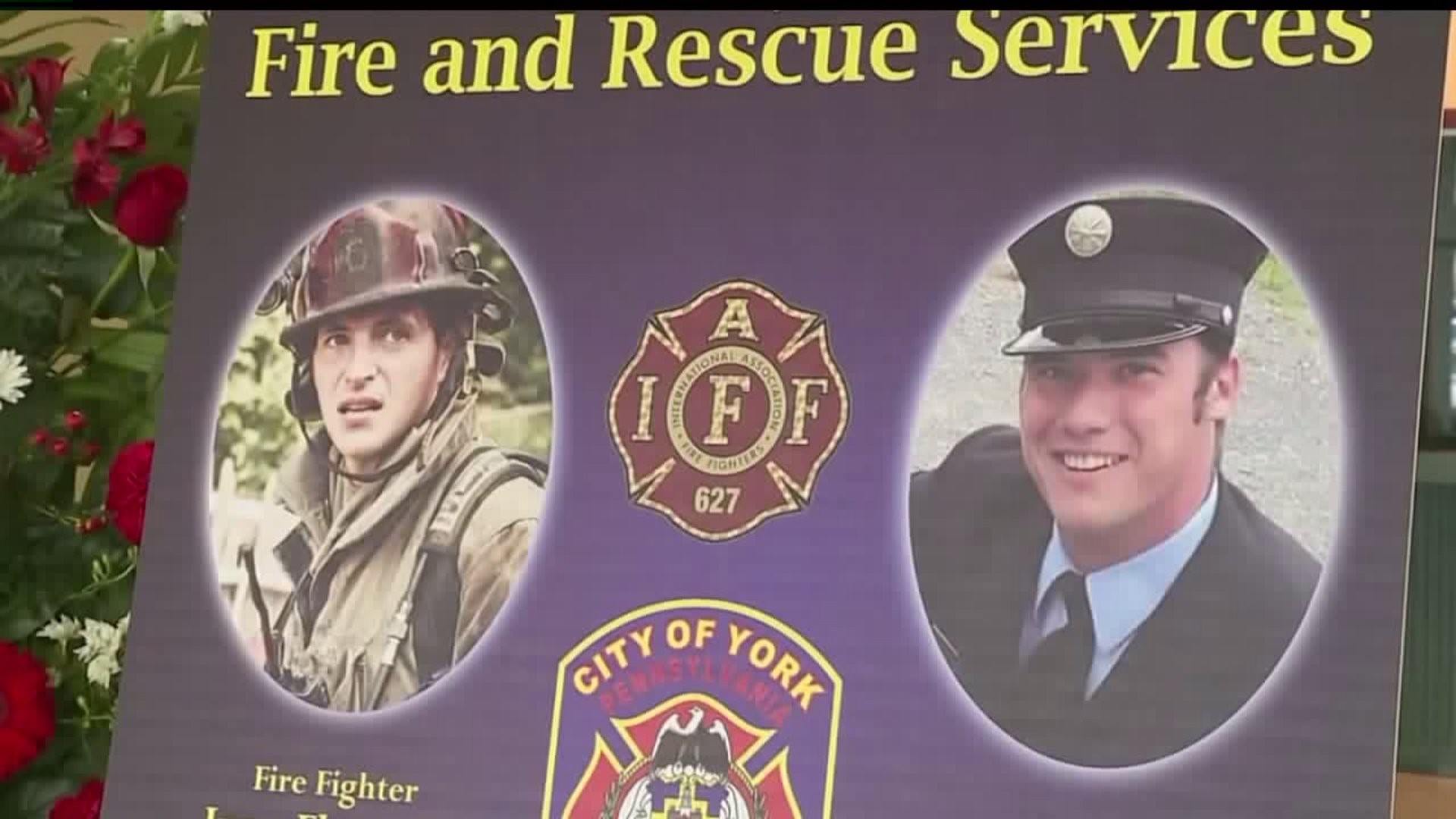 YORK COUNTY, Pa. -- A new report has been released by The National Institute for Occupational Safety and Health (NIOSH), regarding the death of two York City Firefighters, Ivan Flanscha and Zachary Anthony.

The reason they went back in that morning was to try and eliminate hot spots.

The report goes into detail about what the York City Fire Department did wrong that day and how they can improve in the future. It also lists five factors that could have contributed to their deaths: inactive sprinkler system, previous partial structure collapse, higher risk than gain, firefighters entered collapse zone, and long-burning deep-seated fire couldn't be reached from exterior.

One of the recommendations in the report says after a collapse zone is established the safety should be be overlooked and an exclusion zone should be considered. Meaning there should not be re-entry due to dangerous conditions, even for removing hoses and equipment.

This is part of what happened in March 2018-- crews and contractors when back in the building to dig out hot spots.

Another recommendation in the report is to mandate the use of sprinkler systems in commercial structures including during renovation work. The report states that sprinklers help with fire prevention, minimizing the impact of a fire, and can even reduce firefighter and civilian fatalities.

It says sprinklers can often contain the fire before crews even arrive on scene.

Although the structure was originally build in the 1870's sprinklers were later installed -- however they were not working.

The report also notes the building was inspected in October 2017 and was added to the fire departments no entry list. It says all fire departments were notified about this via email, saying there were reports of several collapses and rotted floors.

Although the report mentions there is no evidence these recommendations would have prevented what happened that day, but it says it's a reminder to practice good safety.

You can view the full report below: