HARRISBURG, Pa. — Smokers who prefer their fix tailor-made will soon be paying more. Pennsylvania will now tax the tobacco used to make your own rolled ci... 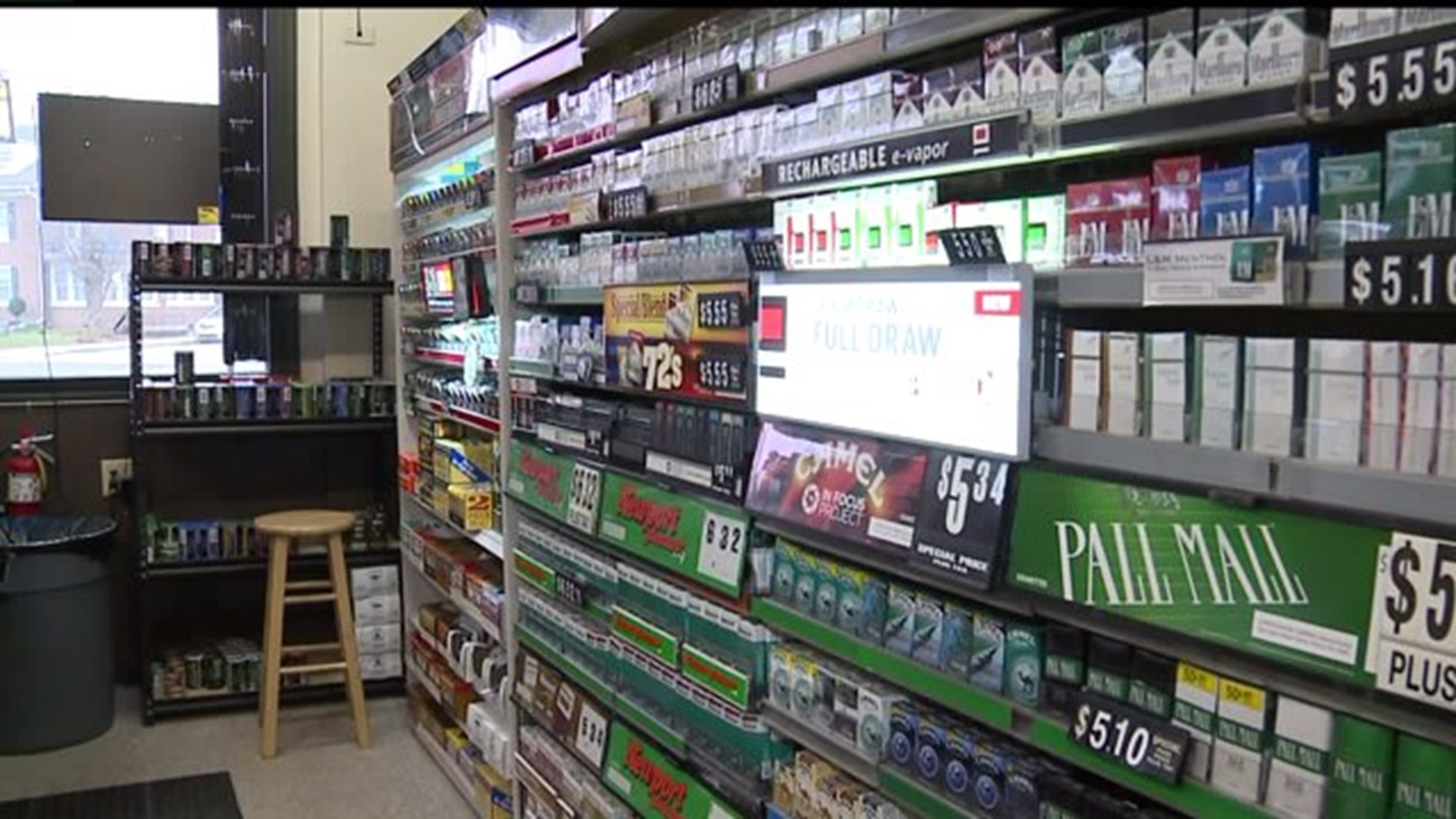 HARRISBURG, Pa. -- Smokers who prefer their fix tailor-made will soon be paying more. Pennsylvania will now tax the tobacco used to make your own rolled cigarettes. Governor Tom Wolf (D-Pennsylvania) signed the new tobacco tax into law this week.

Big or small, strong or weak, "rollers" can create their cigarettes to their liking, using tobacco and rolling papers. "You get used to the flavor, and a normal cigarette doesn't even taste right to me anymore," said Tracy Robinson, who lives in York. Like many, Robinson chooses to roll his own to save money.

Andrea Rump of West York rolls her own for the same reason. "A pound of tobacco, I usually spend nine dollars, and then two boxes of tubes which is like $2.50 a piece. That lasts me about a month," she said.

Currently, consumers can make two cartons of their own cigarettes for about half the price of one store-bought carton of cigarettes. That will soon change with the new tax. Right now, only pre-rolled and prepackaged cigarettes are taxed under Pennsylvania law. The law (Act 96 of 2015) authored by Representative Leanne Krueger-Braneky (D-Delaware County) makes roll-your-own tobacco subject to taxation in much the same way as cigarettes.

"We are expecting that it's going to be taxed at an equivalent to the rate currently on cigarettes, so potentially 40% of the wholesale rate," said Krueger-Braneky.

The tax is expected to generate an additional $6.4 million annually for the state. "At a time when Pennsylvania is facing a structural deficit, it’s important that big tobacco companies pay the taxes they owe to our community," said Rep. Krueger-Braneky.

Some in the tobacco industry question who is really paying this cost. "I think what some of the legislature need to do is put themselves in our customers position. They are working a minimum wage, $8, $9, or $10-per-hour job, and who can’t afford $50 for a carton of cigarettes," said Craig Emig, Revenue and Operations Manager with Smokers Outlet.

The new law also ensures the state is in compliance with the 'Master Settlement Agreement' reached with the major tobacco companies in 2000. The companies pay the state for medical costs associated with treating smoking-related illnesses in exchange for resolving all past and future lawsuits. "This legislation makes it more likely that Pennsylvania will be completely in compliance with the Master Settlement Agreement, and therefore, increase the likelihood we receive the full payment due to us in the agreement," said Rep. Krueger-Braneky.

As for the smokers who talked to FOX43, they said the new tax will not change their habits, just how much is in their wallets. "You have to cut and crimp where you can, so you can support your habit," said Robinson.