CARLISLE, Pa. — Emergency workers are preparing for the next level in fighting the heroin and opioid epidemic: a strain of Fentanyl so strong that when la... 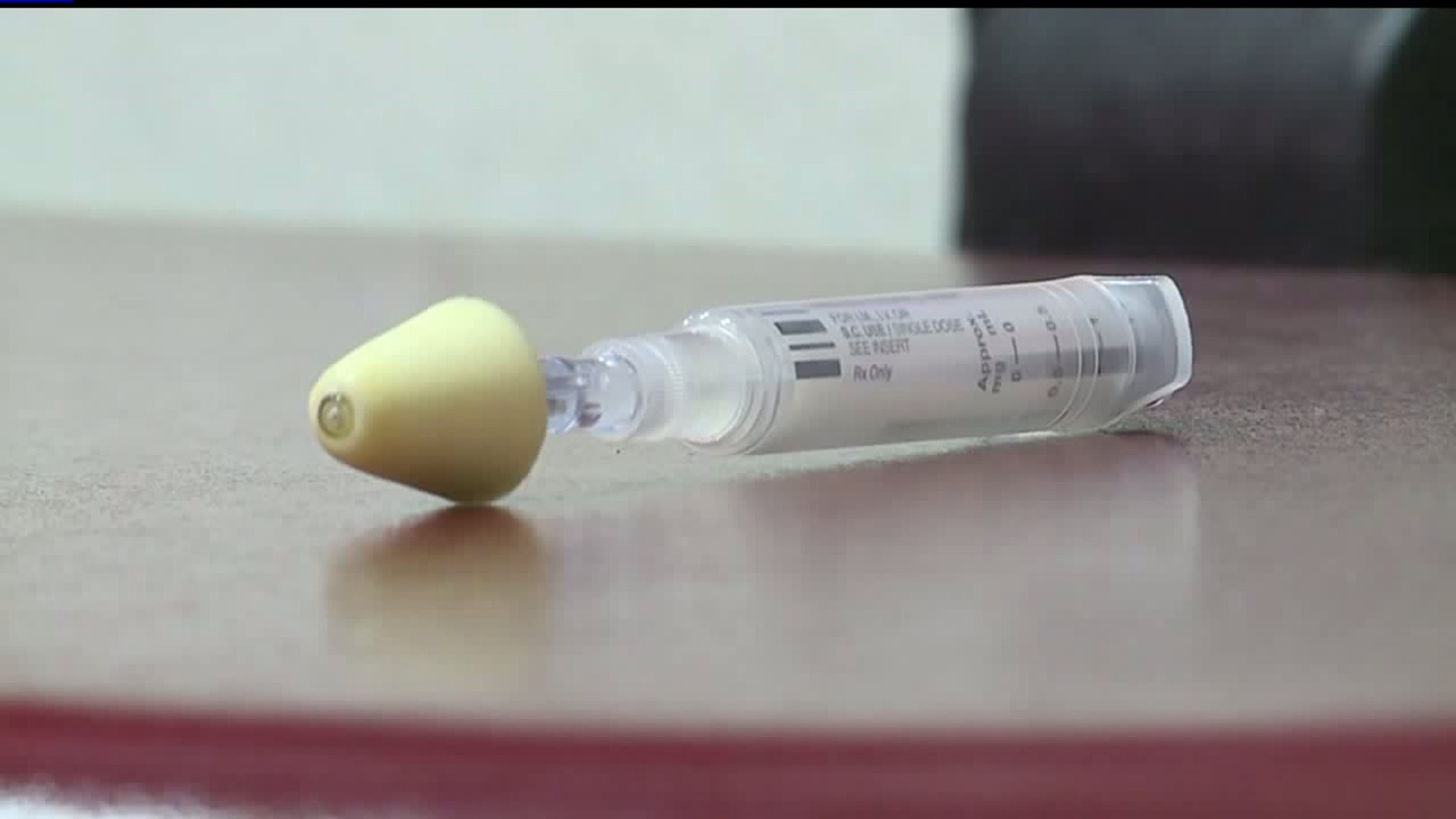 CARLISLE, Pa. -- Emergency workers are preparing for the next level in fighting the heroin and opioid epidemic: a strain of Fentanyl so strong that when laced on heroin, it resists the overdose reversal drug Naloxone.

Health officials believe Acryl fentanyl is responsible for two overdose deaths in Western Pennsylvania in April. A York County man was also arrested in April on drug trafficking and firearms charges. Anthony Corsa, 31, of York, was in possession of drugs laced with Acryl fentanyl.

The drug is so new, it's not officially recognized by the Drug Enforcement Agency. Unlike fentanyl and carfentanil, which have medical uses, Acryl fentanyl is strictly used for recreational drugs.

"With these street drugs, which have no medical use, we're not sure what exists to reverse them," said Nathan Harig, assistant chief at Cumberland Goodwill EMS.

The fight against the heroin and opioid epidemic is already an uphill battle, Harig says. At Cumberland Goodwill, first responders are using the Naloxone drug Narcan so often, they're running out of supplies workers use for training purposes. Introducing Acryl fentanyl onto the streets is a game-changer.

"As it gets more powerful we're going through this stuff more and more," Harig said. "We might not carry enough Naloxone to take care of a patient on this."

He estimates a patient overdosing on Acryl fentanyl could go through four doses of Naloxone to revive, and that may not even be enough.

Harig says he hasn't seen any cases of Acryl fentanyl in Central Pennsylvania yet, but he notes it's only a matter of time. "All roads lead into Carlisle," he says.