CAMP HILL, Pa. — Driverless vehicles may not seem like something that you and your neighbors will have on the road anytime soon, but they’re actuall... 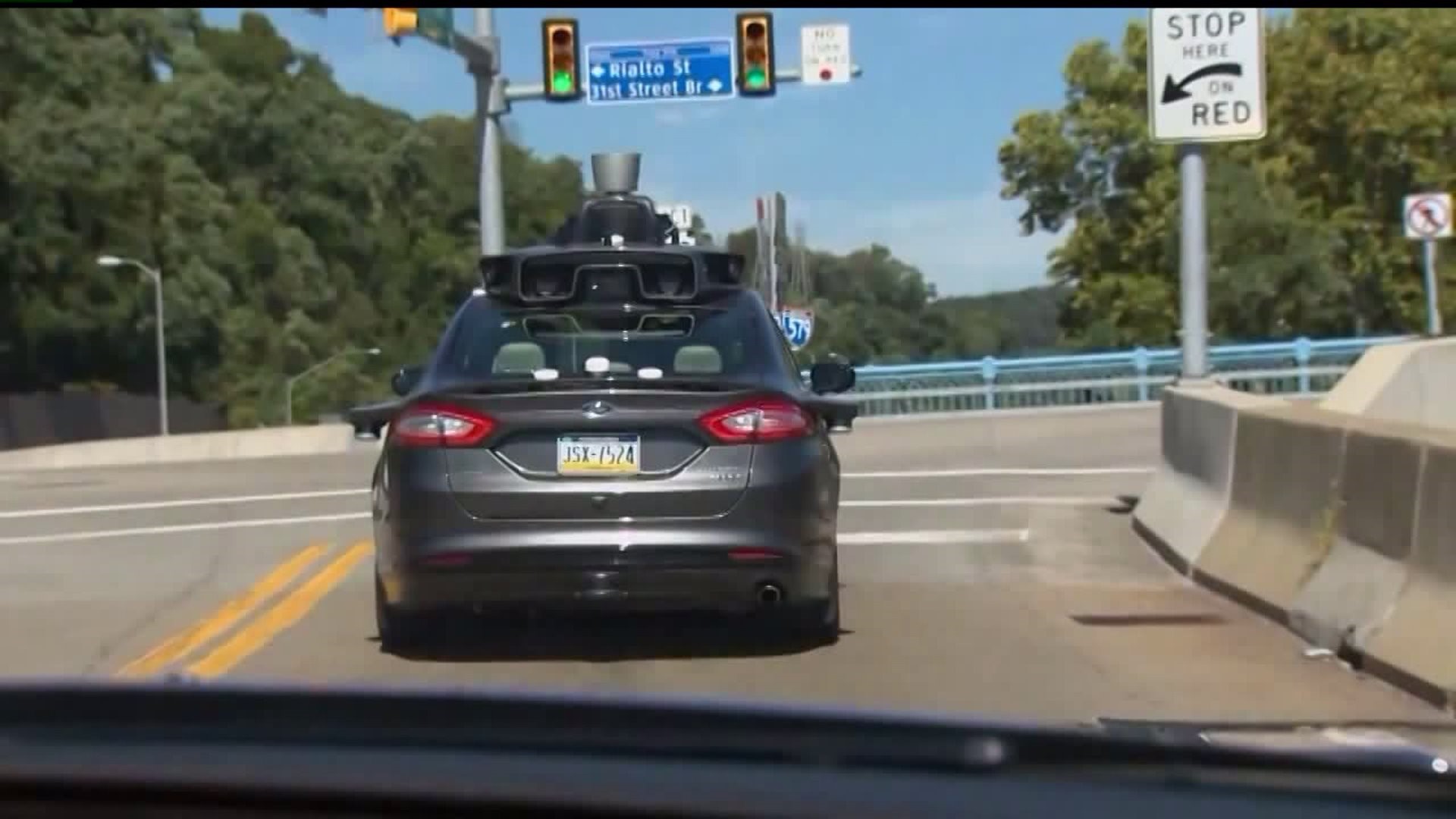 CAMP HILL, Pa. -- Driverless vehicles may not seem like something that you and your neighbors will have on the road anytime soon, but they're actually a lot closer than you might think. The Automated Vehicle Coalition (AVC) hosted a press conference Tuesday to celebrate the passage of House Bill 1958.

There are already self-driving cars, but someone has to be in those cars at all times. This new legislation allows driver-less crash trucks to protect highway workers from getting hurt.

Back in August FOX 43 did a story on House Bill 1958, which would allow automated work zone vehicles by PennDOT and the PA Turnpike Commission, and for the platooning of motor carrier vehicles.

“Our bread and butter is innovation solutions in the engineering space,” Bob Scaer, Chairman and CEO of Gannett Fleming, said. “Yeah this convergence in technology is going to change absolutely everything. How we do it, who we do it for, what we do. So yes we’ve been working on this kind of thing for a very long time.”

That Bill is now Act 117. It was signed into law in October.

“It’s a little scary though to think about, ‘okay computers going to take over’,” Laurie Matkowski, President of the Automated Vehicle Coalition (AVC), said. “But if you think about your cruise control that’s exactly what happens. So this is kind of an elevated technology along those same lines.”

Platooning is when a group of connected vehicles travel closely together at high speeds. However, there will be a driver in the first vehicle of the platoon who is steering and leading the group. Leaders with the AVC, Gannett Fleming, PennDOT, and Representative Greg Rothman, who sponsored the bill, said their first priority is safety

“When you order your packages for the holidays, they’re going to come through our roads and highways to be delivered to your neighborhoods,” Rothman said. “This legislation will help in efficiency of distribution of goods, as well as the most important thing, safety.”

“This is an unprecedented time,” Scaer said. “You may have heard the phrase the ‘fourth industrial revolution.’ That’s what going on. The technology, the artificial intelligence, machine learning, automated engineering is happening right now and it is transforming so many things.”