New legislation could cut down on amount of robocalls

HARRISBURG, Pa. – A state senator is drafting legislation that would make it easier for people to stop the robocalls they receive. In December 2018, Penns... 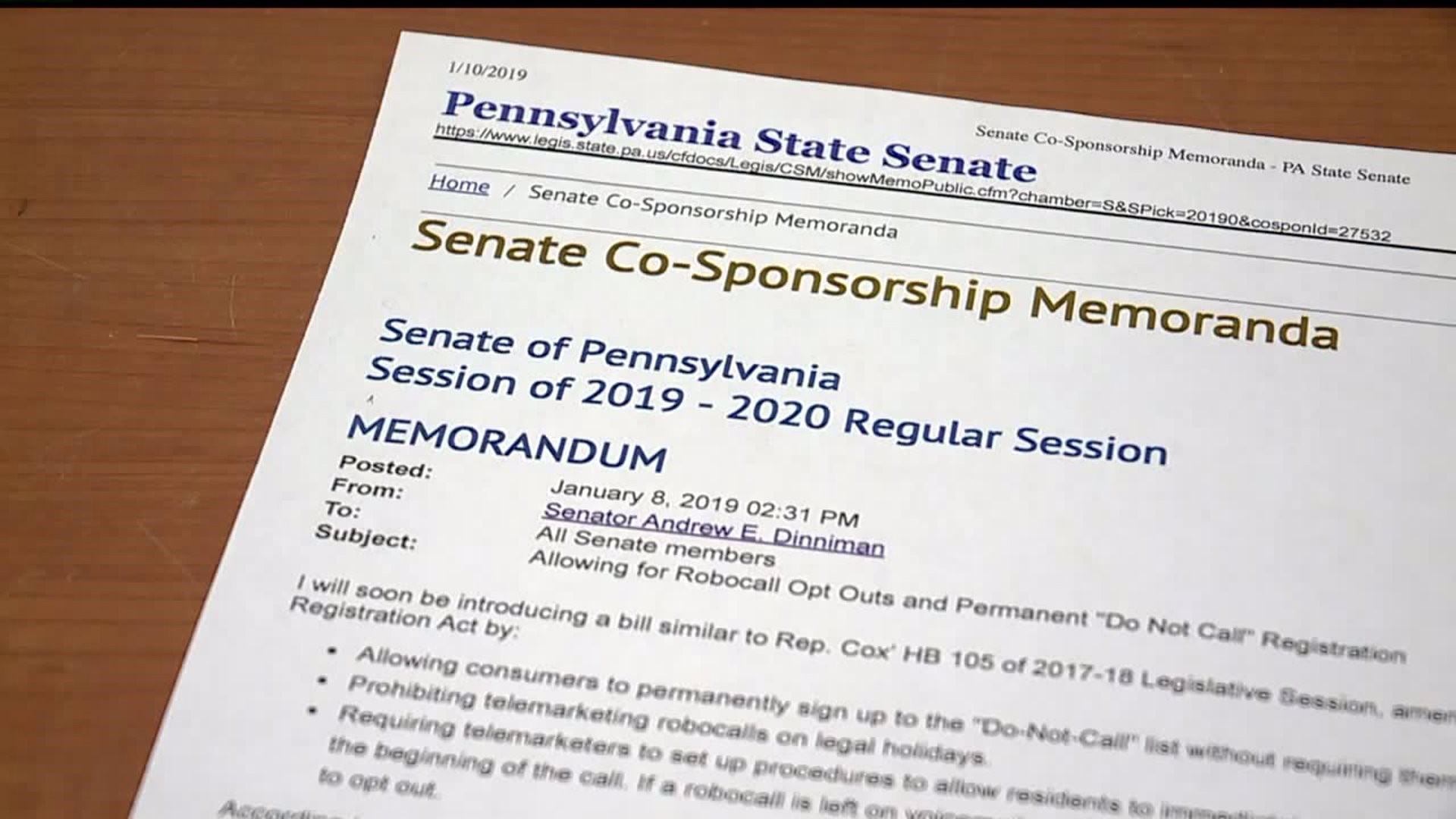 HARRISBURG, Pa. - A state senator is drafting legislation that would make it easier for people to stop the robocalls they receive. In December 2018, Pennsylvanians received about 160 million robocalls, translating to about 10 calls per person.

"They are the worst things in the world," said Patricia Jackson. "They're always calling around the holidays, tax season, they're like annoying."

This year, you can expect these calls to get worse, experts are predicting nearly half of all calls we receive this year will come from scammers. State Senator Andrew Dinniman is planning to propose legislation to amend Pennsylvania's Telemarketer Registration Act.

In a letter sent to all state senators, Sen. Dinniman explains his bill will:

This type of legislation has some people happy it could cut down on the amount of calls they receive.

"At least I know it's going to stop somewhere," said Jackson.

While others are a bit skeptical legislation will do much of anything, and they plan to continue to use their own ways to stop the robocalls.

"I have my phone to set up to only ring when my contacts call me," said Sam Heybey.