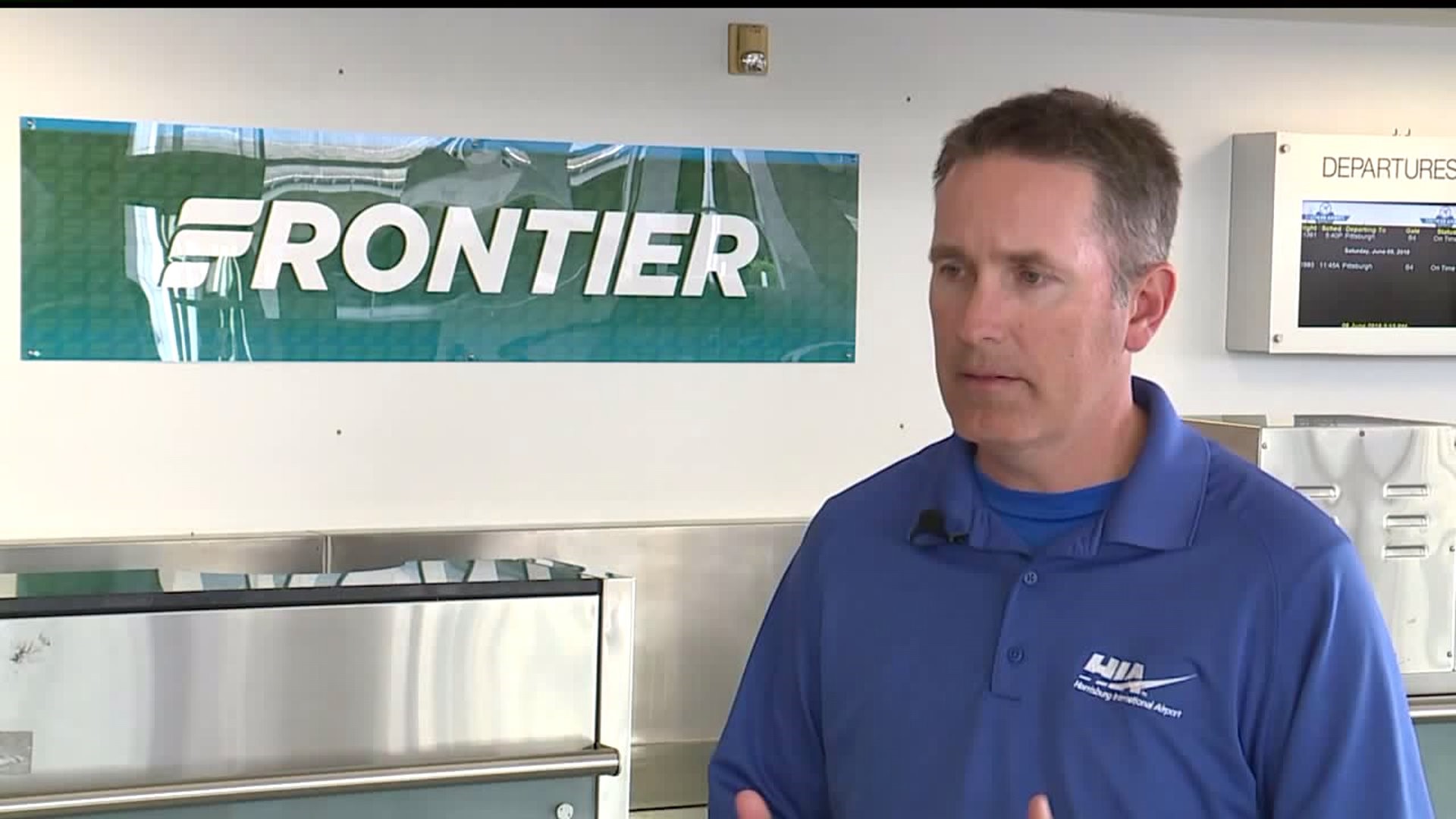 Earlier this week, Frontier Airlines sent an email to hundreds of people with purchased tickets to Orlando, Florida from HIA, saying they would be changing the days they fly out from Monday and Friday to Sunday, Tuesday and Thursday.

“It’s an inconvenience, there’s no doubt about that," said Scott Miller, Harrisburg International Airport spokesperson. “With a change in flight’s going to require people to either move over their reservations up a day or back day for their travels that have already been purchased.”

Scott Miller, with HIA says since the change was announced on Tuesday, he’s been getting multiple calls from frustrated customers.

“People were wondering what’s going on? People were like, this is strange, why has this happened," added Miller.

FOX43 reached out to Frontier Airlines and they responded in part — quote: “Some flights increased in frequency from 2 to 3 times a week to better match the local demand that we are seeing.”

“If you can’t make it work, you’ll get a refund, you still have plenty of time to look at a different option, that’s the good thing here. You have two months," said Miller.

The problem is — Frontier Airlines is known as a budget-friendly airline, so for the folks who already purchased tickets to Orlando and chose a specific day for the cost, they may end up paying more money finding tickets with another airline.

“It’s a major inconvenience," said John Wekkin, traveler. "A refund is certainly a step in the right direction but the extra work and the extra stress when you are traveling is already quite a bit anyway is you have to way the good and bad on that if that compensation is really enough," he added.

“If I choose to fly Frontier or any airline it’s for a reason and if it’s for economical reasons then I don’t think it is fair for me to book another flight within 60 days, especially during summer when airline tickets are really expensive," said Bhumi Patel.

But Miller says in the long run, the changes are good, adding service, and giving people an extra day out of the week to travel at a low fare.

“That gives you more money to go to the park, to do other things, but with that lower cost, you have to be more flexible when you go," added Miller.