New app to help with crime in York

YORK, Pa. — In York county, one police department is going digital to advance communication between the city and police. It’s called York City PD, and it&... 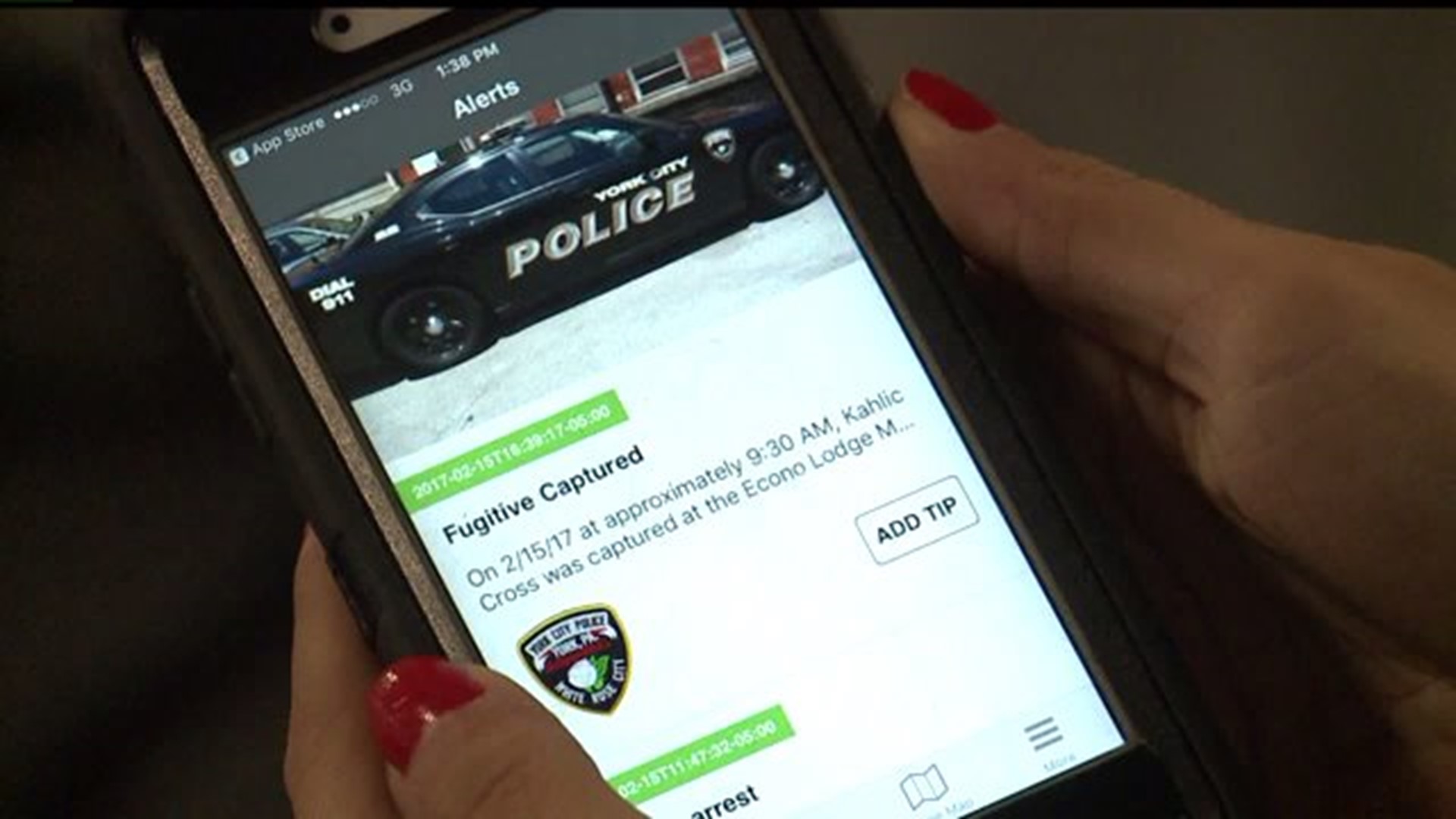 YORK, Pa. -- In York county, one police department is going digital to advance communication between the city and police.

It’s called York City PD, and it's a brand-new app York City Police are using to communicate with citizens.

"All we're trying to do is communicate a little better with the community we serve,” says Chief Wes Kahley of York City Police.

You can get it for your iPhone or Android.

The new app alerts you of different crimes happening in the city, as well as where they are happening on a crime map, and allows you to send in anonymous tips in to police.

"If you live in a specific neighborhood, and you pay attention to what's going on there over time, using the map, you'll get an idea of what's happening,” adds Chief Kahley.

According to Chief Kahley, the app helps neighbors stay informed and the police department to solve crimes.

"At our staff meetings, we'll use those same maps to kind of show us hot spots that we need to pay attention to,” he explains.

The chief says he wants people to download the app because he’s seen a lack of communication between neighbors within city so less people are aware of what’s going on.

"People are used to texting now instead of talking face to face. Even if it’s anonymous information, it helps us out.”

Richard Gallogly agrees neighbors should talk but doesn't have much faith in the app.

"Crime is getting out of control,” he says “You know, there's all kinds of young people getting shot and stuff like that, but people need to get together and start protecting the community, and people don't do that no more.”

Gallogly’s solution? Another form of technology:

"They just need to start waking up, and beefing up the security in York. We need more cameras."

Another York man thinks the app’s a great idea.