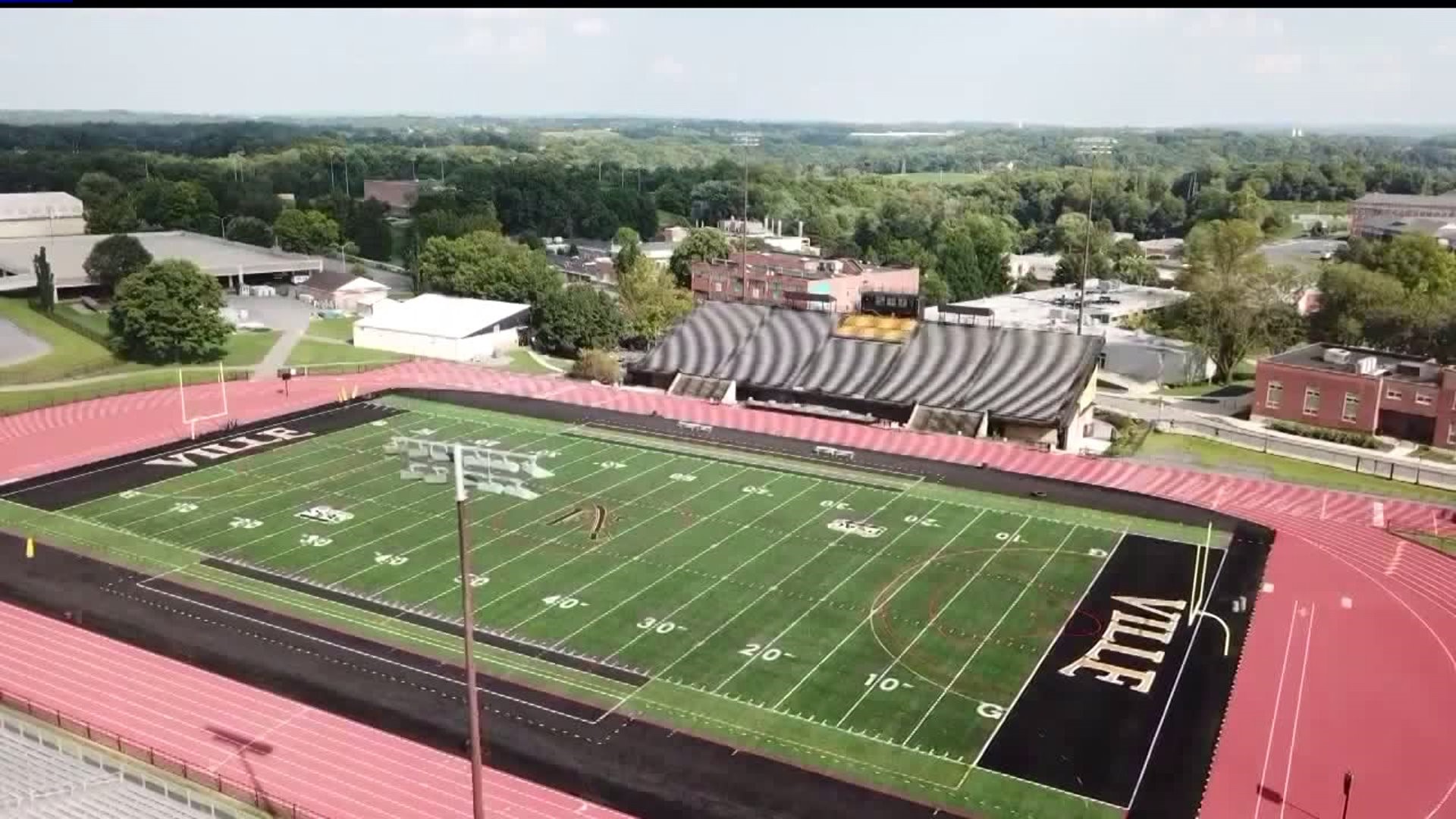 MILLERSVILLE, LANCASTER COUNTY, Pa. -- Millersville University kicked off the its football season Thursday night. The Marauders faced off against Pace University. This season, though, there are some changes, on and off the field.

One change - the players are wearing brand new uniforms and playing on a new $1 million turf field with a new fence all around it. That's not all that's new and exciting at Ville.

Millersville Marauders turned up the volume for this year's football season, kicking off each and every home game in Lancaster County with free fun for the family, including a concert at every home game, performed by current music students.

"For us we're just trying to create a culture at Millersville where people can have good time, where they can socialize, have fun around athletic events, and it all ties into itself," said Miles Gallagher, the director of athletics at Millersville University.

"I think this is going to bring a lot more students out to the games and create a better sense of community," said Margee Stevenson, a student.

There is still tailgating this season, but new policies in place, like banning hard liquor and spirits and limiting how long the tailgating can last.

"It's really from a health and safety standpoint as well, and we want our students and alumni to do smart decisions but really enjoy themselves before games," explained Gallagher.

Over the summer, the university was busy making changes on the field as well - like the new turf field.

"The last turf was about 14-15 years old, so it was much needed, so we focused on branding on this turf, so with the black sidelines, with the black end zones with the Ville in the center," said Gallagher.

"New turf field, new uniforms. The one thing great around this place is they're trying to generate a lot of excitement around here," said J.C. Morgan, the new head football coach for the Marauders.

Morgan was formerly an offensive coordinator at Shippensburg University.

'I woke up this morning around 5 a.m., and I couldn't stop thinking about what was going to happen tonight. I know the young men playing with us are excited. The coaches are excited. We just can't wait to get rolling," he added.

It's been a while since the team had a winning season, but Morgan says he's up for the challenge - something all of Ville may be ready to see.

The Marauders will play next Thursday at Indiana University of Pennsylvania.

Their next home game is set for Saturday, September 15th against Slippery Rock.

Here's a link to their full schedule: https://millersvilleathletics.com/schedule.aspx?schedule=218