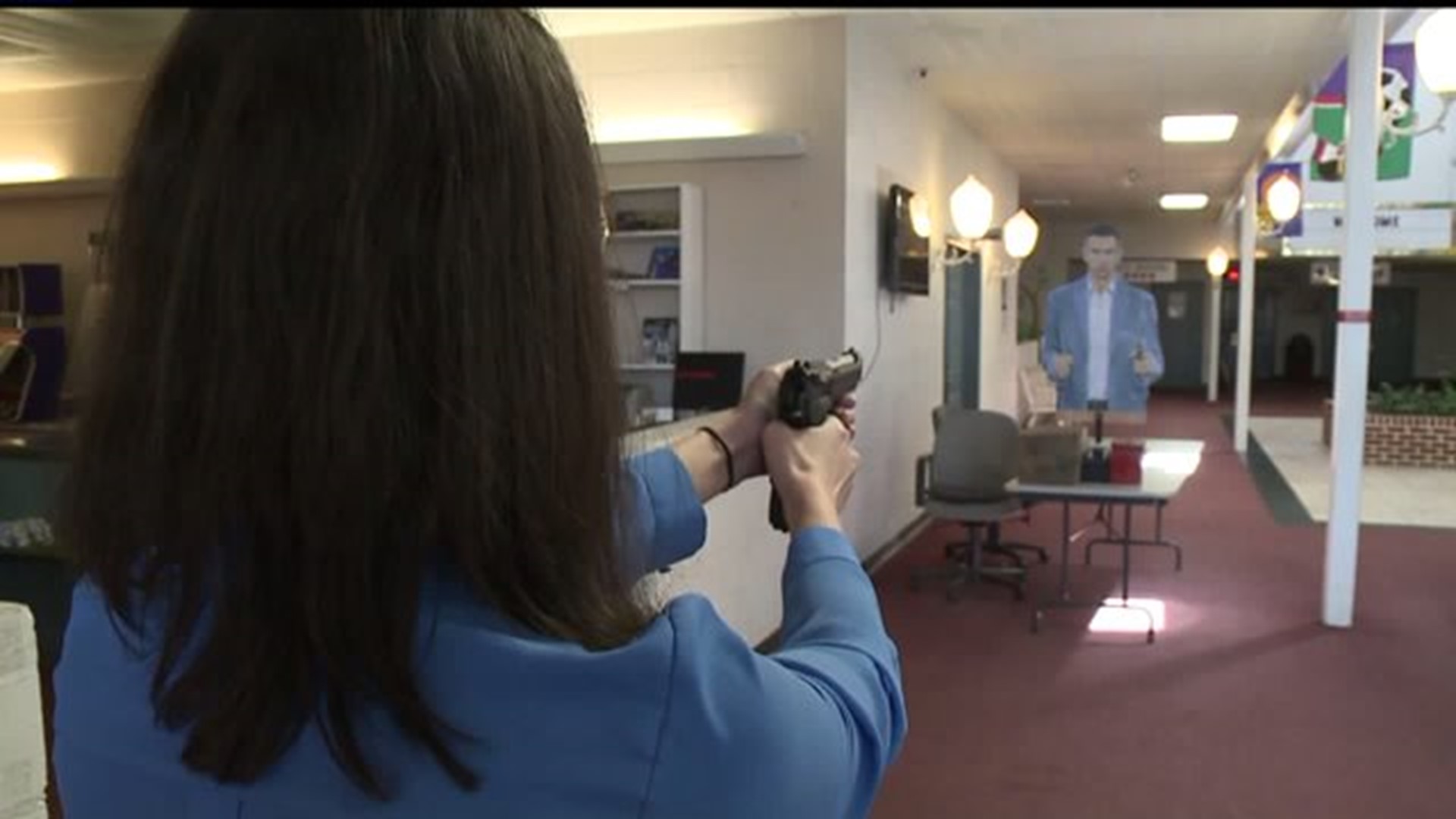 Falcon Tactical Solutions brought the Secotran target system to the U.S. on Sunday.

Ryan Morris, the owner of Tripwire Operations Group, said, "We felt that this is such a valuable training tool we're bringing it to the U.S. and we're going to manufacture it here as well."

The targets on one side show an unarmed person, but on the other side that same person is armed and dangerous.

The targets are battery-operated and they react to the shooter. The training supervisor can interact and change target responses during the session.

The goal of the system is to determine whether a person is a threat or not a threat in a stressful situation. If the target is armed, you shoot to kill. The system can be used for a variety of scenarios.

Jean Nicodeme, managing director of Falcon Tactical Solutions, said, "The targets are made for this, so we can bring the targets to real places: schools and so on, and then you can train what you have learned on the shooting range or the tactics or techniques of shooting."

It can also be used to train for terrorist attacks.

Nicodeme said, "They're always in public places, so you have to train in metro stations or airports and so on so it can also go with the targets to the airports in the evenings."

This system is an upgrade of the training already in place to identify active shooters.

The demo will be shown to local police over the next couple of days. The training will be more intense - with 40 targets instead of 5, and will be more stressful.