PENN TOWNSHIP, YORK COUNTY, Pa. — One person is left seriously injured after an apartment building explosion and fire on Saturday in York County. It happe... 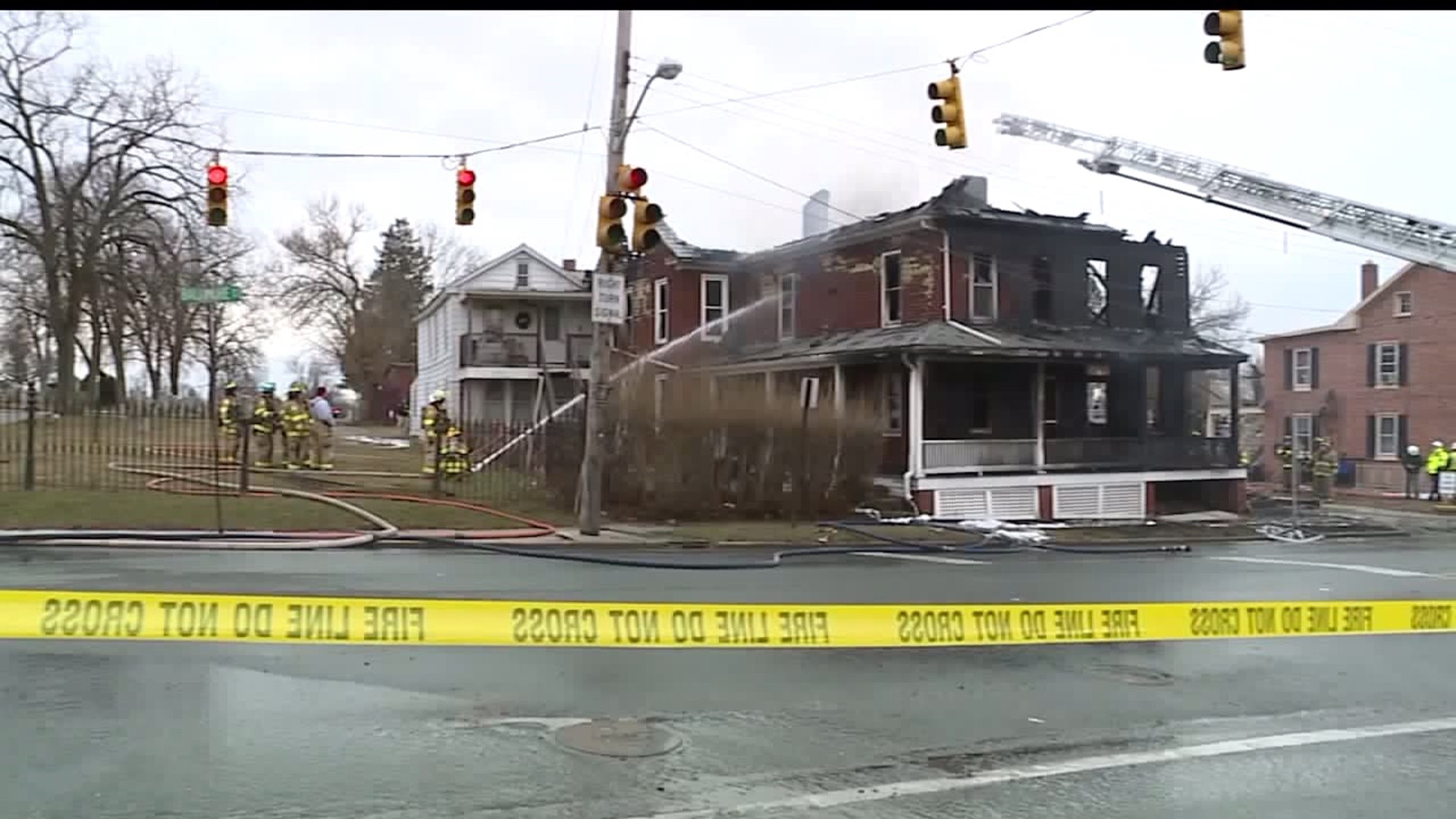 PENN TOWNSHIP, YORK COUNTY, Pa. -- One person is left seriously injured after an apartment building explosion and fire on Saturday in York County. It happened just after 2:00 p.m. on the 600-block of Baltimore Street, near Hanover.

Fire officials tell FOX43 the explosion came from the north side of the 4-unit apartment building.

Two men were inside when the explosion happened. One of those men managed to escape with no injuries, however the other man was found severely burned by neighbors.

“It was just a big bang, boom, like a piece of dynamite going off," said Douglas Emig, neighbor.

Douglas Emig was at home, directly next door to the explosion, when suddenly he heard a loud noise.

“I just saw an explosion out my window where my next door neighbor is out, where he has a wood shop, the window and the wall exploded out and particles landed all over the place," said Emig.

A few houses down on Baltimore Street, Zabrina Bixler, was watching TV when she too heard the explosion.

“My first thought was someone hit my house," said Bixler.

So she stepped outside.

“I see like a cloud of whiteness and that’s when the lady up here came out and she saw more and she’s like call 911," added Bixler.

“We look and flames are starting so I try and stop traffic, meanwhile that’s happening I guess the guy on the second floor had came down the stairs and he was on fire," said Bixler.

That’s when Bixler and neighbors, firefighters, EMT's and police came together as a community to help.

“We ran and got blankets and everything because he was burnt, you could tell his skin was a snake… he wasn’t saying much, he was basically in shock," said Bixler. “It breaks your heart to see but the community comes together to try and do what we can to help one another," she added.

The man who was found burned was taken by helicopter to John’s Hopkins Bayview Burn Unit in Maryland.

As of Saturday night, the extent of his injuries is unknown.

The American Red Cross will be assisting all eight people who lived in the building and are displaced.

The cause of the fire is still under investigation.

Columbia Gas also responded to the scene. Crews dug up a gas service line at the end of the street and shut it off, due to meters being possibly damaged from the explosion.

Columbia Gas determined it was not at fault, however all water, gas and electric will be off until the investigation is closed.