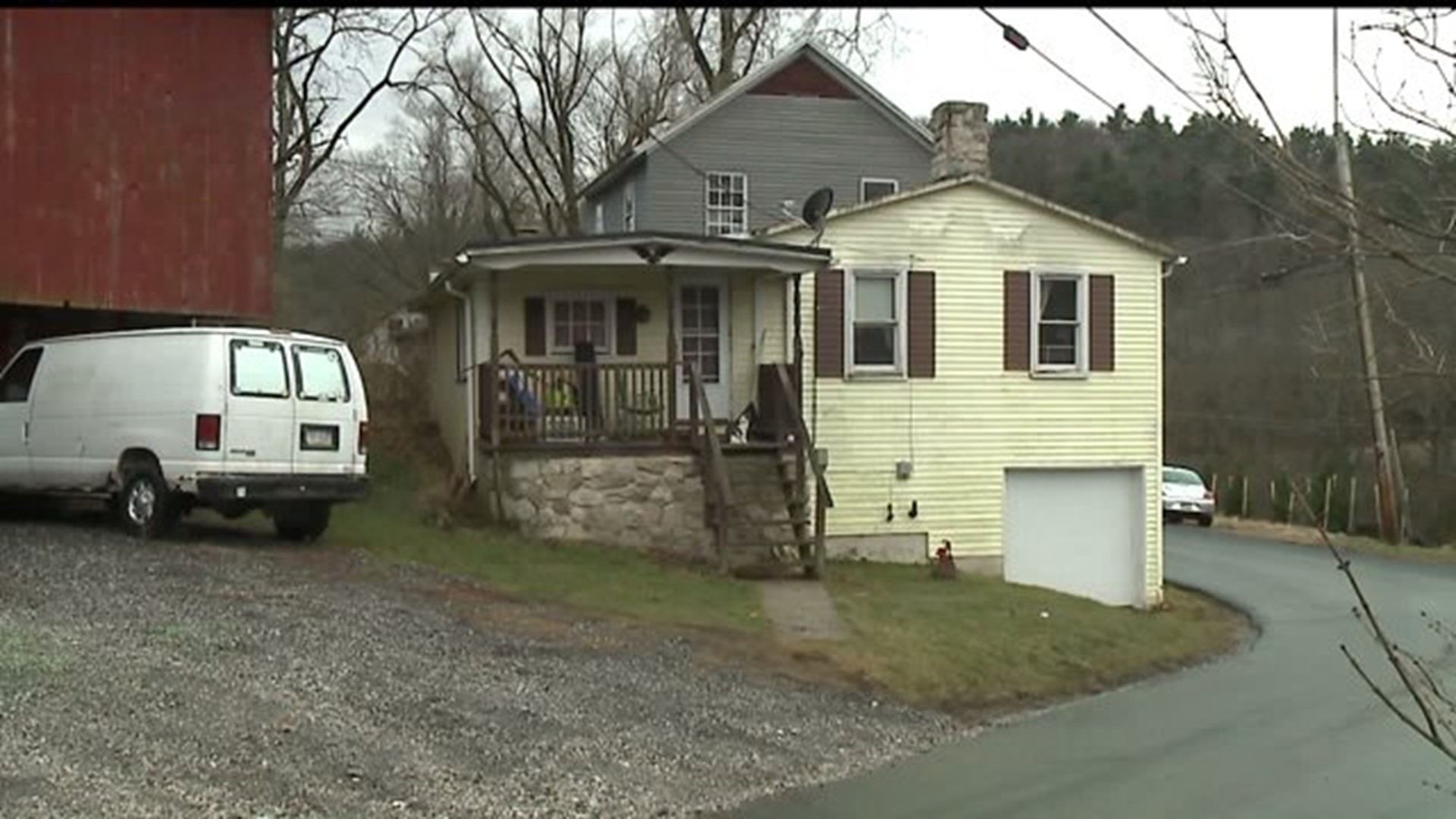 Police said a 40-year-old Shrewsbury Township woman intentionally suffocated her young son, and then shot herself in the head.

It happened on the 12000-block of Baltimore Street in Shrewsbury Township.

It's a story that has been very upsetting to people who live in the area, something neighbors could only call sad.

People who live in the quiet corner of Shrewsbury Township said not much happens in that neighborhood. That silence was broken by a murder-suicide Monday afternoon.

Neighbor Jason Lanius said "I was at work and my wife just texted me out of the blue, and said that there were a lot of cop cars, showing up around the house, and there were police lining off around our front yard."

Pennsylvania State Police were checking on Jason Lanius' next door neighbor, Sheri Shermeyer. Police found Shermeyer inside her home, in bed with a self-inflicted gunshot wound to the head. Police also said they found her one year old son intentionally suffocated.

"I saw them outside during the summer and late fall, playing and having a good time. She was always really happy, it seemed like. I wouldn't have known that there was anything going on, so just to know that behind closed doors, things were that rough," Lanius said.

It was the day after Christmas when Shermeyer posted her public goodbye on social media in which she threatened to shoot herself.

"It's such a sad thing. He was just a year old. Just from reading the stuff on Facebook, it was obvious that there were a lot of people that really loved her, and cared about her. It's a shame that something happened, and it was kind of too late," Lanius said.

Suicide prevention experts say if it appears a friend or family member is considering suicide, talk with them.

They say it may be a difficult subject to bring up, but talking about their thoughts and feelings may save a life.

The National Suicide Prevention Lifeline has some tips on what to do if you see a suicidal post on a social media site.

It says any posts that mention wanting to die, having no reason to live, or increased drug or alcohol usage are posts that should be reported.