YORK, Pa. — Now that the snow is all but over, it’s time to dig out. People throughout Central Pennsylvania have been out shoveling multiple times today j... 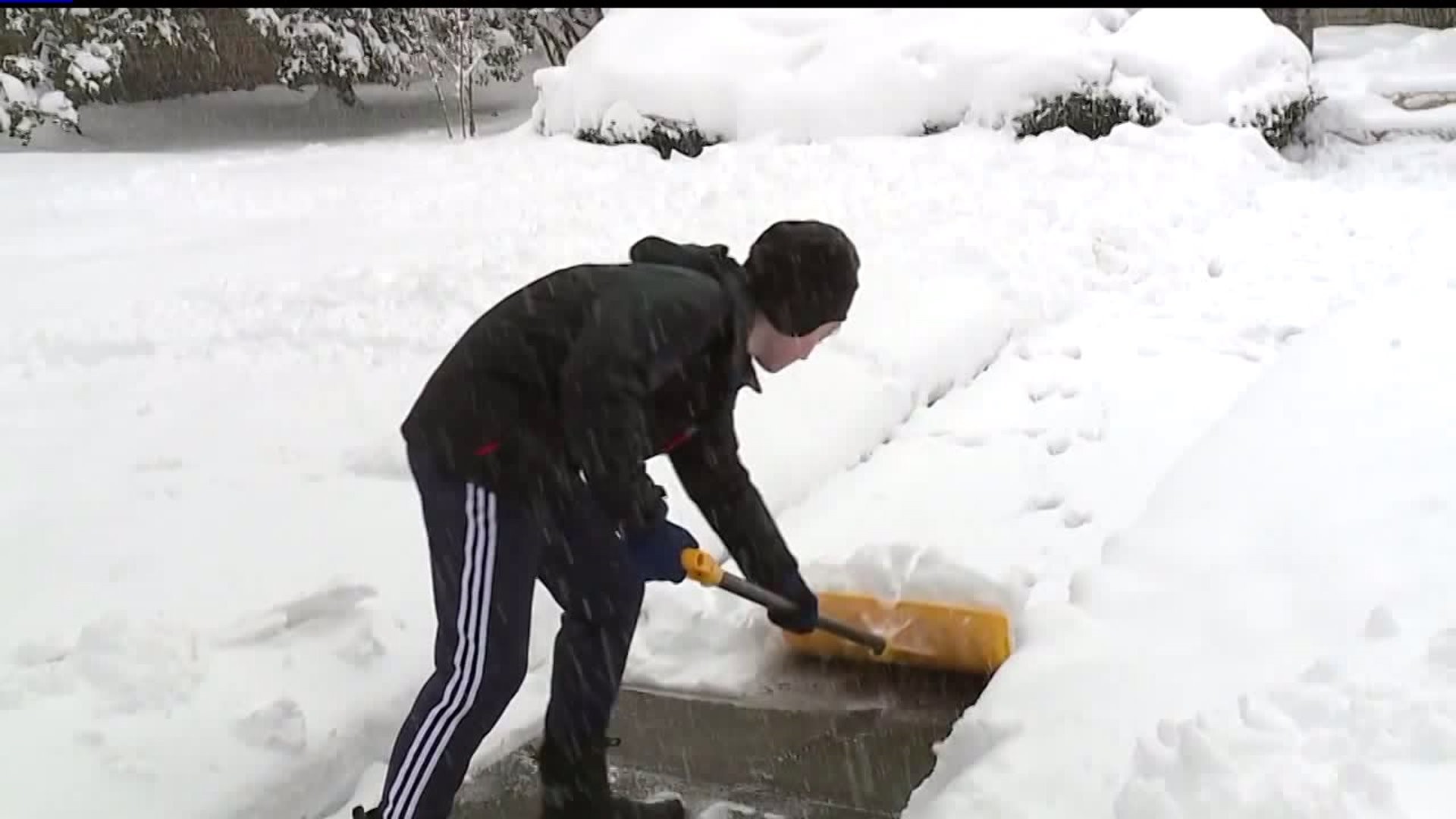 People throughout Central Pennsylvania have been out shoveling multiple times today just trying to keep up!

This afternoon, those neighbors were outside clearing sidewalks and digging out paths for their vehicles.

A number of good samaritans even went block by block to offer help to those who couldn’t do it alone.

Joe Haberle in York is outside clearing the snow off his sidewalk on Springdale Road.. again.

“I come out several times because the snow just won’t quit. If you let it get too high, then it just gets to becomes a bigger problem,' he said.

Haberle thought Mother Nature would give him a break.

"Last night, it stopped, and I said, ‘maybe that’s it!’ And then when I woke up this morning, I was very disappointed," he said.

Across the street, a young shoveler helps his neighbors.

“I mowed for them in the summer, and I think it’s a good thing to do," said Matthew Deconto, York.

FOX43 found a number of good samaritans lending a helping hand - some with snowblowers and others equipped with shovels.

“I actually just shoveled out two cars around the corner for this lady," said Takersha Fountain of York.

When asked why they do it, many had a similar answer.

“Because it comes from the kindness of my heart," said Fountain.

Officials with the Mayor’s office say they will start issuing tickets for uncleared sidewalks 12 hours after they declare the storm to be over.