FRANKLIN TOWNSHIP, YORK COUNTY, Pa. — Some people in York County are reporting sightings of an animal which hasn’t lived in the wild in Pennsylvania since... 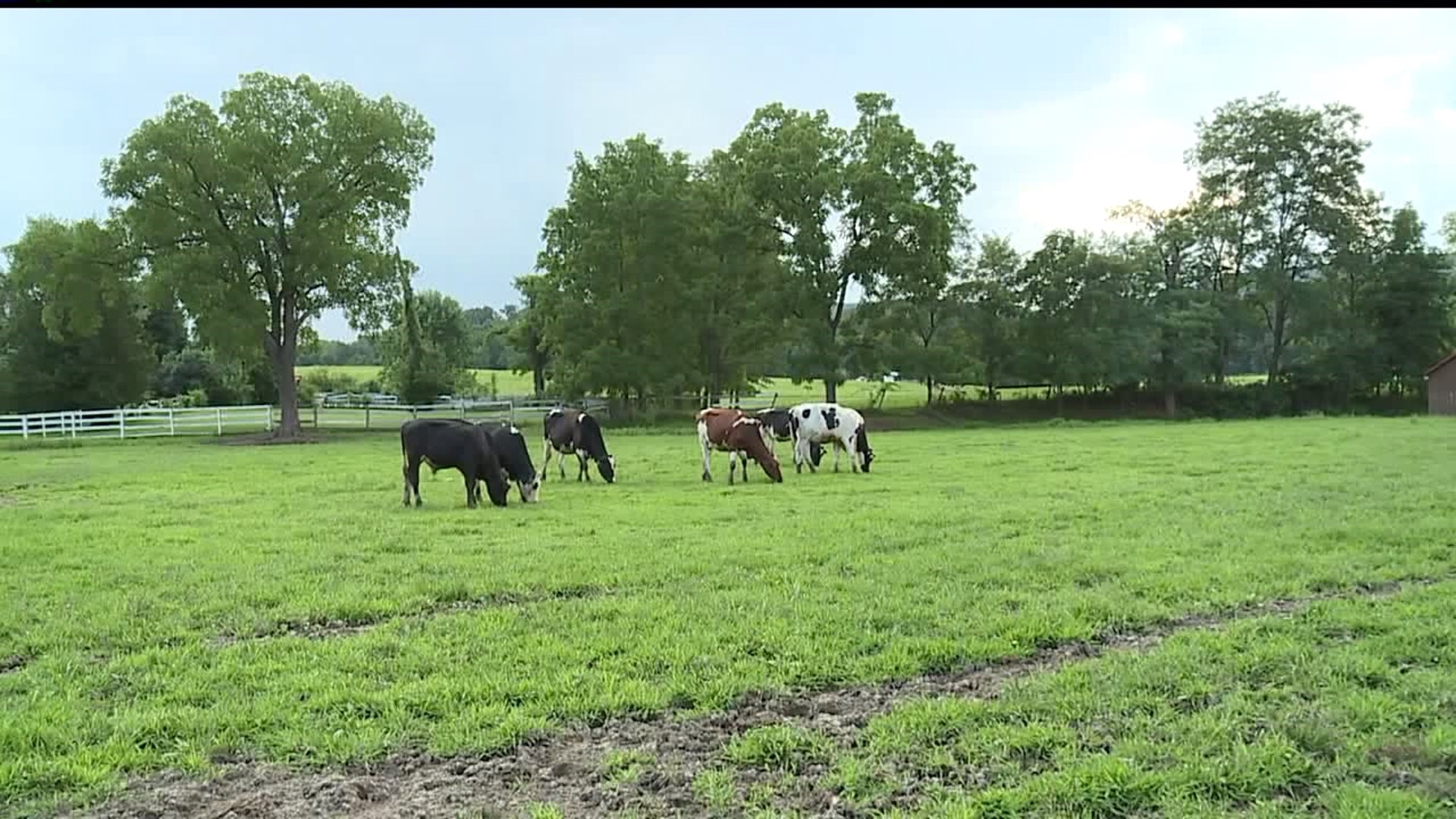 FRANKLIN TOWNSHIP, YORK COUNTY, Pa. -- Some people in York County are reporting sightings of an animal which hasn’t lived in the wild in Pennsylvania since the 1800's according to the Pennsylvania Game Commission: mountain lions.

What makes this controversial is U.S. Fish and Wildlife Service declared the mountain lion extinct east of the Mississippi and north of Florida earlier this year, ruling them out here in Pennsylvania.

There’s a whole page dedicated to sightings in our area on Facebook and people who swear they’ve spotted one.

"They’re very docile animals so for them to run through a board fence, three sections like that - is very unusual," said Kathy Mulholland.

That night, she says her dogs made a mess and her donkeys made quite the commotion.

Why? She says a mountain lion, otherwise known as an eastern cougar or puma.

She’s concerned about children who play in the area and her babies.

"These little miniature donkeys are like children to me, so I was afraid for them plus we have a lot of livestock," she added.

She’s not the only neighbor in York County convinced they’ve spotted one.

"It stopped and looked at us and the eyes were glowing bright yellow. It was a big cat, big long tail, it was no doubt as to what it was," said Gary Blauser.

"It had the long tail, with the dark tip. It was unmistakable. We saw it right there in front of us," said Heidi Blauser.

The Blausers believe they saw a mountain lion near a cattle farm on Glenwood Road.

Nicole Shaver swears she saw one off Zeigler Road in Wellsville.

“I saw, it wasn’t a dog, I know that for a fact, it was in somebody’s yard, and it was big and long. It had a long tail," said Shaver.

The Pa. Game Commission isn’t ruling out the possibility but says the animal hasn’t inhabited Pennsylvania since the 1800's.

"We can swear and declare there’s never a mountain lion in Pennsylvania, but there’s always the possibility of a captive mountain lion escaping, going into the wild," explained Travis Lau, a spokesman.

There’s also the possibility a western cougar is migrating through the area, according to Lau.

He says what they think they saw could even be a bear or even a bobcat.