LANCASTER, Pa. – A police officer’s use of a stun gun sparked outage and concern in the City of Lancaster. Lancaster City Police are now looking int... 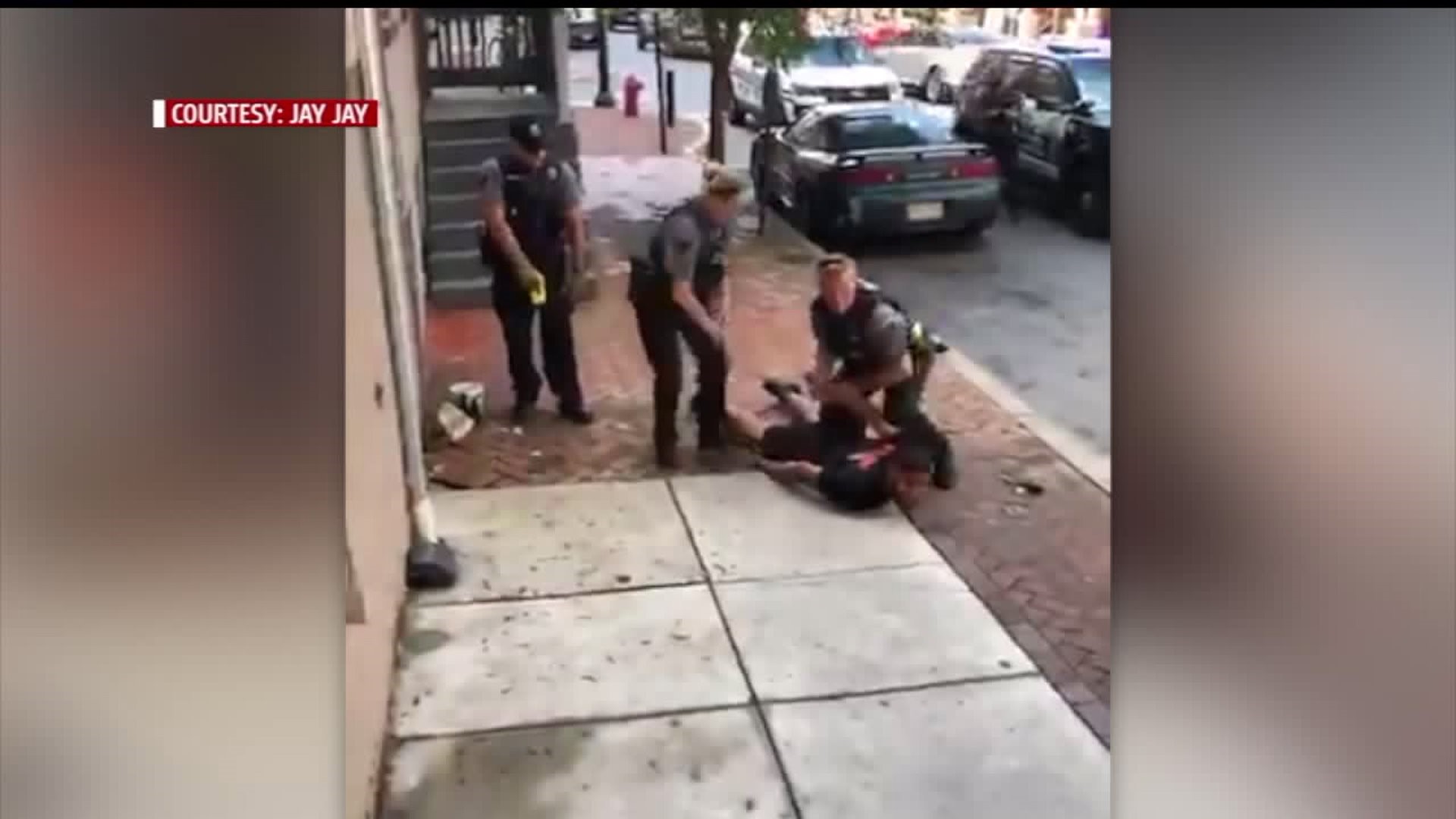 LANCASTER, Pa. - A police officer's use of a stun gun sparked outage and concern in the City of Lancaster.

Lancaster City Police are now looking into whether the officers' use of force was justified.

Police say an officer tased a Lancaster County man after he failed to follow police instruction around 10 Thursday morning.

The incident happened on South Prince and West Mifflin Street in the city.

Police were called to South Prince Street for reports of a disturbance, a man going after someone with a baseball bat.

Police have since said they interviewed people who never saw a bat, and they never recovered one either.

According to police, the man involved wasn't being compliant, and that's when an officer decided to use force.

"Legs straight out or you're getting tased," said a Lancaster City police officer.

A neighbor records the Lancaster City police officer as he uses his stun gun on 27-year-old Sean Williams.

The video has since gone viral.

According to police, Williams didn't follow their instructions to sit down, stick his legs straight out, and cross his ankles after a reported disturbance.

"You're really going to tase him?! He was sitting down though, bro!" said the neighbor behind the camera.

Lancaster City Police declined an on-camera interview but explained the officer's commands in a statement to FOX43: "This is done as a measure of control to insure that if someone is going to flee or offer physical resistance, they will have to move their legs under them to do so. Non-compliance is often a precursor to someone that is preparing to flee or fight with officers."

Organizers with Lancaster Stands Up though say it appeared Williams was complying, and they are questioning the officer's use of force.

"I already have already kind of a distrust with the police, but seeing that video, and having a 12-year-old brother who is African American, and seeing even if you are compliant, something can happen to you," said Taylor Enterline, Lancaster Stands Up.

"It's very concerning particularly with people of color in this community, this unnecessary force, these kind of things, and nobody being held accountable," said Eliza Booth, Lancaster Stands Up.

"We take this kind of use of force very seriously. For me, it reaffirms the need and my personal commitment to moving forward with body cameras," said Mayor Sorace (D).

After the incident, police say they were able to take Williams into custody. A check found Williams had an outstanding warrant, charged with public drunkenness and possession.

Earlier this afternoon, Williams was arraigned and released on 5,000 bail.

Because of this incident, some community members are planning a rally tomorrow evening, calling on police to end brutality.

The event is scheduled for 5:30 p.m. on the steps of the Lancaster County Courthouse.

The Lancaster County District Attorney tweeted on July 2nd in connection to this incident: "Our office is involved, in a limited capacity, in the internal investigation, and are assisting the Lancaster city police with certain aspects of the investigation. We ask the public for patience and allow the investigation to run its course. We emphasize that this work will be done with integrity and the appropriate transparency. We do intend to discuss publicly all findings in this case."