HARRISBURG, Pa. — Robert Allen had just fallen asleep before the screaming sounds of his smoke alarm suddenly woke him up. Smoke had started to fill his h... 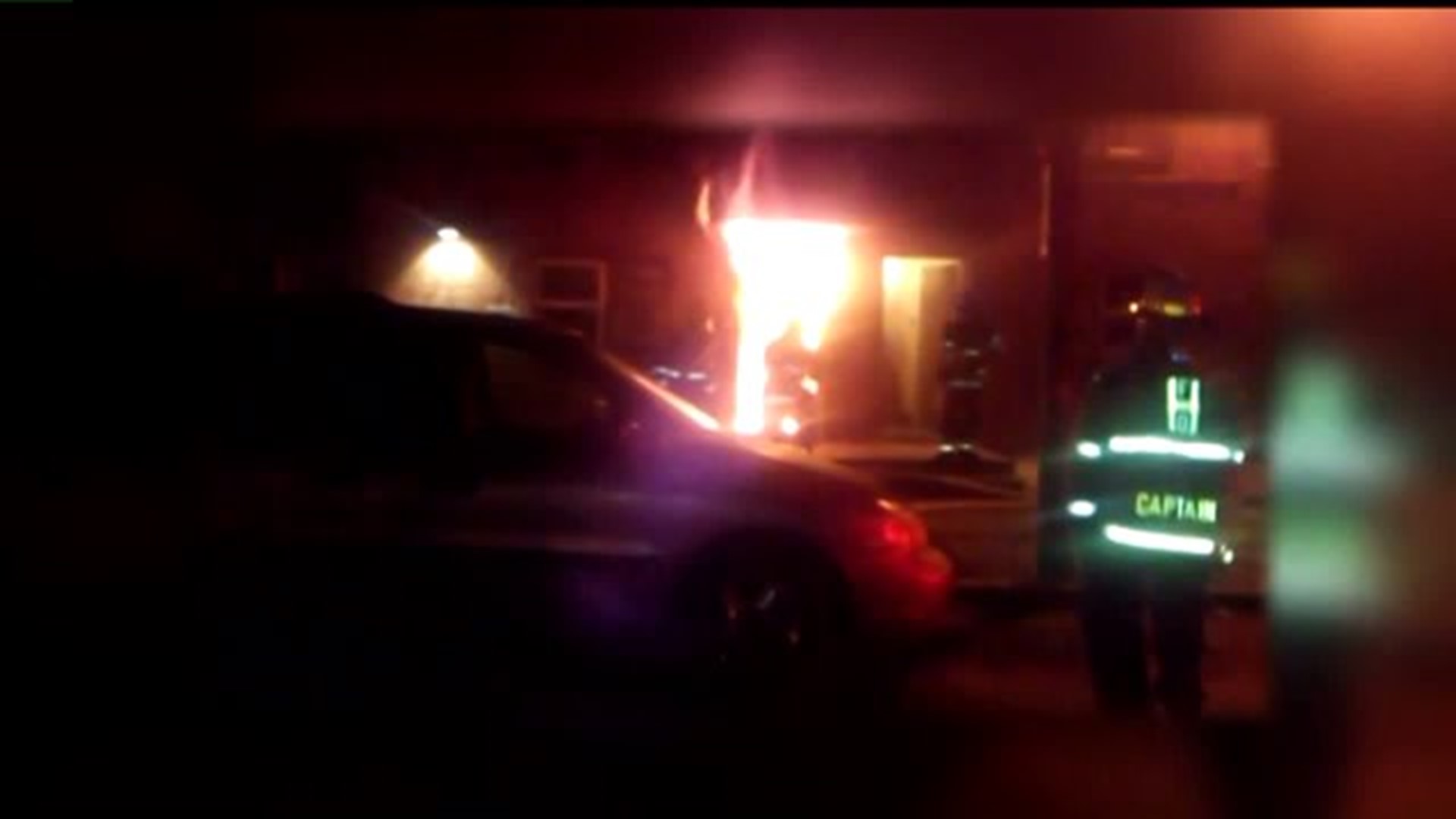 HARRISBURG, Pa. -- Robert Allen had just fallen asleep before the screaming sounds of his smoke alarm suddenly woke him up.

Smoke had started to fill his home, a first floor apartment in a series of row homes along the 1200 block of Kittatiny Street in Harrisburg's South Allison Hill neighborhood. However, the fire was elsewhere. He called 911 and woke up some neighbors.

When he went to wake up his next door neighbor, Allen realized Freddie Malave was trapped.

"I was right inside the doorway when I was hollering his name," Allen said, pointing at the now burnt-out entry way. "He said, 'I can't get up,' and that's when the fireman ran in and grabbed him."

Harrisburg firefighters arrived on the scene within two minutes of dispatch, according to Chief Brian Enterline, to find a wall of fire at the front door.

"Our firefighters literally crawled through fire to reach the victim in the first floor apartment," Enterline said.

The victim, he added, suffered non-life threatening burns in the escape, and was taken to Penn State Hershey Medical.

Neighbors identified the victim as Malave, a retired county sheriff who was well-liked by the neighborhood.

"(Firefighters) told us he's not burned too bad. He survived it," said property owner Armand Apa. He and his wife, Ruth, have rented to Malave for the last 25 years they said.

"He's like family," Ruth said. "When we heard, our first reaction was prayer."

Throughout the morning, friends and family went through the home to salvage personal belongings; guitars, records, and clothes were taken out by brothers. Malave's apartment was largely spared, with the exception of smoke damage and broken windows taken out by firefighters looking to oxygenate the flames.

The focus now shifts to how the fire started, and it was quickly determined the investigation would lead to arson.

"Quite frankly, there were no possible accidental causes in the area the fire started," Enterline said.

Harrisburg Fire is working to determine how specifically the fire started in the staircase, while Harrisburg Police are looking for tips.

They may be able to find their culprit thanks to street cameras, one of which sits atop a telephone pole at the corner of Kittatiny and Hummell Streets.

"I'd love to see what's on that camera," Armand says.