LONDONDERRY TOWNSHIP, DAUPHIN COUNTY, Pa. — The day after it was announced the Three Mile Island nuclear power plant would shut down in 2019, employees an... 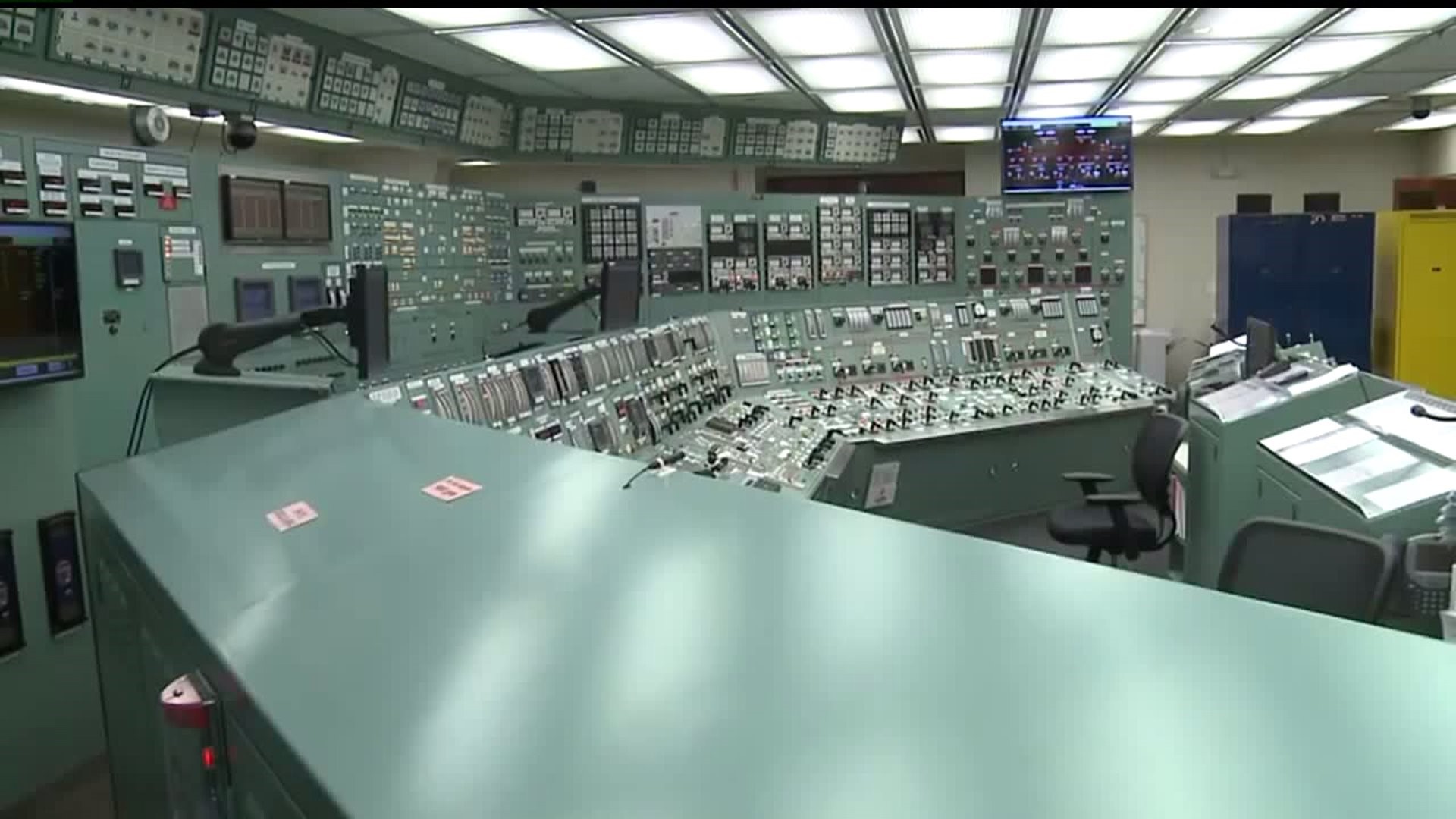 LONDONDERRY TOWNSHIP, DAUPHIN COUNTY, Pa. -- The day after it was announced the Three Mile Island nuclear power plant would shut down in 2019, employees and government officials are wondering about the job prospects.

Tuesday's announcement came as a harsh reality for many in the area after years of a rumored closure. Wednesday, some people are looking forward.

IBEW Local 777 union chairman Nate Grove said "I'm optimistic. I don't really have any other option not to be, you deal with things as life goes on, and take things day by day."

The Three Mile Island nuclear power plant not only General electricity, but for nearly 700 people, it provides a steady paycheck.

With TMI set to close in 2019, the possibility of being out of a job may have many workers wondering what the future holds for them.

"Yesterday was a pretty solemn day. Today, I think we're more resolved. We're going to do whatever we have to, to try to help educate the public, and understand what TMI means both to the community and the electrical grid," Grove said.

Exelon Generation hasn't been able to sell the plant's electricity that it generates at TMI, which is one of the reasons leading to its closure.

"We haven't cleared the capacity auction for the last two years. This is the third year now in a row, so we've kind of been on the doorstep, having the writing on the wall for a while," Grove said.

Hartwick hopes state leaders will step in, but barring a bailout from the state, nearly 700 people could be looking for a new job when the power plant shuts down.

"As local government leaders, we are going to do everything in our authority to both lobby our house and senate representatives, and to try to work towards a solution to keep those jobs here in this county," Hartwick said.

"We have a dedicated workforce, skilled tradesman, whether it's protection technicians, operators, maintenance technicians, we have a skill set that should be transferable," Grove said.

Meanwhile, Exelon Generation plans to offer its employees a chance to transfer to one of the company's other facilities.

"My daughter's 10 years old. I don't have intentions of completely uprooting her out of her school, and everything else, but I live in York County. Peach Bottom is not far away. It's hard to say what the future holds," Grove said.

There's still a glimmer of hope for some at Three Mile Island.

"We are not giving up yet, and certainly not giving up on the people that have worked tirelessly, are raising families and take great pride in their job at that facility," Hartwick said.

"I'm feeling a lot better. It's great. It's a beautiful day out, the sun is shining on TMI, and hopefully it will for years to come," Grove said.

Hartwick mentioned Exelon Generation also pays Dauphin County a wage tax based on the value of its property. It's a tax agreement that expires this year, that also is in the process of being renegotiated.