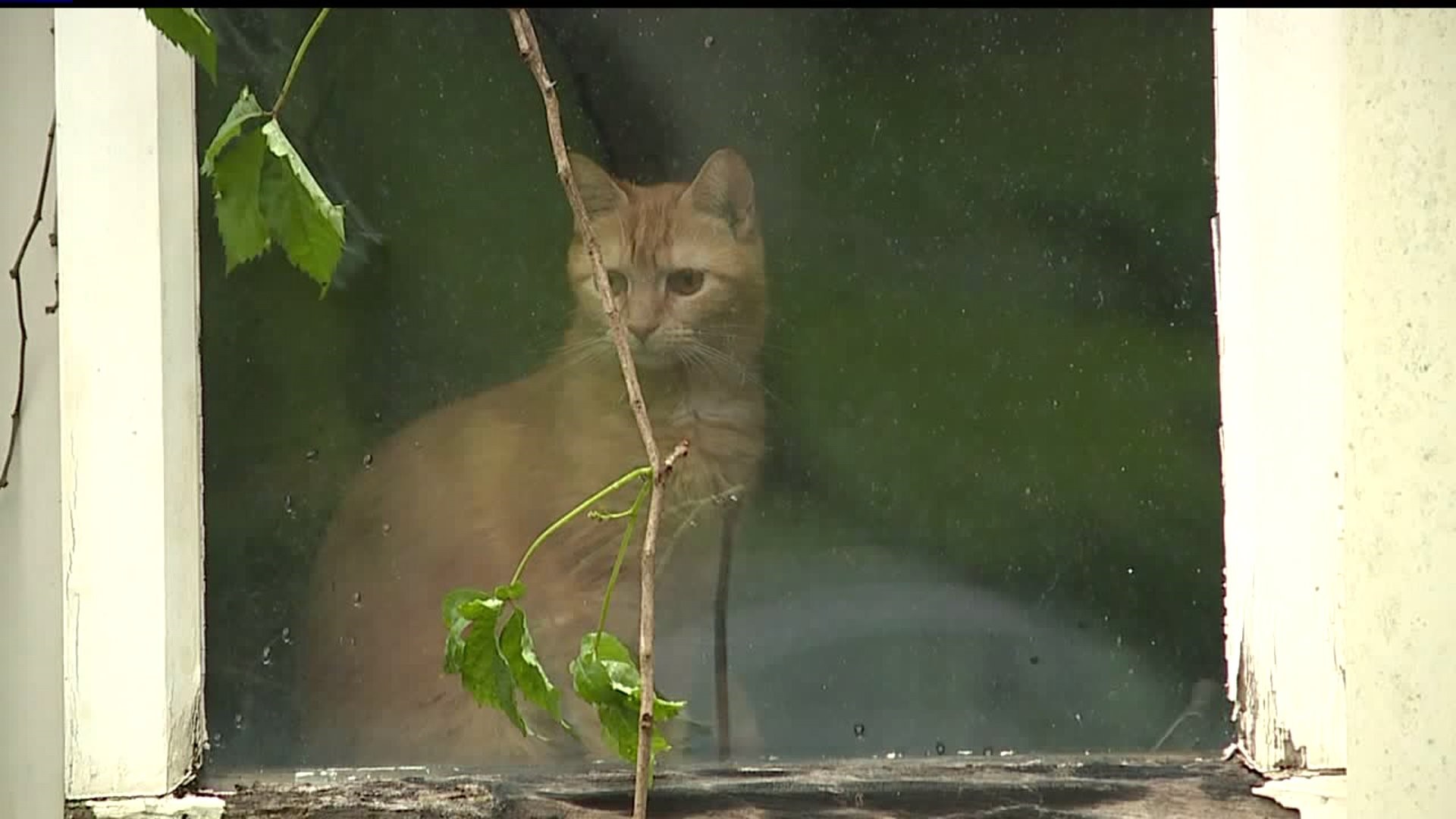 GLEN ROCK, YORK COUNTY, Pa. -- Dozens of cats are in need of new homes after a horrific hoarding situation in York County.

Glen Rock Borough ordering a man to leave his Glen Rock home where he and nearly 40 cats have lived for years.

The big question now: how can such a sad hoarding situation happen in the first place?

"In their heart, they try to do the right thing at first," said Amy Kessler, Humane Society Police Officer. "They think they are doing the right thing. Then, they become overwhelmed and lose control.”

Kessler offers her theory on the cat hoarding case she is investigating in Glen Rock, York County.

“It comes to the point where they feel like their is no way out, and they can’t do it anymore," she added.

Kessler tells us the property owner on Holly Lane willingly signed away his rights to the cats that lived here; that's nearly 40 total, 7 of which are now being treated and tested for diseases at Animal Rescue, Inc.

Staelens says this king of thing is very preventable.

"If [he] you could spay and neuter your animals, that would have not happened," he said. "They maybe start with a couple of cats, don’t get them spayed or neutered, kind of mentality-type thing. Next thing you know, they have kittens, and those kittens have kittens, and cats can multiply at a horrendous rate.”

Staelens says shelters tend to pick up the pieces, taking in the animals, but at a significant cost.

"Our pets are our family, and to see the pets suffering in a poor situation like that is very discouraging, very disheartening," he said.

Humane Society Police Officers tell us they still have to look for more cats inside the home.

Once that number is tallied, they say any criminal proceedings can move forward.

For more information on spay/neuter programs in the area, click here.