MOUNT JOY, P.A. — 30 midshipmen from the Naval Academy in Annapolis, Maryland took their one day off after exams to help sort and pack items at the GAiN L... 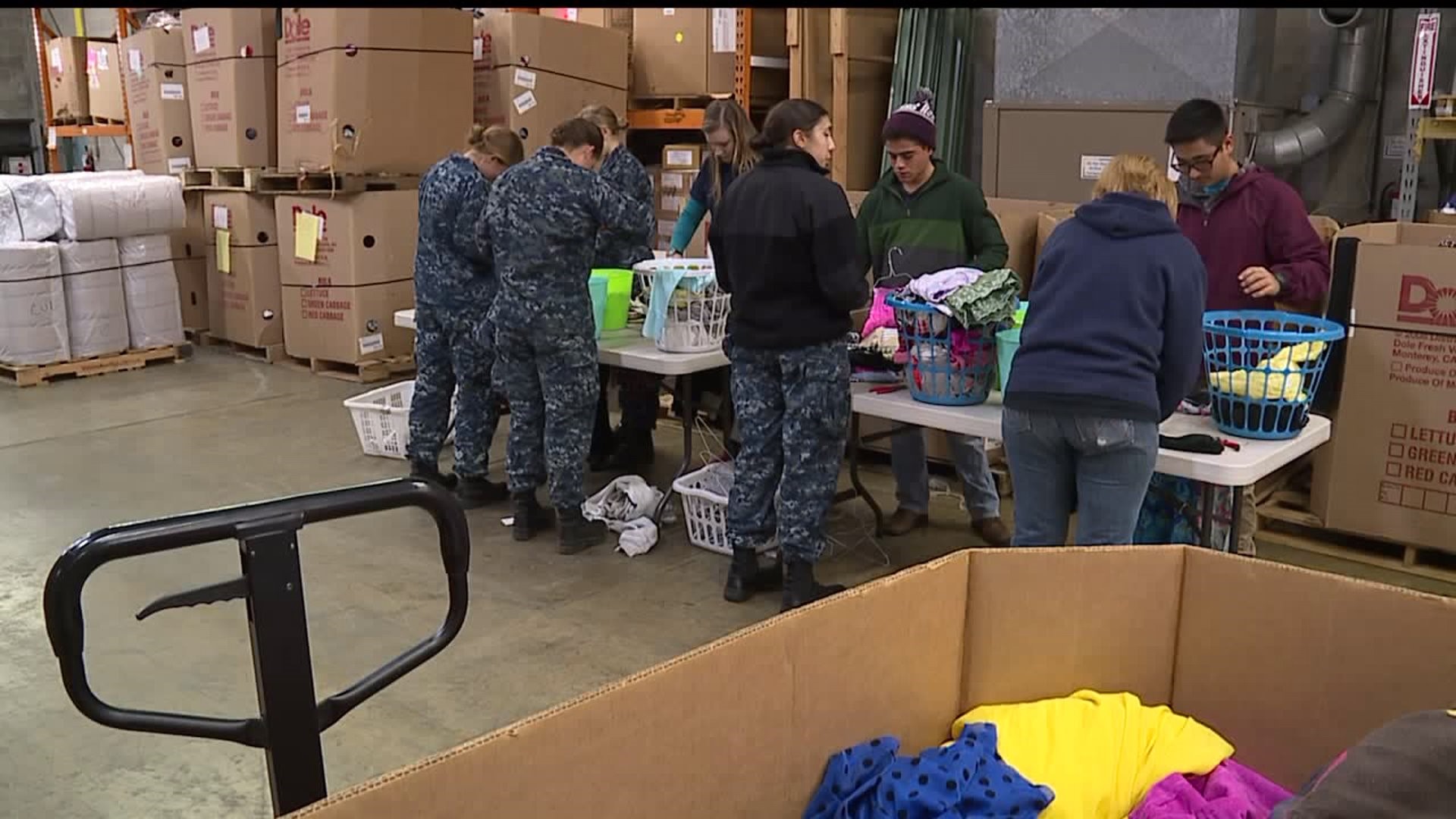 MOUNT JOY, P.A. -- 30 midshipmen from the Naval Academy in Annapolis, Maryland took their one day off after exams to help sort and pack items at the GAiN Logistics Center that will be donated around the world.

Aaron Howell, midshipmen third class, said it gives his counterparts the chance to take time away from their usual setting.

"You could just go to downtown Annapolis, we call it 'DTA', kind of go hang out or you could make a difference. I think that's what we all came here for," said Howell.

Everything from shoes, clothes and wheelchairs will find new owners in one of thirty-two countries around the world, including refugees in war-torn Iraq to residents of Hurricane Maria-ravaged Puerto Rico.

Al Goff, GAiN CEO and President, said this is the third consecutive year they've had midshipmen come to town.

He says it's one of his favorite days of the year.

"For me, as a Navy vet, this is a really big deal to see the next generations of leaders of the United States armed forces giving their time to help the poor," said Goff.

Meaghan Allen, midshipmen fourth class, said it's a hundred mile trip to give back.

"In this country, we have so much and even at our lowest, we still have a lot more than others countries and I think it's important just to recognize that and help out," said Allen.

Goff said the volunteers at GAiN appreciate the fact that on their one day to relax, the midshipmen decided to lend a hand, instead.

"They're being trained as warriors and being trained at this...But it shows the humanity of these people to get involved and really demonstrate that love and care to the poorest people of Earth," said Goff.

The packs loaded Friday morning will be scheduled and ready to go wherever they are needed in the world in the next three to six months.

For more information on GAiN, visit the link here.