YORK, Pa. — Recent crackdowns by ICE has had some immigrant communities on edge, for fear of the undocumented being deported. Several people in York Count... 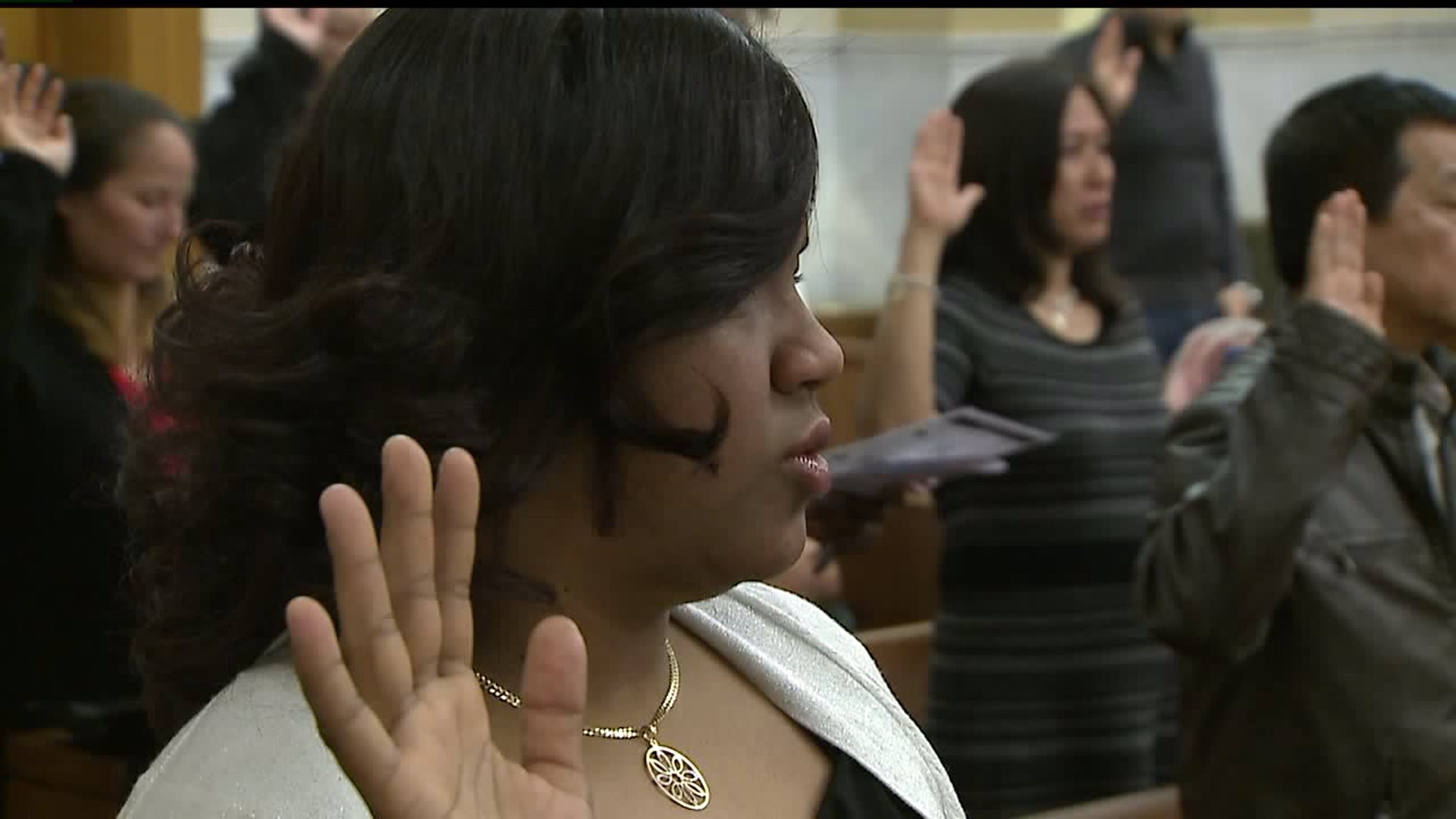 YORK, Pa. -- Recent crackdowns by ICE has had some immigrant communities on edge, for fear of the undocumented being deported.

A pledge of allegiance to the United States of America by some of it's newest citizens.

Lisa Filk from Trinidad said "it's the most happiest day of my life. I'm a citizen of the United States, finally after 30-something years of being here."

Ydelqur Tejaba from the Dominican Republic said "I'm so excited to be a part of a big country. It's a great country, and and I'm looking for a better job."

Asha patel from India said "a really big day, because we've been waiting for long. My dad and my parents really struggled to get here, so for me it's not that much as a big deal, as theirs."

Nearly two dozen people from 12 different countries make the transition from immigrant to American citizen at a naturalization ceremony at the York County Administration Center.

York County Judge Kathleen Prendergast said "we hear so much about illegal immigrants, we don't really pay, I think enough recognition to the people who follow the law, and go through the process to make the sacrifices, and put in the hard work so they can stay here legally."

Many of the newly sworn in American citizens had no bad feelings for those who haven't taken the same oath.

A few others expressed concern for the administration's current immigration policies.

"We have relatives who are going through a struggle because of immigration and we feel that we're blessed to be a citizen now, the situation is changing," Patel said.

Many now see their possibilities as new Americans, as endless.

"My father came over, his ancestors came over during the potato famine in Ireland, and worked on the railroads in West Virginia. If they wouldn't have done that then, I wouldn't have the opportunities that I have today," Prendergast said.