FRANKLIN COUNTY —  A possible tornado on Friday night left a trail of damage in St. Thomas Township. The storm closed down major roadways like Route 30 We... 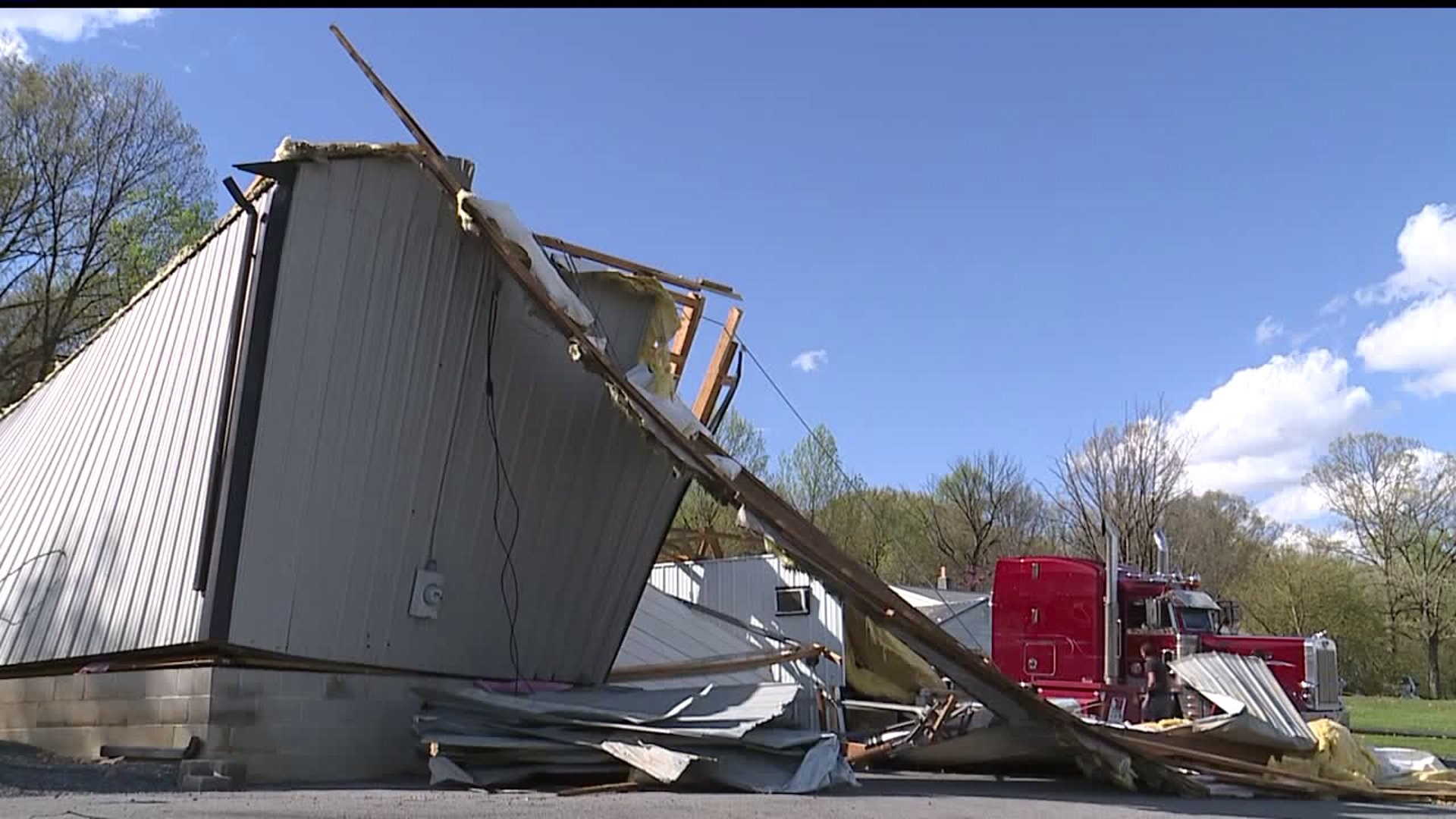 The storm closed down major roadways like Route 30 West for twenty four hours and ripped apart nearby homes and businesses.

On Saturday, The National Weather Service went out to begin assessment of the damage.

“We are very lucky it could have been a lot worse a lot worse," said Connie Shives.

Connie Shives says she is counting her blessings after what may have been a tornado pushed its way down her street on Apple Way Road just missing her house.

“There was a little louder noise that kinda told us go to the basement," said Shives.

About 100 feet from Shives home strong winds tore a building she uses for storage leaving nothing but insulation and pieces of metal behind.

“I’m just glad that nobody was hurt," said Shives.

Her neighbor, Shane Long, was working on a truck inside of that shed when the power went out.

He says a call from his wife to head home … saved his life.

“It’s kind of surreal to think about especially when it’s daylight to see everything and think about how lucky I was," said Shane Long.

For Amy and Chad Andrews who run an orchard down the road, the damage is hard to swallow.

They tell FOX43 dozens of trees were damaged along with the shed on the property.

“Many of them were getting sheared cut knocked over," said Amy and Chad Andrews, Andrews Orchards.

Officials with The National Weather Service is still trying to figure out if a tornado did in fact come through.

They had drones out on Saturday trying to survey the damage.

If they need to come out again, it would likely be next week.