HARRISBURG, Pa. —  Hundreds of people protested as members of the National Socialist movement rallied in Harrisburg. They spoke at the Pennsylvania capito... 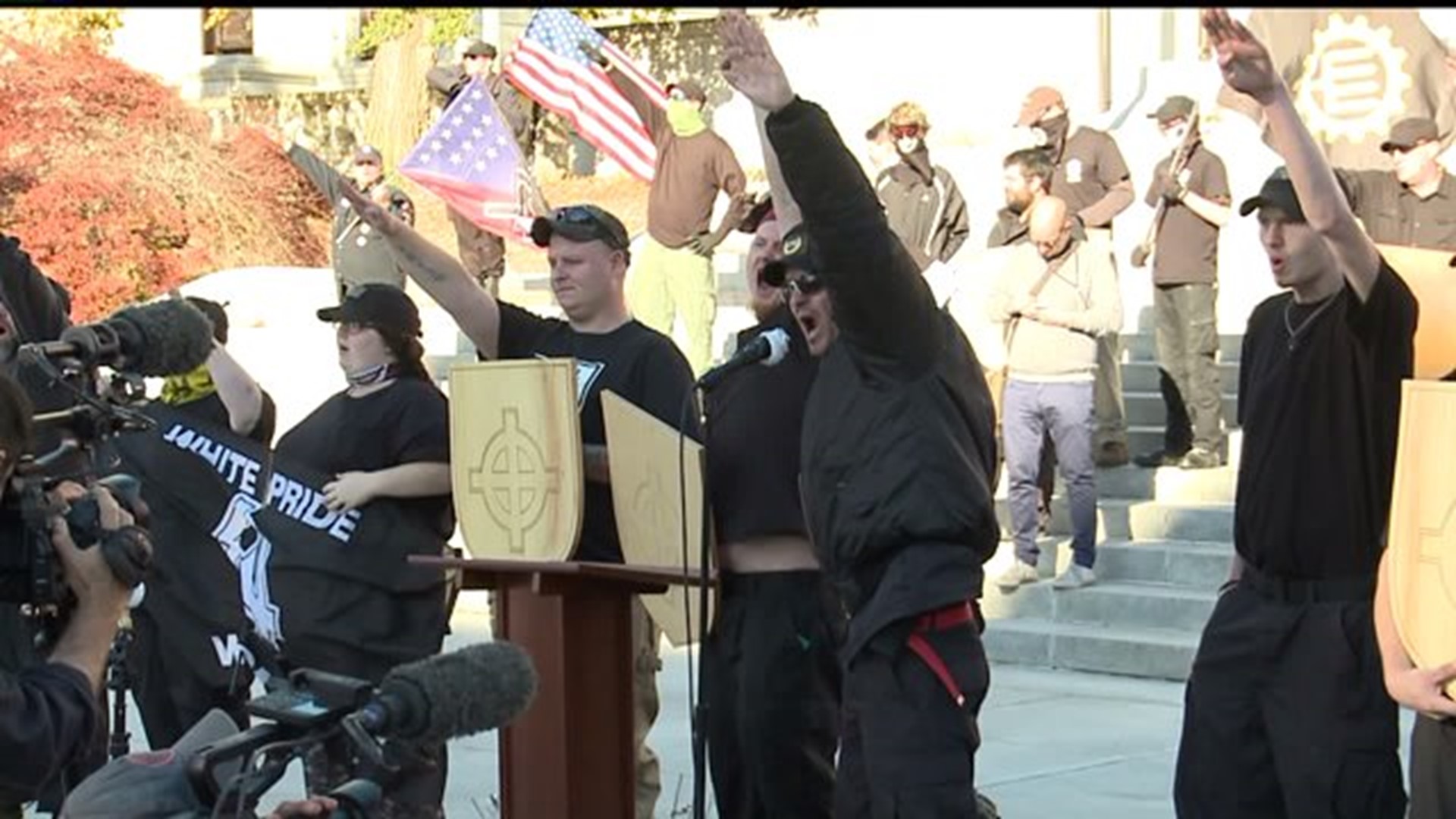 HARRISBURG, Pa. --  Hundreds of people protested as members of the National Socialist movement rallied in Harrisburg.

They spoke at the Pennsylvania capitol Saturday in support of white supremacy and in opposition to illegal immigration. The organization is one of the most prominent Neo-Nazi groups in the country.

Jeff Schoep, the commander of the National Socialist Movement, said, "We want to stem the tide of illegal immigration. We want to get people politically active and politically astute. Get them out there. And obviously grow our organization."

More than 100 police officers stood between the protestors and the speakers. Protestors threw oranges, soda cans and eggs at the officers. One person was arrested.

But both sides of the barrier argue it's their First Amendment right to express their beliefs.

But one demonstrator said it's also their First Amendment right to protest.

Khaldun Rasheed, from Harrisburg, said, "There's a right and a wrong way of expressing your opinions. So they just came here to incite us. And this is the response they're going to get. That they're not welcome here."

But local civic and faith groups gave the community another, more peaceful, option at the same time as the rally. They hosted their own rally at Harrisburg High School called "Speak Up for Unity" to celebrate equality and non-violence.

Ann Van Dyke, with Community Responders Network, said, "To draw people away, and so that the only voice in town that day is not a negative one."

People came out to celebrate the diversity of the community and provide what they say is a better example for the youth.

"It's so important to affirm equality and nonviolence and to never be silent when hate is being spoken," Van Dyke said.

Schoep said the group is not telling people who to specifically vote for in the upcoming presidential election or endorsing a particular candidate.