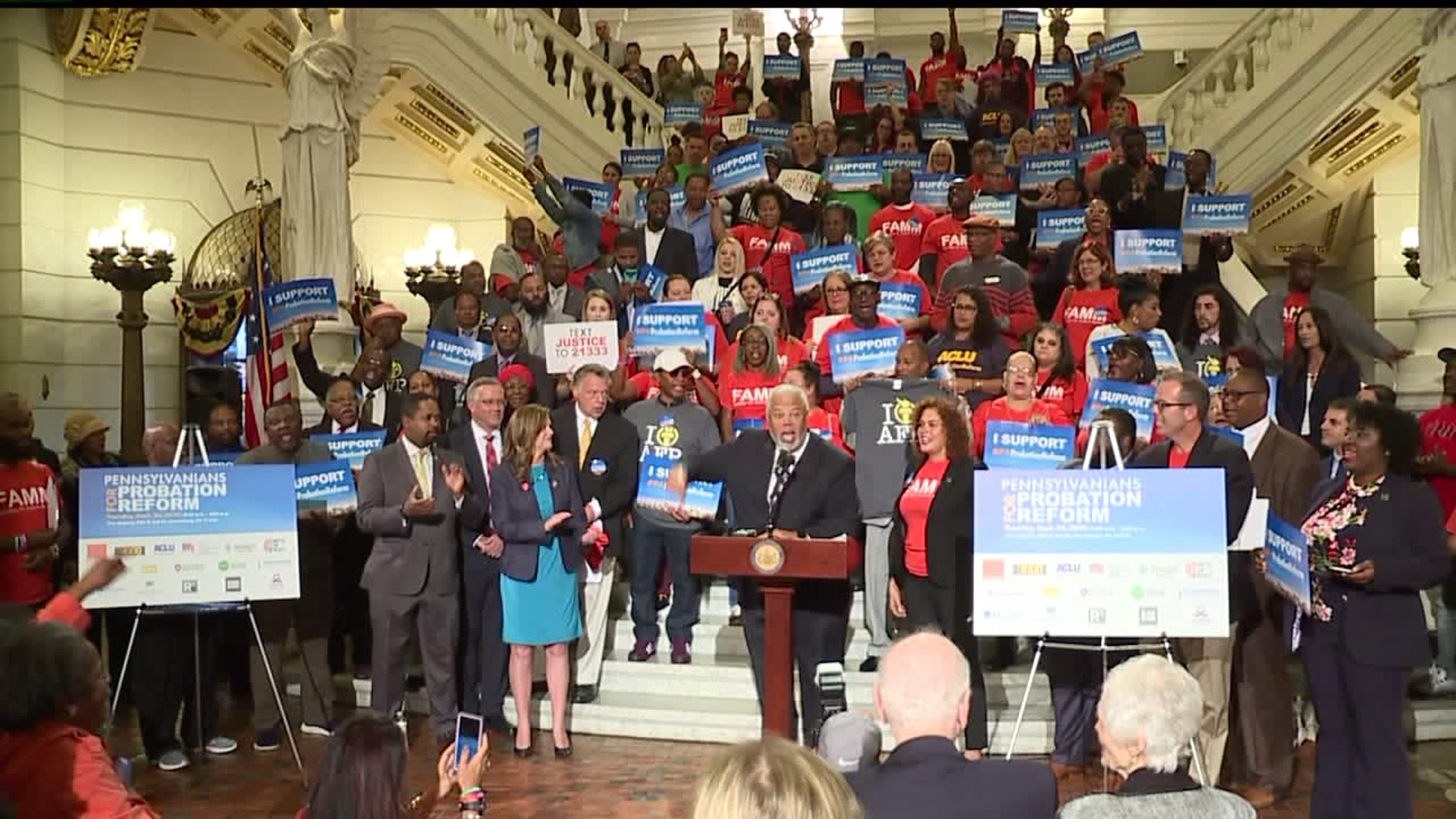 Multiple people rallied in Harrisburg Tuesday to call for probation reform across the state and the nation.

The group is fighting to pass legislation including House bill 1555 and Senate bill 14 in Pennsylvania.

"I'm all for throwing the book at really bad criminals but that's not what we're really talking about here," said Rep. Mike Jones (R) York, who added there is bipartisan support for the issue.

Many credited the national criminal justice reform bill called the 'First Step Act,' which was signed by President Trump, for getting the ball rolling.

"You know, Obama got it started. Trump got the bill done," said Van Jones. "As a result you have both political parties working on the same issue."

"They just set us up for failure. That's all they're doing," said Gass.

Read more of her story here.

"I thought I was in a huge battle alone. But now, here I see how many people are in this fight with me," said Gass. She added "I will not let them decide whether they take me out of this world or not. If I go out of this world, it's going to be on God's will."

Many demonstrators said they want to stop what they call the revolving door that keeps people in the system and ties up taxpayer money.

"We're talking, to be clear here, about folks who have served their time and demonstrated good behavior but in some cases get sucked up on technical violations on parole," said Rep. Mike Jones.