Mother reunites with daughter she had not seen since birth

LOWER SWATARA TWP., Pa. – A Juniata County woman had a reunion this afternoon that she has waited 62 years to have. Goldie Waltman gave birth to Patricia ... 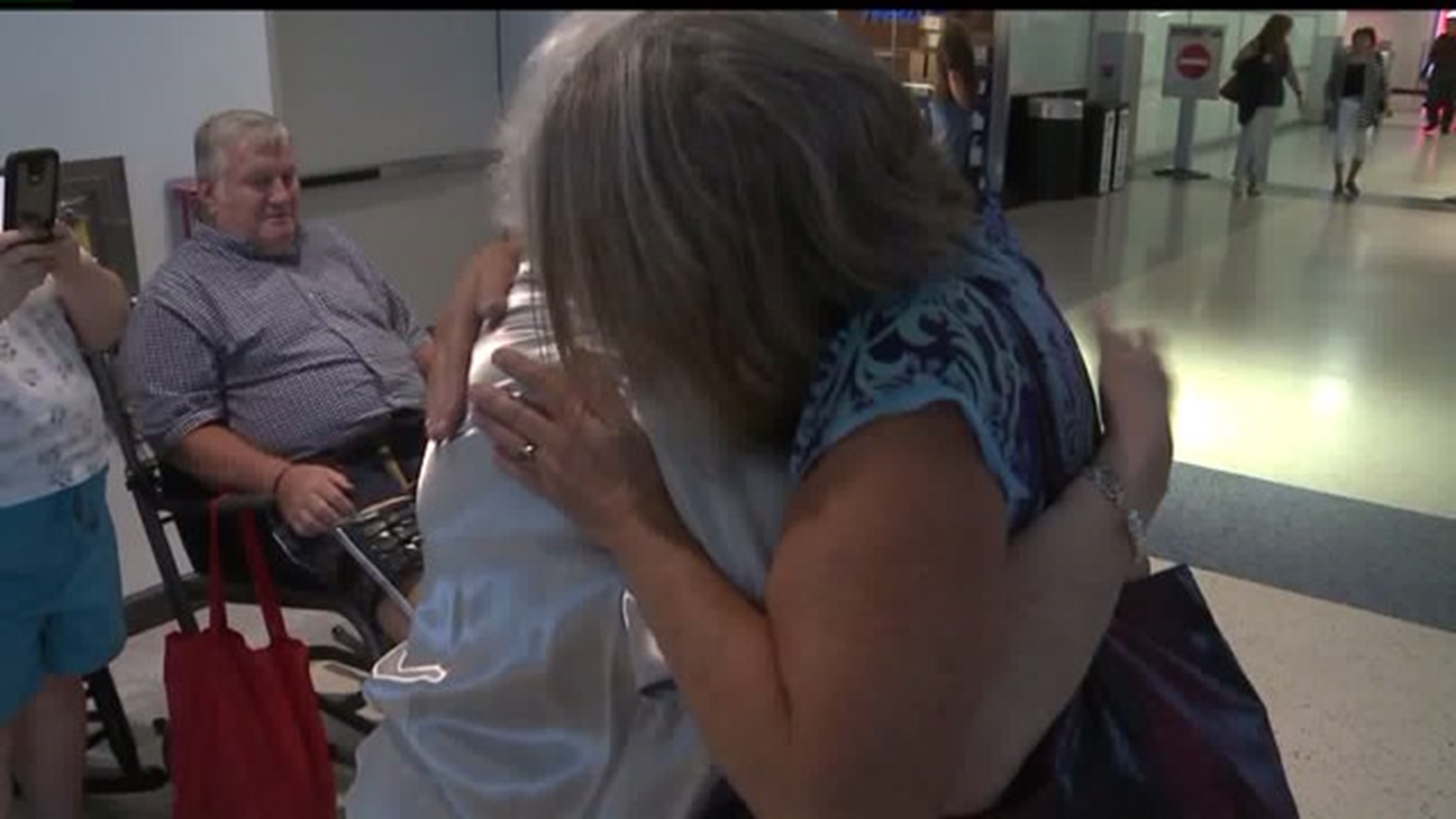 LOWER SWATARA TWP., Pa. - A Juniata County woman had a reunion this afternoon that she has waited 62 years to have.

Goldie Waltman gave birth to Patricia Lorenz in 1954, and left her in the care of a couple she was staying with. On Thursday, mother and daughter saw each other for the first time since then.

“I gave her up, and it was the hardest thing I ever did in my life,” Waltman said.

Waltman was single, unemployed and pregnant in 1954 when she gave birth to Patricia. She says she thought of her daughter and prayed for her every day since she left her with that couple she was staying with 62 years ago. Now 85 years old, she has an addition to her family she never thought she'd see again.

“I'm meeting my mom for the first time,” Lorenz said after flying in from Alabama, where she resides now with her husband.

It remained a secret to Goldie’s five other children until a doctor's appointment five years ago.

Since then, the search had turned up empty until 2 weeks ago, when decades of searching finally reconnected mother and daughter.

“We started to search for her, but unfortunately we were using the wrong name, wrong state, and we just didn't get anywhere,” Taylor said.

Through messages on ancestry.com and a phone call, Waltman and Lorenz finally re-connected.

“I called her that same day and we talked, and been talking since,” Lorenz said.

Goldie's children then flew Patricia up here to meet the family. She will meet the rest of the family throughout the weekend.

“I finally got to see her,” Waltman said. “The Lord's been good. I didn't think this would ever happen.”

“I don't know how to explain it,” Lorenz said. “I've been excited about coming to meet her and see her for so long, and it's like a reality come true.”