Mosquitoes with West Nile Virus popping up across PA

HARRISBURG, P.A. — Christopher Hooper, the resource program supervisor with the Dauphin County Conservation District, says this is the time of year West N... 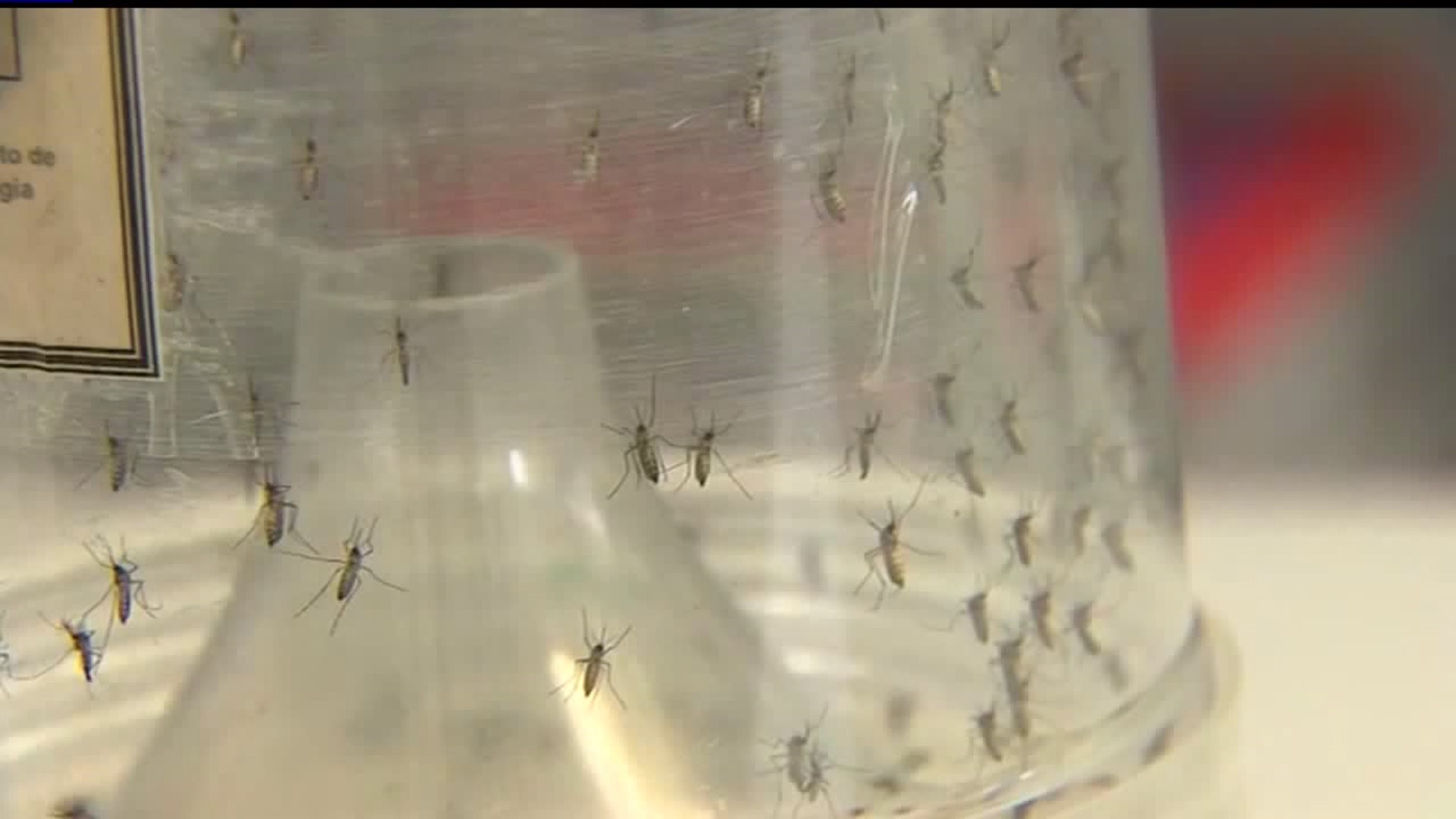 HARRISBURG, P.A. --- Christopher Hooper, the resource program supervisor with the Dauphin County Conservation District, says this is the time of year West Nile Virus cases start to "pop up."

He said as it gets wetter across the commonwealth, it's providing better homes for mosquitoes.

A total of five mosquitoes have tested positive for West Nile Virus in Dauphin County after being tested from traps in higher population areas.

Hooper said they'll monitor areas where positive tests are coming from, including efforts to eliminate adult mosquitoes as well as stopping the biters before they hatch.

33 counties in Pennsylvania have confirmed cases in mosquitoes.

Counties in central Pennsylvania include York (12), Lancaster (3), and Lebanon (3).

However, there are no confirmed cases of West Nile Virus in people, statewide.

Dr. John Goldman, infectious disease specialist with UPMC-Pinnacle, said finding a positive case in a person can be hard to find.

"Most people who've had [West Nile Virus] aren't aware of it. Once you've had it, you're immune. You can't get it again," said Dr. Goldman.

He believes most people have become immune to West Nile Virus, slowing the spread of the illness.

In 2003, Pennsylvania had 236 people test positive for West Nile Virus.

Wear clothes that cover up to the ankles and wrists and put on repellant that contains DEET.

Also, he said make sure to clean up trash and dump any items that collect standing water.

He said the positive cases should call for awareness, not anxiety.

"It's still a rare disease to catch and I wouldn't let it ruin your summer," said Dr. Goldman.

Symptoms of West Nile Virus are similar to the flu and can only be treated with supportive care, not medication.

Dr. Goldman said five percent of cases can attack the brain and cause severe complications.

People with the highest risk of problems are children younger than five and adults older than 65.