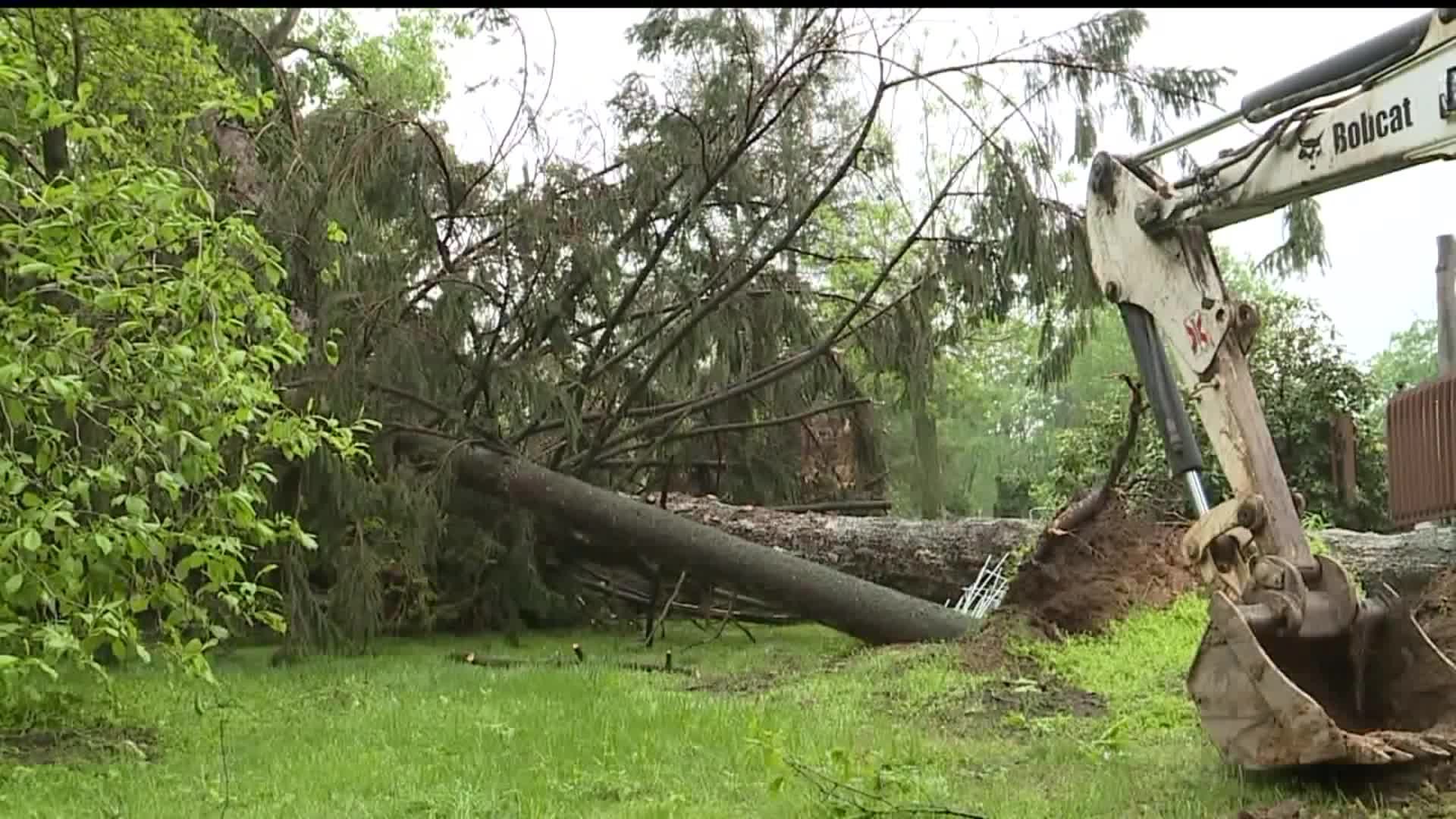 Officials surveyed parts of the area, looking for signs of a tornado.

The National Weather Service told one homeowner a tornado did not cause the damage.

Strong winds did however knock not one but more than 30 trees down on his property!

'Just swoosh' - that’s how Tate describes Tuesday’s severe weather. "All you could hear is the wind and the hail. You couldn’t hear these trees falling down," he explained.

When Tate looked outside his Cumberland County home, he saw the trees coming down - more than 30, collapsing on his property.

More than 30 trees fell around the perimeter of Tate’s property, but luckily for him, none fell on his home.

The National Weather Service Says strong winds, between 85 and 95 miles per hour, are to blame for the devastation on Tate’s property.

In other parts of Cumberland and Perry Counties, straight-line winds wreaked havoc, winds ripping this barn’s roof right off in Spring Township.

Besides strong gusts, an arborist from Good's Tree and Lawn Care says highly saturated ground and minimal rooting can cause trees to topple.

"Urban areas where we have trees between streets and sidewalks, they can’t have roots spread out in all directions which can contribute to tree failure," said Jon Schach, an arborist specialist.

That exact thing happened on Second Street In Harrisburg.

Cleanup could take crews some time.

Tate says he has no clue how long it’ll take him. There is a silver living for Tate though.

"We’ll have a lot of firewood, and we’ll make boards," he said.

One tree did rip up Tate’s sewage line, and he says he'll have to spend some money to repair that.