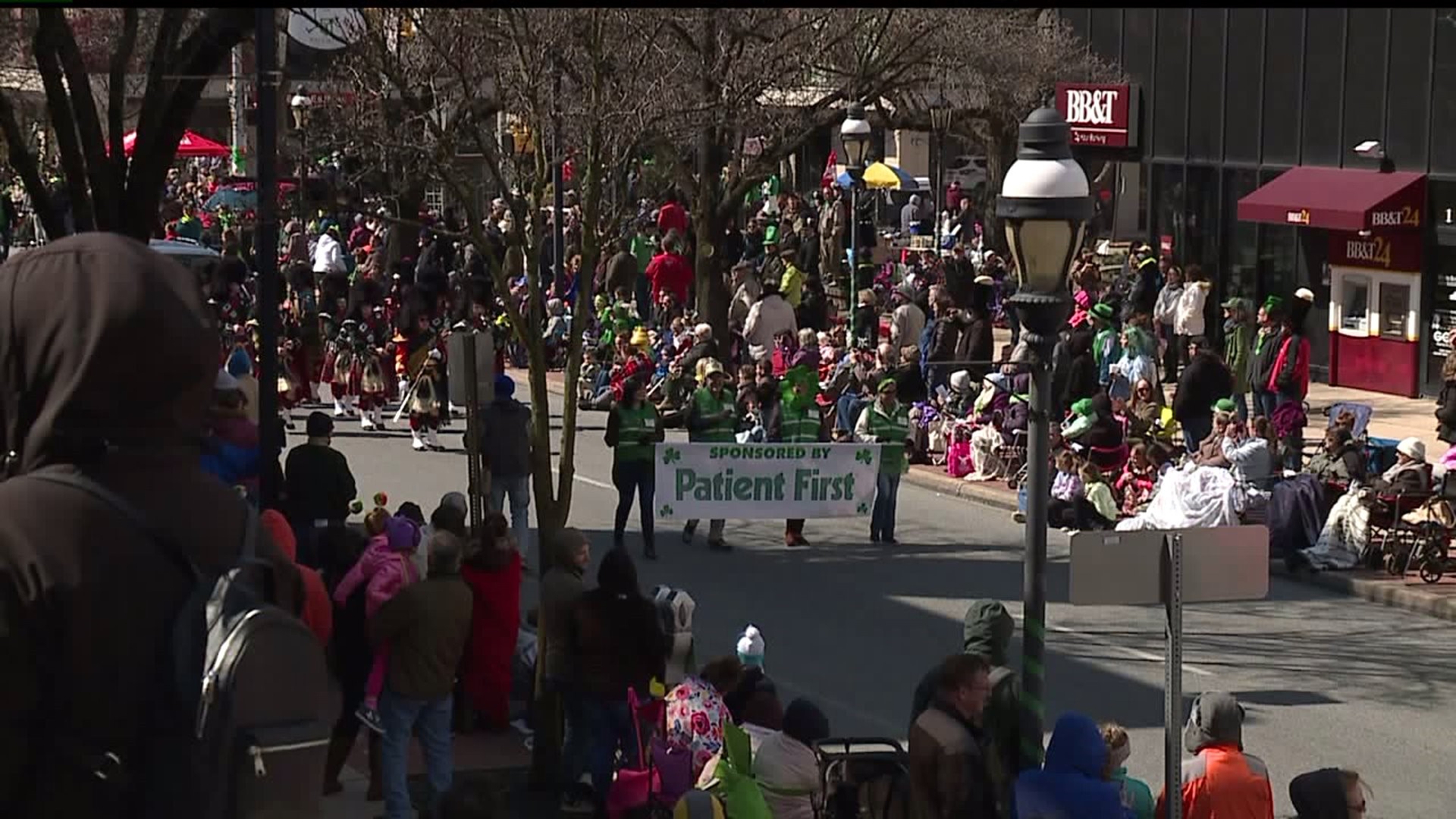 FOX 43 was the proud media sponsor of the parade. Members of the FOX 43 news team rode along and waved to folks from corvettes provided by the York County Corvette Club. There were more than 90 entries.

FOX 43's Samantha Galvez was this year's Mistress of Ceremonies. It takes more than 100 volunteers to plan the parade and help set it up. As for those who attended, they love the annual tradition.

"We have people in our core from high school age all the way through as old as you want to be, you can march with us," Kristen Gould said. "It's just great to come out today and have lots of community and fellowship with our friend. So we have a good time."

Next year's parade is scheduled for March 14th on Saint Patrick's Day.

This year's Grand Marshals are Rodney, Mary and Jay Yeaple.

Please note: Our panel of judges is comprised of parade sponsors and not parade committee members.

The parade draws an estimated 10,000 people downtown each year and is a huge boost for downtown merchants.

The parade is organized by the York Saint Patrick's Day Parade Committee, Inc., an all-volunteer, not-for-profit organization. This is the 21st year the group has organized the parade, which has grown dramatically since the City of York relinquished responsibility of the event in January 1999.

The parade is funded by corporate sponsors, entry fees, and a variety of fundraising activities planned throughout the year.