LANCASTER COUNTY — Brownstown elementary is the second Conestoga Valley school in just the last week to delay their start date because of mold. Officials ... 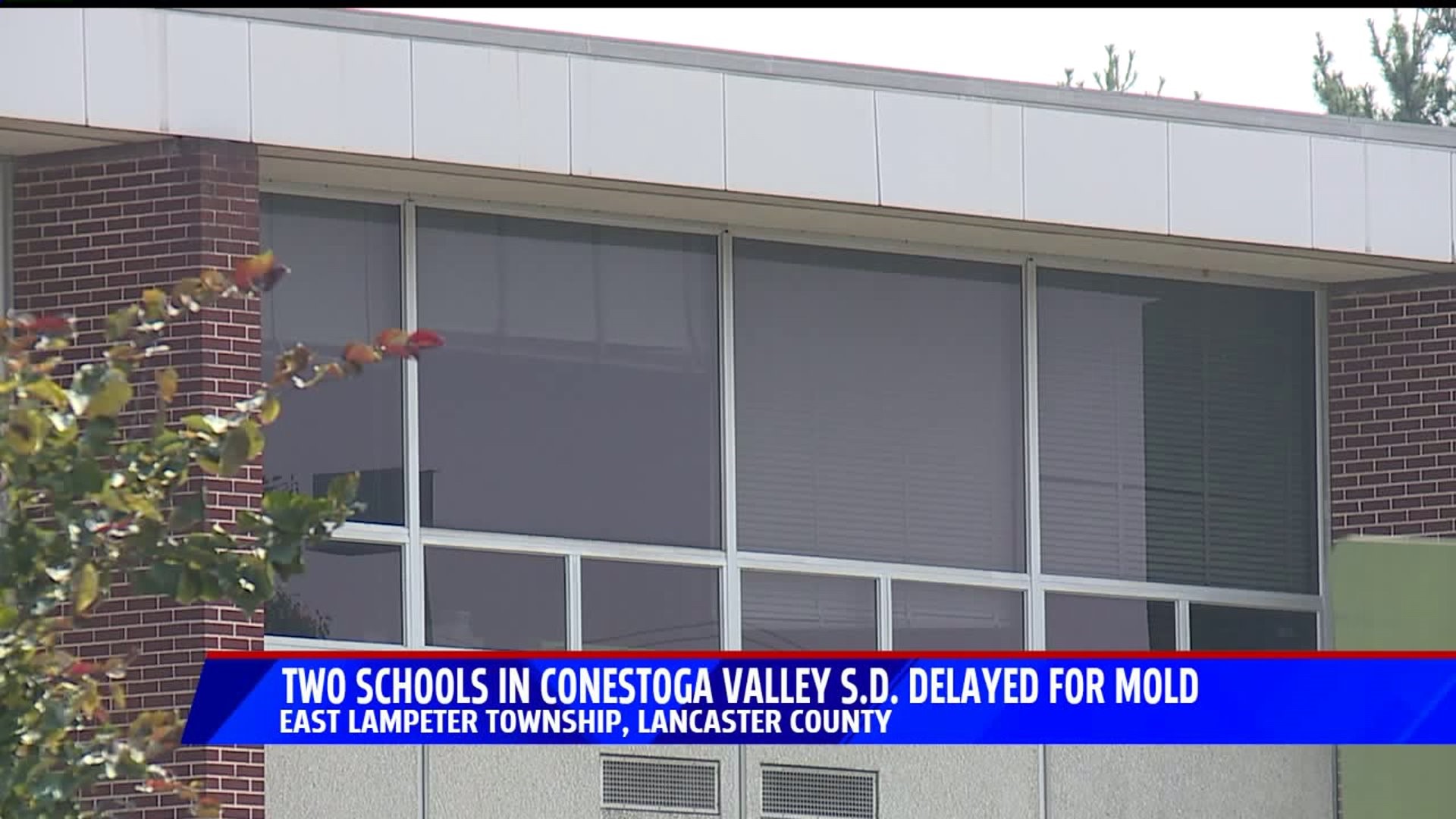 LANCASTER COUNTY -- Brownstown elementary is the second Conestoga Valley school in just the last week to delay their start date because of mold. Officials say the mold was caused because of the summer’s extremely wet weather.

School officials say it was inside of the two buildings that they found mold in not just one room, but several areas causing them to have to delay the start of school from what was supposed to be this morning to Thursday morning.

Brownstown Elementary is the second school in the Conestoga Valley school district to discover mold in the building in the last week. The first was Smoketown Elementary in East Lampeter Township.

Smoketown was also scheduled to start classes today but will now welcome students back on Thursday morning instead.

However, school officials say once class is back in session there will still be some major changes because of the mold. Some rooms and hallways will be blocked off until September and a few fourth grade classes are even being moved from Smoketown all together.

In both cases school district officials say mold was found around the piping in classrooms and underneath several desks inside of the buildings. The districts believe the cause is related to the buildings HVAC systems that both struggled to keep up with the summer’s record setting humidity and rain.

The school officials also tell us these are the only two buildings in the Conestoga Valley school district that still use this type of HVAC system.

Clean-up inside both Smoketown and Browntown Elementary is expected to continue today. The first day of classes is now scheduled for this Thursday to give staff a few extra days to ensure the building is safe before welcoming students back.

The superintendent for CVSD will host a meeting tonight for Brownstown Elementary school parents in the Brownstown Middle School  auditorium starting at 6PM.