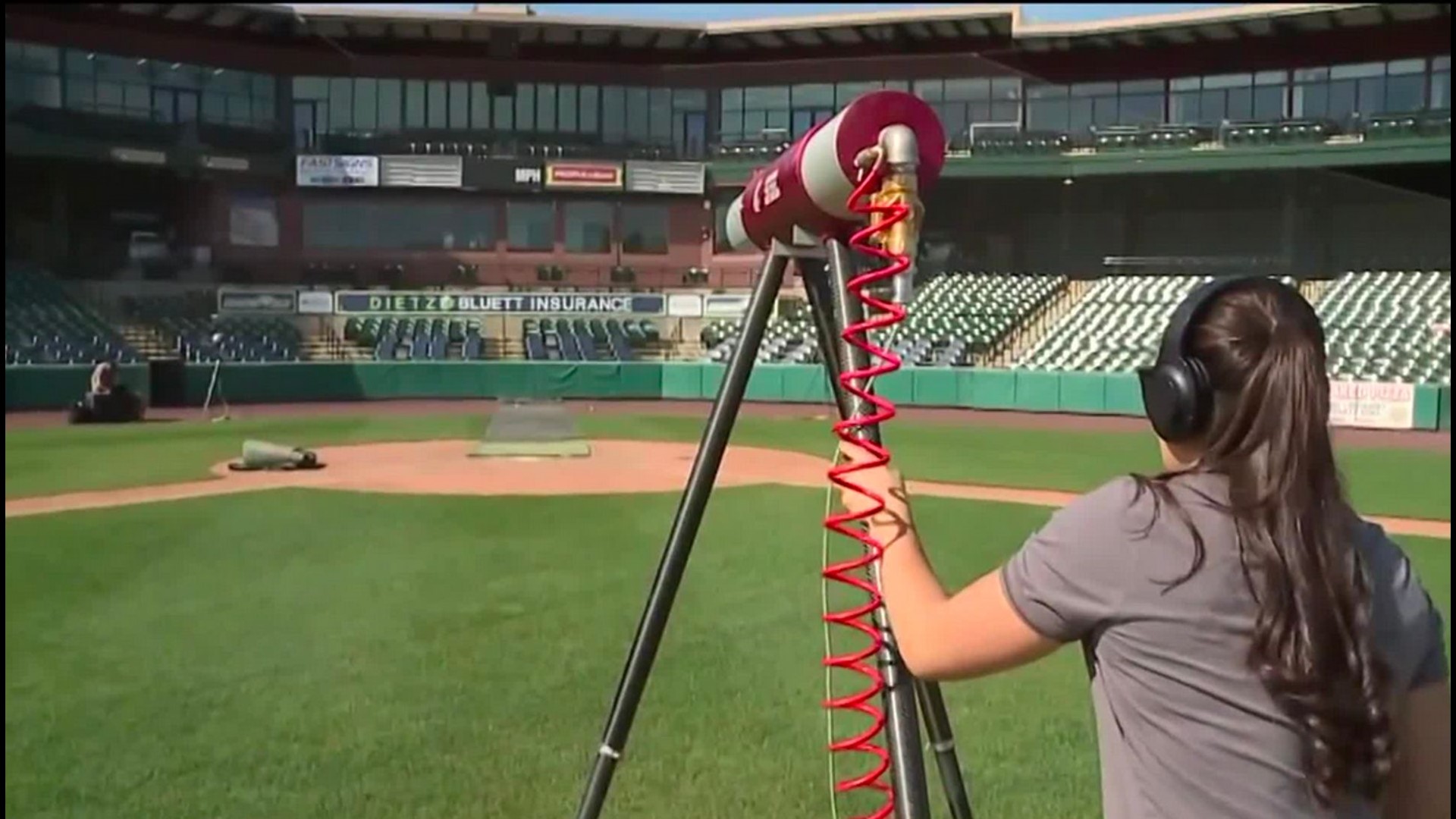 It's all part of a partnership between MLB and the Atlantic League.  There are some new rules and technology, including an electronic strike zone, which will be used this season. Testing on some of the equipment happened Tuesday.

Folks from MLB and engineers from Washington State University were there for only a few hours doing two things: the first, ground truth testing. And the second, calibrating the trackman panel.

For the mechanical engineers conducting research, a day on the diamond is still all fun and games. The cannon was pitching balls at 95 mph.

"This is exciting because we don't get to experiment very much in MLB," Clay Nunnally, a baseball scientist for MLB, said. "But having data come from sources like this, the parks and the Atlantic League, is truly exciting for baseball and all over the world."

They were verifying the accuracy and calibrating the trackman at all 8 Atlantic League Parks. It uses Doppler radar to do a number of things, like determine strikes vs. balls.

"It's going to give us that consistency in the strike zone," Doug Eppler, Director of Marketing & Communications of the York Revolution, said. "But also give us that data that says how often that pitcher throws that type of pitch, what kind of velocity he's getting, what kind of rotation or movement he puts on that ball. It helps you prep a little more as your standing in the box ready to face that pitcher."

And it minimizes the opportunity for a batter to argue with an umpire.

"If you're watching tv, that little box at the bottom of it that's telling you where the pitch is in," Brittany Brooks, a mechanical engineer working for Washington State University, said. "That's what we're making sure is correct."

"It sends all that data off to MLB everyday so Atlantic League pitchers now are getting tons and tons of data on their performance on the mound at our ball parks put in front of the clubs that might be picking them up some day," Eppler said.

A game changer for America's pastime.

The folks at the Rev's have made it very clear, the umpire is still in charge of the games. In fact, he might realize something Trackman wouldn't pick up. They said this technology is just another tool.