A mobile health clinic in Harrisburg  is relocating, partly because of safety concerns. Mission of Mercy is a faith-based mobile clinic that has a team of volun... 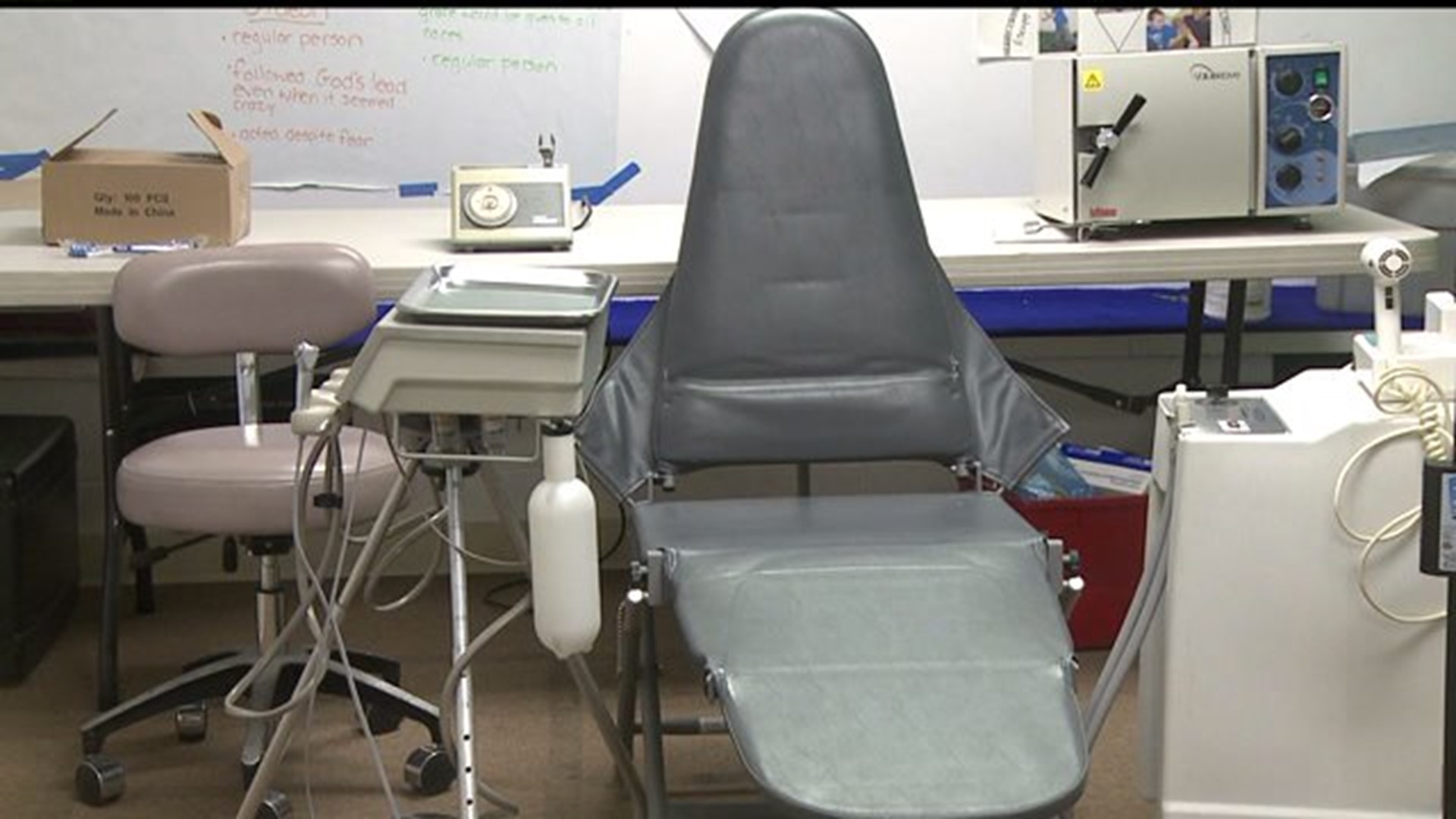 A mobile health clinic in Harrisburg  is relocating, partly because of safety concerns.

Mission of Mercy is a faith-based mobile clinic that has a team of volunteers who provide medical, dental, and pharmaceutical services to people who can't afford it. Mission of Mercy moved from another location in Allison Hill because of recent shootings in the area.

"We want to make sure that our volunteers and staff are in a safe environment," Mission of Mercy Executive Director Jennifer Charlton said.

It will now be set up at the Brethren in Christ Church on Derry Street two Thursdays a month.  All clinic days are held from 9 a.m. to 4 p.m. The new site has more space, so the organization can expand at a crucial time when more people are in need of healthcare, partly because of the Affordable Healthcare Act.

"A lot of people have insurance but they can't even afford their deductibles,"  Pharmacist and Foundress Jianna Sullivan said.

The organization has served the greater Harrisburg region since 2002-- providing nearly 18,000 medical and dental patient visits to residents of Harrisburg and Dauphin County.

"We started with six volunteers and we just took that risk and we decided that we would purchase an RV, renovate  it and we just go out there. We started getting all of these volunteers that would actually drive a couple hours to come or fly in from New York," Sullivan said.  The program runs on donations instead of government funding.

"We believe if you want to restore dignity, how do you do that if you have to prove someone's poverty?" Sullivan said.

United Concordia presented a $4,000 check to the clinic to expand their dental services. Mission of Mercy is launching a 2015 “Campaign for Care – Uniting to Heal” to increase awareness of their life-saving services and to raise needed operating funds. The campaign will kick off on March 19 and continue throughout the summer.