YORK, Pa. — A 66-year-old woman transforms a vacant property in the City of York in an effort to lift spirits and give back to the community. About three ... 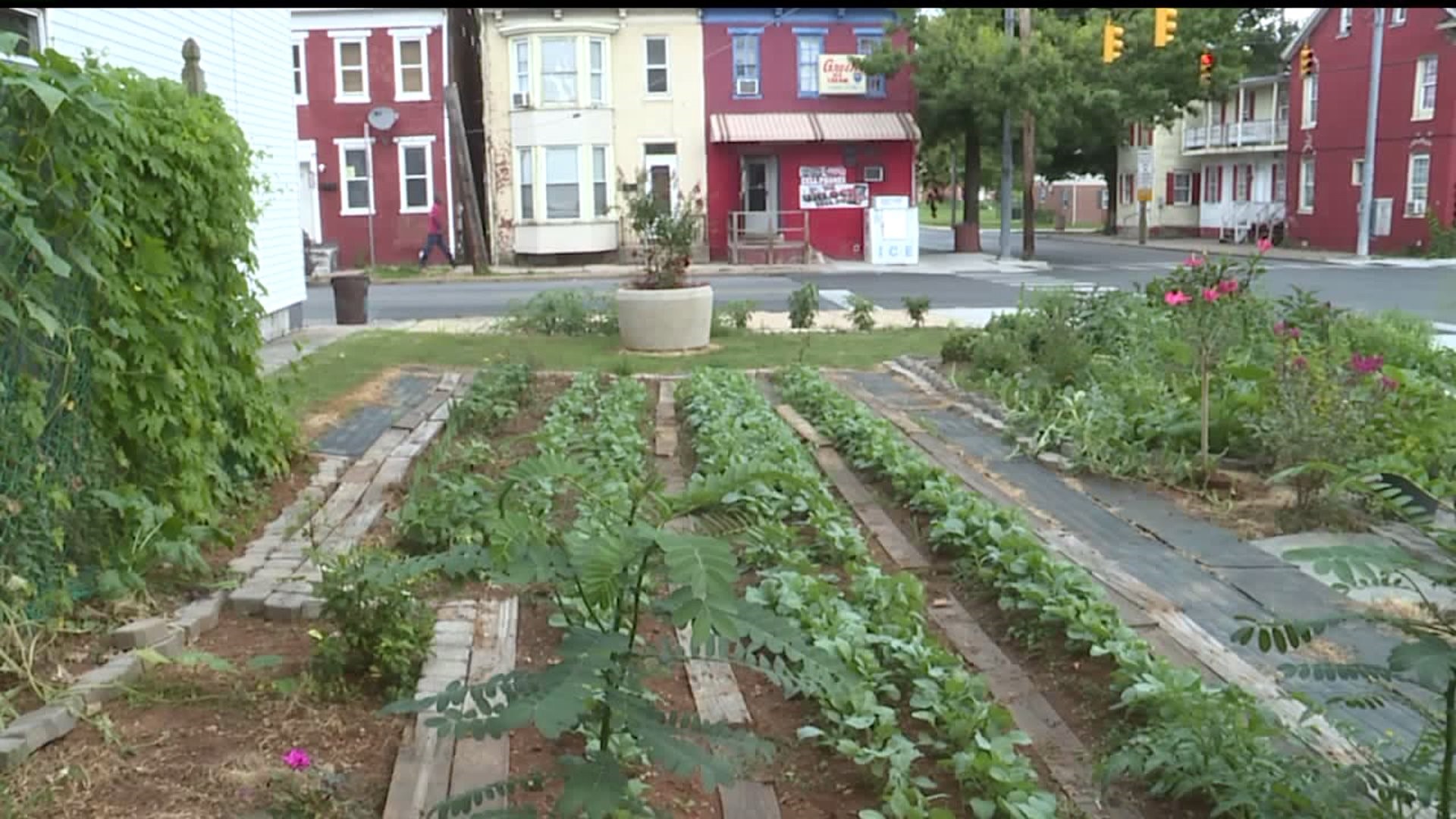 YORK, Pa. -- A 66-year-old woman transforms a vacant property in the City of York in an effort to lift spirits and give back to the community.

About three months ago, Yoko Enomoto, known by neighbors as 'Miss Yoko', decided she wanted to beautify a property on South Penn Street. There had just been a shooting there, and a child was shot. Miss Yoko says violence is not her city or the people who live there. She wanted to give them a physical reminder each day of how beautiful York can be so she created a giant community garden with the help of some neighbors.

The vacant property on the corner of College Avenue and South Penn Street is transformed into a garden of love and a beacon of hope for the community.

"I just want to share the beauty of flowers and vegetables and give the people a piece of happiness," said Miss Yoko.

She says she loves her neighbors, and that's why she plants.

"A lot of people think this area is a pretty bad area, but that's not true. Very nice people live in the neighborhood, and I love this neighborhood," she said.

Her neighbors love her too.

She says nearly 50 people have helped her fix up the property. Still, neighbors credit Miss Yoko for all the work. She has spent thousands of dollars out of pocket buying materials and plants and hours tending to the garden.

Miss Yoko found and painted tires with bright colors, decorated and fixed a fence, planted all types of vegetables which she gives away to neighbors, and even created a sitting area for children - all to show how nice York can be.

"Used to be this area, there was so much trash, but I don't see much trash anymore," she said.

Like a ripple effect, she says the garden inspired neighbors living nearby to plant their own, inch by inch, changing the surface of the community. She said she wants the garden to embody love and peace and fittingly named it the "Friendship Neighborhood Garden."

Miss Yoko says she is nowhere near done fixing up the property. For the winter, she says she'll buy a small garden house to continue growing. When asked how you can donate or help, she said just bring more plants and vegetables to the corner of College Avenue and South Penn Street.