An estimated 450 million people around the world live with a mental health disorder, according to the world health organization.  Statistically, that means you ... 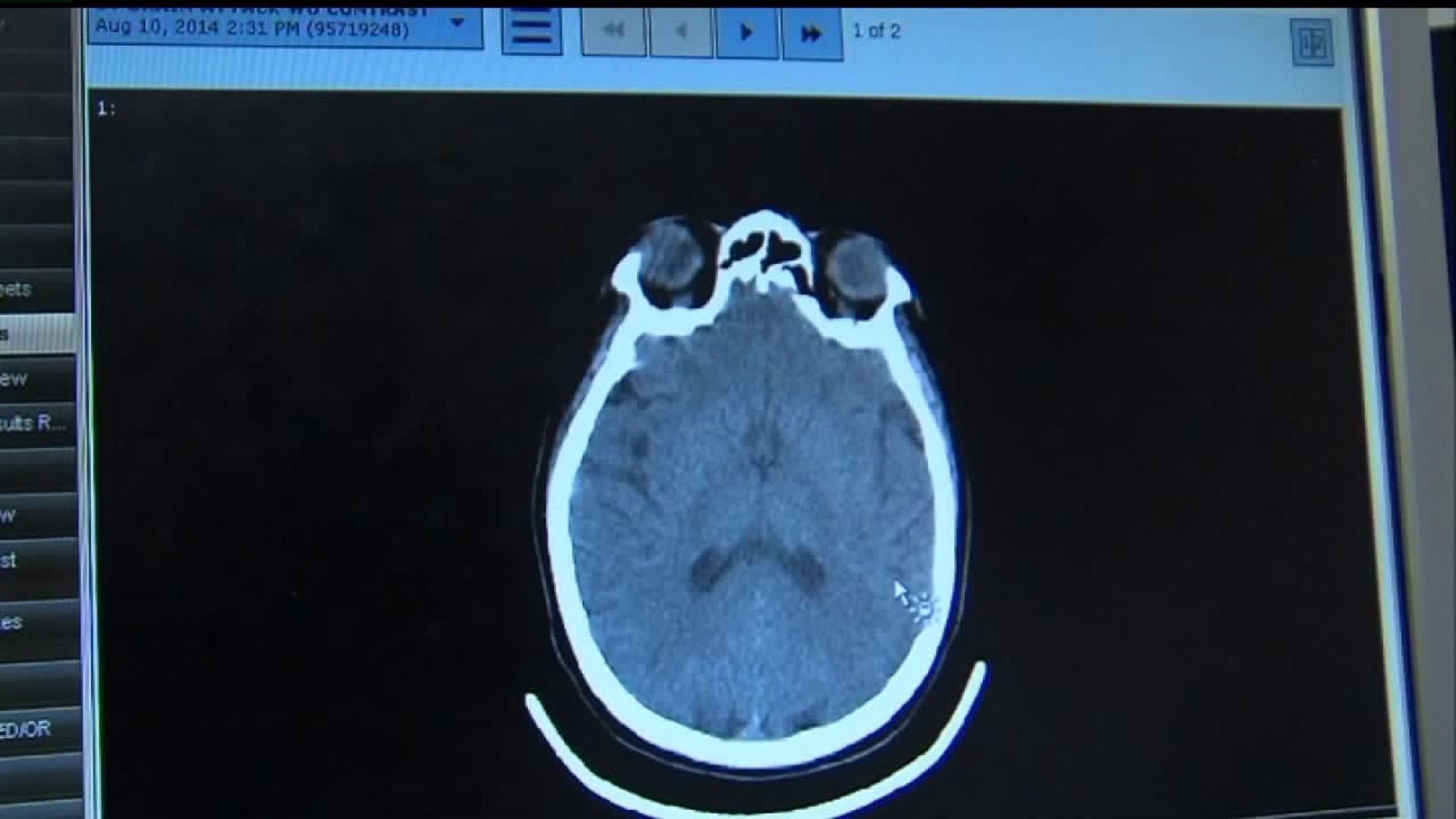 An estimated 450 million people around the world live with a mental health disorder, according to the world health organization.  Statistically, that means you probably know at least one person, who lives with a mental health issue because more than 15 percent of the world's population has one.  The most commonly diagnosed disorders are anxiety and depression.  The two commonly coincide and people living with either one are often afraid to seek help.

Sometimes our brains can work against us.  It's something people living with forms of anxiety and depression understand at a deeper level than anyone else.

"There's a negative script playing in your head the whole time and it's just not a happy place to be. It's really hard."

Tracy Carney lives with depression.  She's a wife, a mother of four, and works with the Pennsylvania Mental Health Consumers' Association.  Carney has lived with her diagnosis for years and is now in a place where she can speak openly about the downward spiral that forced her to get help.

"I just went through a time when I started to feel blue," she explains.  "No big deal at first.  Then the days kind of turned to weeks.  I started to have nightmares, not able to sleep, my anxiety increased, lost appetite, lost weight."

Depression is usually triggered by imbalances of hormones in the brain, creating near-constant feelings of sadness and hopelessness.  Tracy says her symptoms eventually made it impossible for her to function.

"My thoughts went to 'my husband needs a better wife' or 'my children need a better mother.'"

Tracy called her depression symptoms "agonizing," saying it drove her to contemplate suicide and that's when she begged her husband for help.

"I remember I grabbed him by the shirt collar and I shook him and I said 'you've got to help me or I'm not going to make it.'"

She went through an assortment of facilities and treatments before finally finding one that worked for her.  Now she works to eliminate the stigma surrounding mental health.

"I think stigma continues to be the reason people don't reach out for help.  Looking back on it, I wish I would've gotten help earlier."

John Venanzi sought help at the urging of his wife.  He says talking about his illnesses changed his perspective on life.

"I was very confused about where my place was in society," he says.  "I always knew I was different, in a good way, because I have positive things to contribute to the world."

John lives with severe anxiety, which just like depression, is a condition that stems from irregular brain responses.  Someone with anxiety experiences the fight-or-flight response.  It's a natural response to certain situations; however, people with anxiety disorders, experience that response in overdrive, and too often.  They worry, sometimes obsessively, and that can lead to physical symptoms: muscle tension, high heart rates, panic attacks.

John shares Tracy's view that the chemical levels in a person's brain shouldn't change the way the rest of the world looks at them.  In the current climate, though, it does.

"One person could change that stigma -- amazing."

So how do we change it?  Tracy says it comes down to conversation.

"When somebody is diagnosed with breast cancer, they meet with a team of people and each person tells them what's their role to get them to this place of wellness.  I want somebody to care as much for my brain as they do my breasts, let's put it that way."

She also encourages families to stand by their loved ones on the road to recovery, saying it could take a long time to find the right treatment.

"There's no quick fix for it," Tracy explains, "so be prepared for a long trip, but don't give up on your loved one."

With help, there is hope.

"It may be really difficult where you are now," Tracy says, "but there's hope.  People get well."

According to the Anxiety and Depression Association of America, nearly half of people diagnosed with depression are also living with an anxiety disorder.  Depression is also considered the leading cause of disability worldwide.  The World Health Organization says depression contributes to more than 5 percent of the overall global burden of disease.

For help with anxiety or depression, reach out to your primary doctor.  You can also call 211, or reach out to the Pennsylvania Mental Health Consumers' Association, or NAMI York County; any of which can connect you with the services that best match your needs.