MILLERSVILLE, P.A.— On Friday, police say they were alerted by Penn Manor School officials after a student found graffiti threatening to “shoot up t... 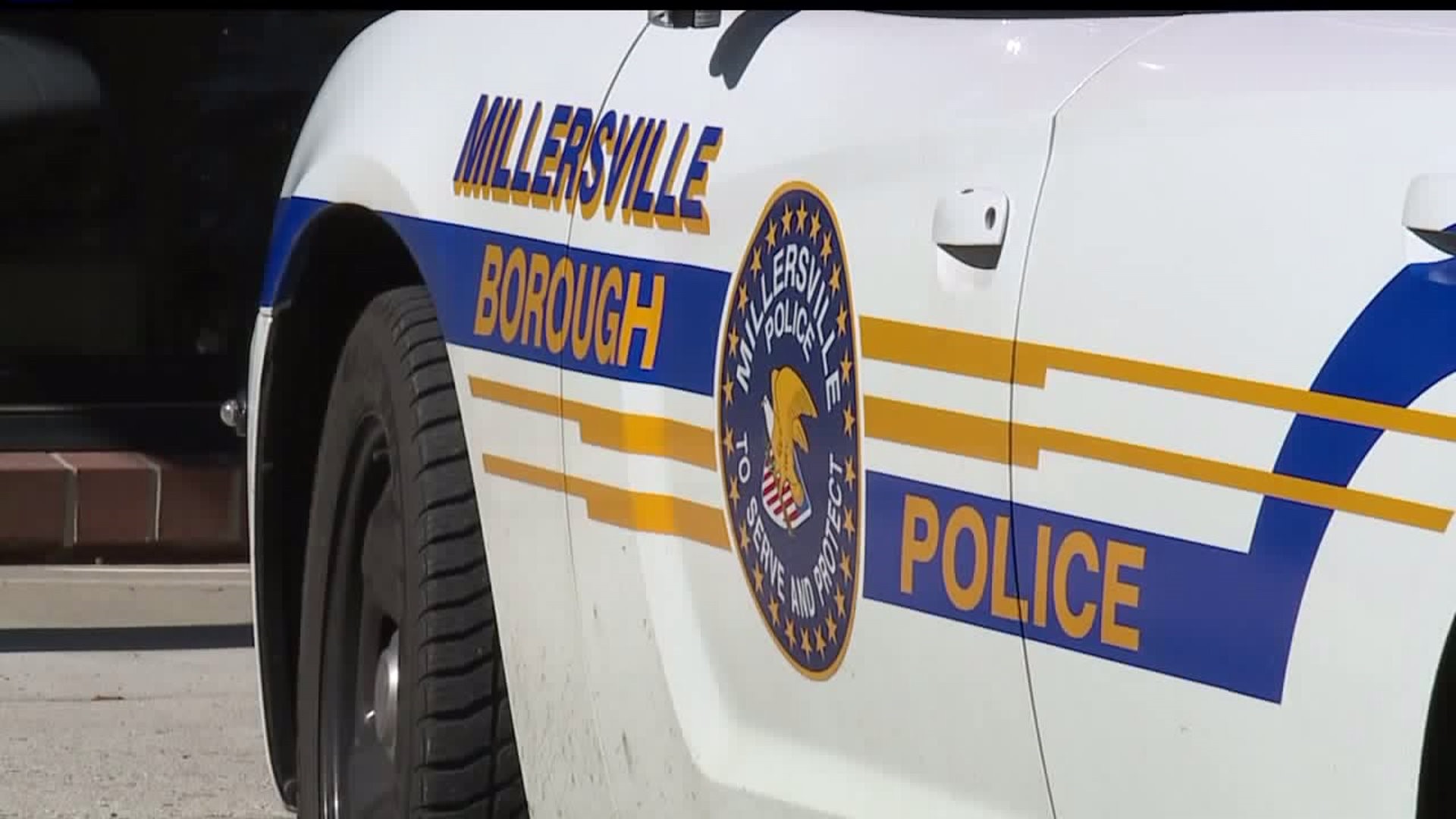 MILLERSVILLE, P.A.--- On Friday, police say they were alerted by Penn Manor School officials after a student found graffiti threatening to "shoot up the school" in a boy's bathroom at Penn Manor High School.

Authorities say an "immediate" response to the situation did not come up with an arrest Friday and throughout the weekend.

A heavy police presence greeted Penn Manor High students Monday and before 8 a.m, another threat was found written on a paper towel in the boy's bathroom, furthering the Friday threat.

"Nowhere near the amount of people could've used that bathroom within the first hour of school, compared to Friday which was later in the day. So now, when you jump on the camera system, you have a lot less people to go through," said LT. Jeff Margevich with the Millersville Borough Police department.

Through surveillance cameras, authorities were able to identify the suspect, a 17-year old student, and remove him from school.

Further questioning by investigators, which included the full cooperation of a parent of the student, led to the student allegedly admitting to both threats.

Authorities also say the student was found with no weapons to carry out such threats.

The student was charged by the Lancaster County District Attorney's Office, as a juvenile, with two counts of felony terroristic threats and two misdemeanor counts of disorderly conduct.

However, an assessment by a supervisor with Lancaster County Juvenile Probation determined the student was allowed to be released with his mother on Monday.

That decision did not sit well with Millersville Borough Police Chief John Rochat.

"I would tell you that is very appalling," said Chief Rochat.

He said he believes the student should've been held in detention, or the juvenile equivalent to bail, to await court hearings.

But the assessment by juvenile probations decided, otherwise.

"To think that...guarantees of the school being safe, I can't make that guarantee," said Chief Rochat.

Lancaster County Juvenile Probation Director David Mueller said they take the following steps to determine their decision: "First, we look at the charge and whether it is a detainable offense. Next, we use a Detention Risk Assessment Instrument that assists us in our decision. Then, we gather information from the police, the parents and other interested parties about the kid and whether there is supervision in the home. We assess if there are mental health issues that are at play in the situation as well as other factors like bullying or some other event that would cause someone to become unstable or be upset or angry. Finally, in the case of Terroristic Threats, does the juvenile have the ability or capability to carry out those threats? I.e. Access to weapons, etc. All of the information after the second bullet point is either an aggravating factor or a mitigating factor. Then, we make a decision."

Mueller also explained the "Detention Risk Assessment" as follows: "A risk assessment tool uses empirically based predictive factors of risk to reoffend and risk to abscond pending the next court hearing. The DRAI gives a “score” with a recommendation for either release, use of an alternative to detention or detain. That recommendation along with all of the investigation listed above goes into the final decision."

Although he could not get into the specifics of this case, Mueller said if they choose to release a kid, "alternatives to detention would be things like electronic monitoring, expedited court hearing, use of a community based service to provide additional supervision and services."

Rochat said he believes the student isn't being held accountable for his actions by allowing his release.

"It's not the right thing to do given the circumstances of what took place and what's taking place in this country."

When it comes to any concerns from the community, Mueller said "We are citizens and parents,too."

"Of course, we have feelings about situations like this and if we were concerned about community protection we would have acted differently. The DRAI (Detention Risk Assessment) has great predictive value and has been accurate in its recommendation if followed as well as the other factors considered. In a study recently that we did in our use of the DRAI of 80 Lancaster County kids who were given an alternative to detention or released rather than detained, only 1 reoffended with a new charge and only 6 more were unsuccessful for other reasons," said Mueller.

Rochat said law enforcement needs to send a message to other students that they won't take any threats lightly.

However, with this case, he said they're frustrated that after connecting all the dots, their recommendations weren't followed.

In response to comments made by Millersville Borough Police officials, Mueller issued the following statement: "I have the utmost respect for all of our police officers and the wonderful job that they are doing in protecting us and serving us. From the police chief’s viewpoint, something different should be done and I respect that. We happen to see it differently and that is okay. This is our charge and we take it very seriously. We are trying to prevent kids from entering the criminal court system and we have found and research will show that the best way to do that is in the community and by using cognitive behavioral interventions and resources. We are always balancing community protection, accountability to repair the harm to the victim and competency development. This is called Balanced and Restorative Justice which is now part of the Juvenile Act."

However, they did confirm the student is not at Penn Manor High School, at this time.