DAUPHIN COUNTY– A Millersburg High School senior is giving back after overcoming some of the toughest obstacles in life. “Am I going down a dark roa... 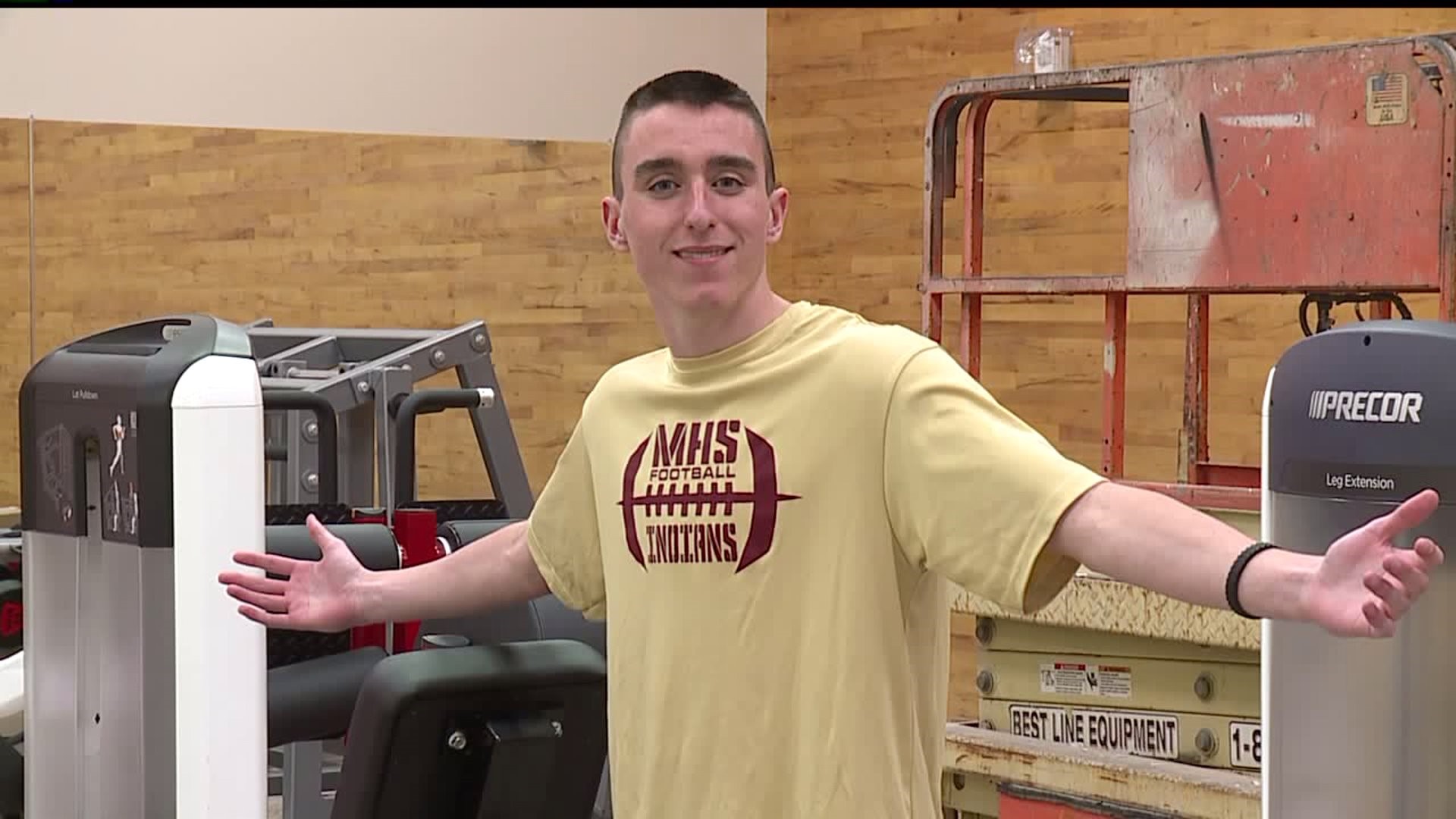 DAUPHIN COUNTY-- A Millersburg High School senior is giving back after overcoming some of the toughest obstacles in life.

"Am I going down a dark road? Absolutely," he said. "Am I scared? Not really, because I don't think about it."

Eric Erdman, of Millersburg, Pa., was just 16-years-old when he was diagnosed with a rare type of brain cancer, Anaplastic Grade III Ependymoma.

It is a type of cancer that only 200 kids a year are diagnosed with.

"My health, I don't look at it like it is a negative thing. It is what it is. You can't change it… the only direction I want to go is forward," said Eric.

He is giving back by founding the T.E.K. Foundation, which has the slogan, 'Give a Child a Voice.'

His foundation is named after his older brother Tylor, and his twin brother, Kyle, who died at birth.

Eric's main focus for his foundation is child abuse, abduction, bullying, and cancer.

He hopes that kids, like him, will find their voice and transform from the unfortunate circumstances.

His aunt nominated him to receive a wish from The Make-A-Wish Foundation, which granted the request.

Instead of using the wish on himself, Eric selflessly granted the wish to his school, Millersburg High School, and renovated a brand new weight room.

"This place...  kids can just come and just forget about everything... leave everything at the door and make them a better person,' said Eric.

The surrounding communities along with Eric's school have raised more than $60,000 to help pay to get him to Texas for his first brain surgery.

"They have given me my purpose to have this platform that I can give kids their voice and make sure, whatever they go through in life, they're not alone," said Eric.

Finding their voice is just the beginning. Eric is taking his foundation to new heights -- or should we say, new speeds.

"He came to me and said Aunt Ang... why don't we try and bring awareness to NASCAR? NASCAR is such a huge platform," said Angela Ruch, Eric's aunt and NASCAR Xfinity Driver.

Angela Ruch has been racing around the NASCAR circuit for 10-years, and is currently driving in the NASCAR Xfinity Series. Driving for Eric's foundation.

"My main goal and the reason I am here is for Eric," she said. "And to raise awareness... I'm in one of the elite series so it's a dream for me as well as him so I think together we'll make some changes in the world."

Those changes start with raising more money to spread awareness even further, so other kids, like Eric, can find their voice.

Eric explained, "A person who is talking about it, living about it, going through it day to day... it's unique. I just think, it can bring, and hoping it will bring new sponsors to the table."

He hopes NASCAR will help with the goal of attracting sponsors.

"Together, I think her (Angela) and I can accomplish anything," Eric said.

Eric's aunt and uncle have been Eric's backbone since being diagnosed. They have paved the way to get him throughout countless surgeries and rounds of radiation.

"(Aunt and Uncle)…they have been so impactful and, just so moving. Words can't express the amount of love I have for them," said Eric.

A year and a half after his first brain surgery, Eric has been denied opportunities for a clinical trial and is in need of a third brain surgery.

"We don't know what's going to happen because where the tumor is positioned, it is on all of my motor functions. There's a high, high percentage I will become a vegetable," said Eric.

Eric hopes that won't happen, so he can continue keeping those in need.

"It sounds insane but I'm glad it happened, because I'm the person today because of all the stuff I went through and if you're a kid dealing with this and trying talk about stuff. It's alright. It's never your fault an will never be your fault," said Eric.

Eric still does not know when or even where he's third surgery will be. With a possible third surgery on his mind, it does not change what he is doing for his foundation.

"At the end of the day, when all the dust settles and I may be gone... I want my foundation to live on," said Eric.

As long as the funds are there, Eric want's to continue paying it forward as long as he can... traveling to surrounding schools and giving kids a place they can be themselves.

For more information on Eric's foundation or if you would like to donate, you can visit their website here.